Talented, wise beyond his years and the next John Mayer are all words that have come to describe Simon Lunche. The 19 year old pop artist isn’t just some kid making music after high school band, he’s a fully formed musician with something to say. Born and bred in the college town of Berkeley, California, Simon grew up around all different kinds of people and places that helped shape who he is as a musician and artist. He began playing the guitar at an early age, starting at just 5 years old. A childhood prodigy of sorts, Simon used GarageBand on an old iMac to record hundreds of songs. From there Simon used  M-Audio and graduated to using studios around the area and eventually Los Angeles. That work ethic and the resounding base of music that Simon has created is reflected in the entirety of the album, including all of its singles which were exclusively produced and written by Simon Lunche.

“I hope people see and feel the struggle in this work, and also the humanity in these songs. I hope I help them to feel and know that we are all human. I’m just a regular person trying to get the feelings and experiences across. I think I did that with a lot of these songs and I’m proud to have made something that I think people will feel,”  says Simon. 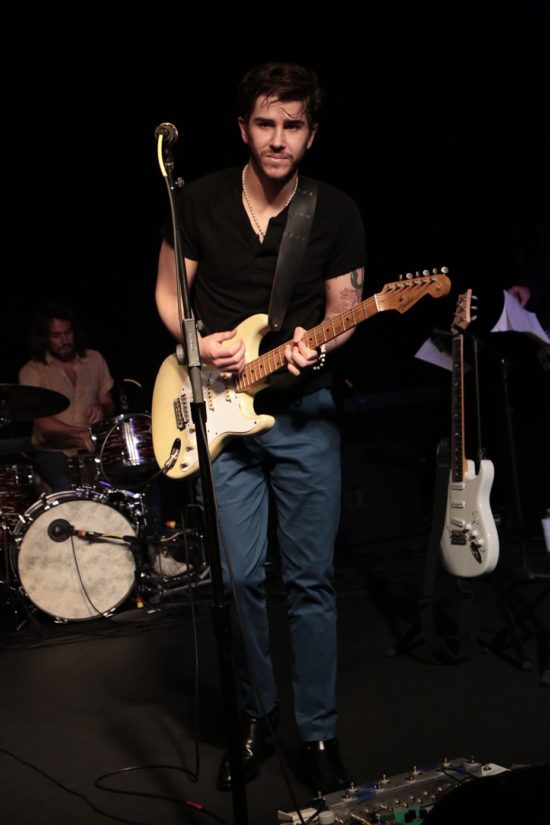 While plans have changed drastically due to COVID-19 Simon has adapted to the changing world. “Originally my plans for the next few months included touring to promote my record. Now all of that has been cancelled until further notice. It took me a little while at first to figure out how to best spend this time. Having just spent over a year in the studio and staring at Pro-Tools I was a little reluctant to turn the rig right back on,” Simon Lunche said. Hosting a private, COVID-friendly showcase in Los Angeles at SIR Recording Studios, Simon entertained the crowd alongside Sean Hurley (Bass player for John Mayer) and was supported by Bravolebrity Ali Levine, Native Wayne, Greg Daniels and others.

“Now that we’re more than a few months into this pandemic the creativity has started flowing again and I’ve been working on a bunch of new music.  That’s what I’m going to be doing for the foreseeable future. Whatever the next project is after this album will likely be full of a ton of songs written and produced during quarantine. That being said, I’m also trying my best these next few months to find creative ways to connect with my fans and promote this current album despite COVID. Whether it’s live stream shows on social media, or through little private zoom shows I’ve been doing I am going to continue to find ways to promote these songs despite the situation.”

When asked to describe what he wants his music to sound like, and where he sees his music evolving to in the future, Simon explained that many songs on his last album to him felt like summertime. “If I could synthesize flowers blooming, the sun coming out and months of rain into a sound, I would do it. That’s what I want my music to sound like, and that’s what I’m going for. I tried to lean into a sound with some of my new songs, and hopefully that ends up coming through.”
Simon Lunche’s music is currently available on Spotify, and you can follow him and his music on Instagram: @simonlunche

"Beauty is overrated, your confidence is within your personality" says influencer Javi Costa Polo