Co-Founder of tentree David Luba told me a story as we sat outside a coffee shop in LA about a man from Senegal, Malik. Malik was a peanut farmer like many others in his community, taking six months of the year to plant and harvest his peanut crops, and the other six months to sell them from his wheelbarrow to the surrounding villages. For this grueling work under the Senegal sun, Malik would make $250 for the year, providing for himself, his wife and his daughter. What starts off as a promising crop with some consistent money in the beginning, peanut crops begin to ravage the soil season after season, stealing the nutrients and making the land practically un-plantable. For farmers and their families around the world, peanuts and other nutrient-reducing plants that dry out the soil are a sole means of income, and have become a vicious cycle, making it nearly impossible to overcome adversity. 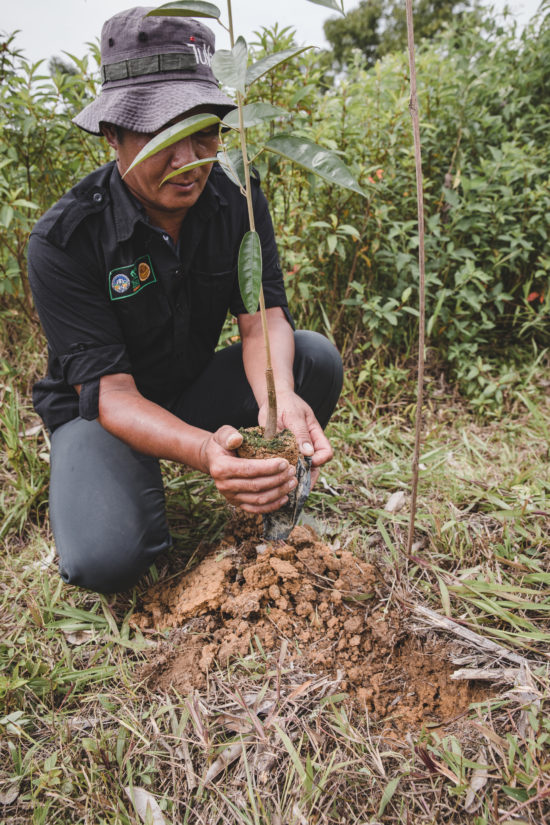 One company is doing what it can to combat this epidemic of poverty, deforestation and aiding the endangered species by planting trees in villages like Malik’s around the world. A clothing company with a similar mission to that of the famous TOM’s shoes, tentree plants ten trees for EVERY purchase made. Whether you’re buying one of their backpacks made from fully recycled materials (even the zippers have been re-used) or one of their very fashionable-and comfortable!-jumpsuits, you’re giving back to the worldwide community, and essentially changing the world.

Offering products for both men and women and a range of accessories with an outdoorsy aesthetic, each products comes with a ‘tree token’ on the hang tag which (once registered online) tells you the exact location of the ten trees you’ve planted through the company. Buy clothes and at the same time contribute to repopulating trees in areas that have been overwhelmed by over-cutting? We’re 100% on board. 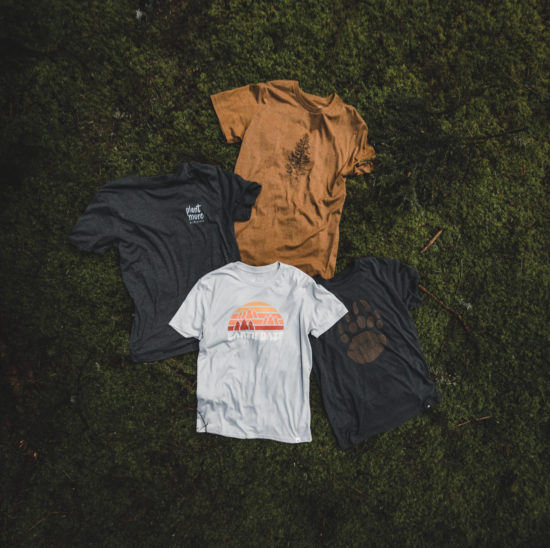 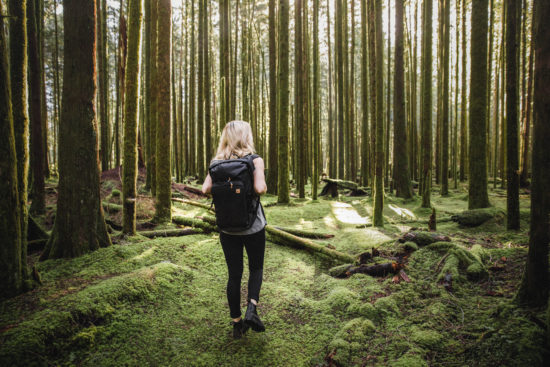 Working with a number non-profits that are solely focused on environmental efforts, and specifically those dedicated to reforestation is one of the main ways tentree can ensure that not only are your trees being planted, but the trees being planted are local to the location and can actively effect change. After working with NGOs and finding leaders in the community who relate which trees are native and also speak the local dialect and language, tentree has their own research team that does an in-depth analysis on the location, visits it personally and determines what effects tree-planting there will bring. By answering questions like ‘how much will the trees help this location in this country, versus that location in another country?’ and ‘how are these trees going to help the local community?’  tentree compiles the information, taking into consideration factors like unemployment rates, which communities will benefit the most from the trees, as well as the animal population and how replanting trees there can possibly help endangered species, and only then do they make their decision and begin their next reforestation site.

tentree’s goal is to plant 1 Billion trees, and after 7 years in business they’ve planted a staggering 30 million trees worldwide. Working hands-on in countries like Senegal and Madagascar, each kind of tree planted has unique abilities to the specific community, and ten trees can offset up to ten tons of carbon throughout the trees’ lives, enough to offset 2 cars’ carbon emissions for an entire year.

In Madagascar for example, the trees were cut down year after year by fisherman to provide shelters, make essential tools and build boats. Once the trees were cut down, the natural habitat for the fish was gone, and then so too were the fish. Villagers became indebted to local ‘fish lords,’ renting boats in exchange for 5 fish, which eventually they could not pay. tentree has worked very consciously to go into villages around Madagascar to empower community members to become local tree planters and plant new mangrove trees, while also educating them on the effects and consequences of cutting down trees. As the mangrove trees grow, so does the fish population, and the fisherman are slowly able to go back to their once sustainable way of life. With 17 million mangrove trees planted and rising in Madagascar, tentree is completely redeveloping a country and its countrymen who were being taken advantage of by a vicious system. 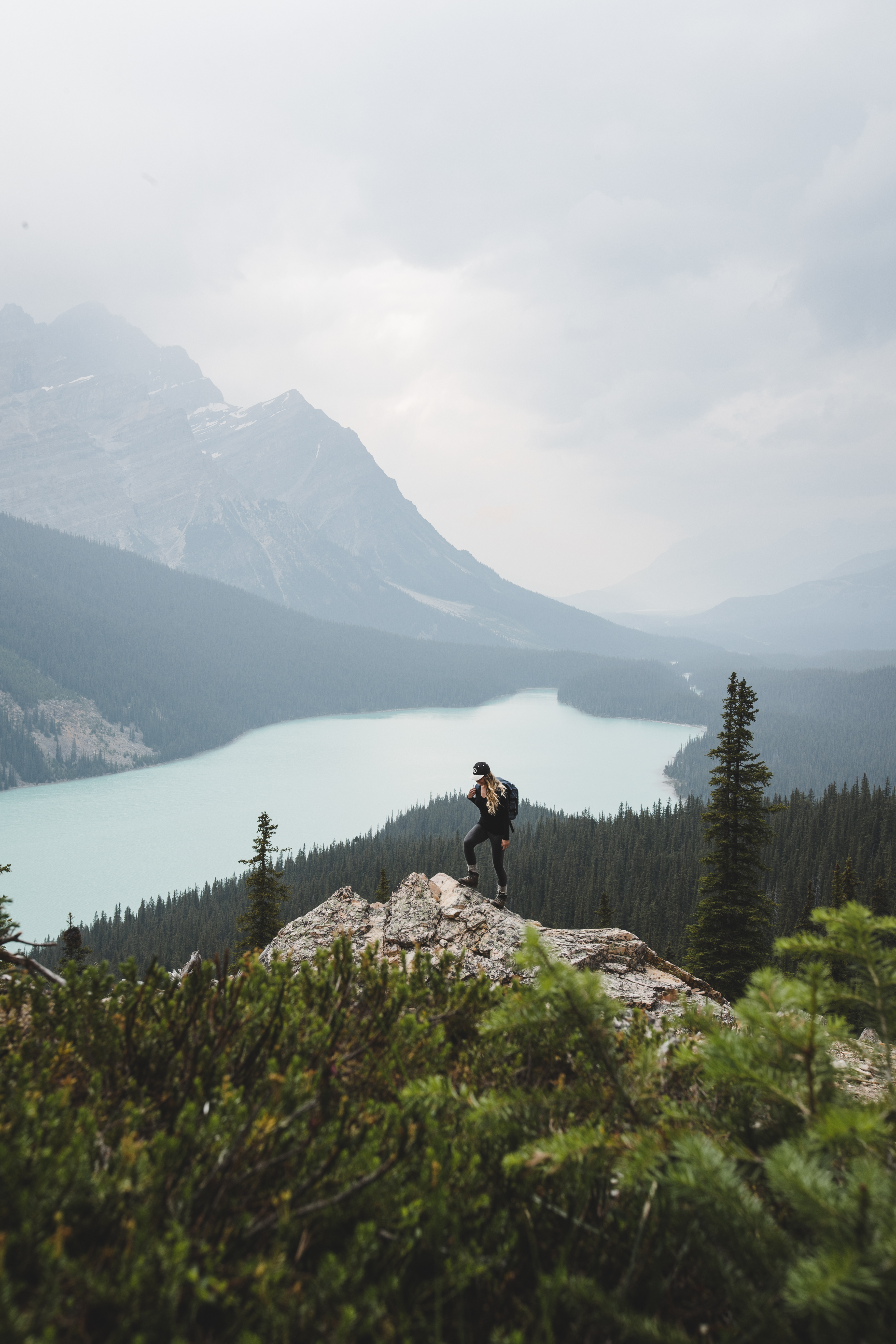 In Senegal tentree’s operation is a garden forestry model, with planters harvesting vegetables and plants as well as trees. Malik is now working as a community leader and planter with tentree’s reforestation site there, and teaching twenty-five former peanut farmers from his community how to plant trees instead of peanuts. Making $2500 a year (which is above the poverty line in Senegal) instead of $250, Malik is now able to work near his family throughout the year and put nutrients back into the land, all from the efforts of tentrees’ unique projects.

“It’s more than just the environment for us, it’s about lifting people up from poverty by providing them with employment. The best way to break the poverty cycle is not giving hand-outs, but giving hand-ups” says David Luba. 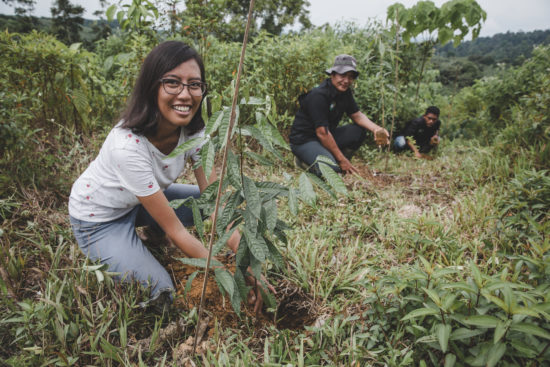 Currently, tentree has reforestation site operations in Madagascar, Senegal, Haiti, Indonesia, Canada, the US,  Nepal, Cambodia, Mexico, with plans to expand their reach even further. “In Indonesia, many forests have been ravaged as millions of trees have been cut down for palm oil, so we’re planting mangrove trees and pineapple trees and releasing a limited edition collection, with proceeds directly going towards reforestation efforts there” says David. In Mexico, tentree is working to replant the trees within the Monarch Butterfly reserve, the only place on earth Monarch Butterflies repopulate, while also educating the public on the need for trees there. In Haiti, tentree is planting trees at the border of Haiti and the Dominican Republic, two nations who have historically never gotten along, both nations which are now taking steps to redevelop the area and repopulate the trees.

tentree is clearly more than a clothing company, and ‘wasn’t even what we got in business for’ jokes David. “We started as experts in planting trees, but also wanted to work to change an industry that’s historically been very bad to the environment. We combined both and now are able to help people, places and animals all around the world.” It’s unheard of for a company, and a fashion brand at that to give back so much, immediately. Long gone are days of buying amenities without knowing what’s in them or where they came from, but tentree proves that you can also buy responsibly and instantly see what, and where you’ve contributed to. It’s taking shopping without buyer’s remorse to a whole new level. 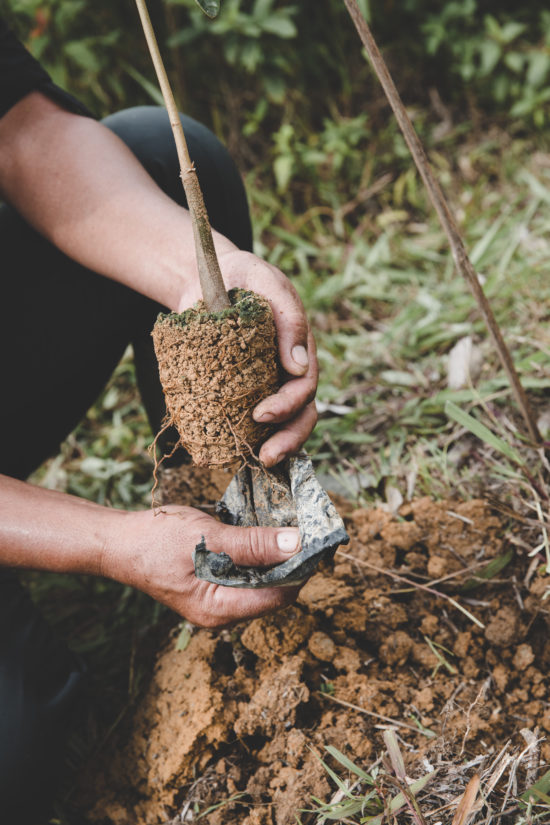 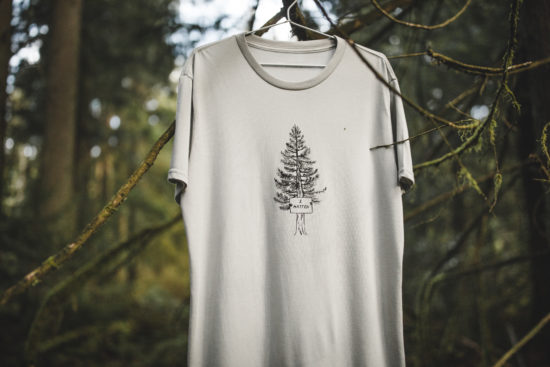 MoreDash, the Fashion Brand Changing the Face of Retail Shopping