Emilie Helmstedt is the designer to remember. breaking barriers with her wild prints, Helmstedt has established herself as a favorite of street-style stars and celebs alike. Her most recent collection premiered at Copenhagen Fashion Week yesterday, to a awe-struck audience, as her Alice-in-Wonderland-esque runway included models wearing tea cup necklaces and hats and belts made out of cutlery merged with splashes of prints in dresses, jackets, loungewear 2 piece sets and more.

LAFM sat down with Emilie to discuss the inspiration behind her fashion, and what’s next for this captivating designer, check it out below! 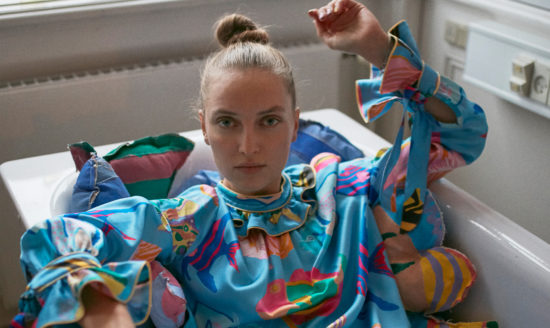 LAFM: Emilie, your pieces are beautiful as they are unique, can you tell us your story and how you into designing clothes?

Emilie Helmstedt: I come from a very artistic background. My great-grandmother was a hat maker and my grandmother is a goblin artists, making her own blankets. My stepdad worked as an artist and assisted the Danish artist Poul Gernes, so I really come from a home of color in textiles, furniture and on the walls, so I guess design has come quite naturally for me. Also the “leisure club” (a Danish kids club children go to after school that includes arts & crafts) I attended as a kid had a huge influence on me, one of the teachers there taught me how to sew and helped me executed some of my crazy ideas from a young age. Ever since, I’ve studied the design of clothes and furniture-I even studied as a blacksmith-to get experience with as many materials and forms of my creativity as possible. 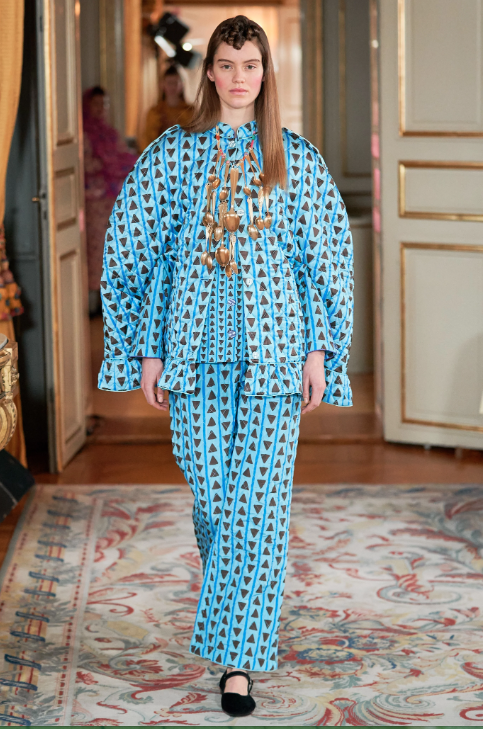 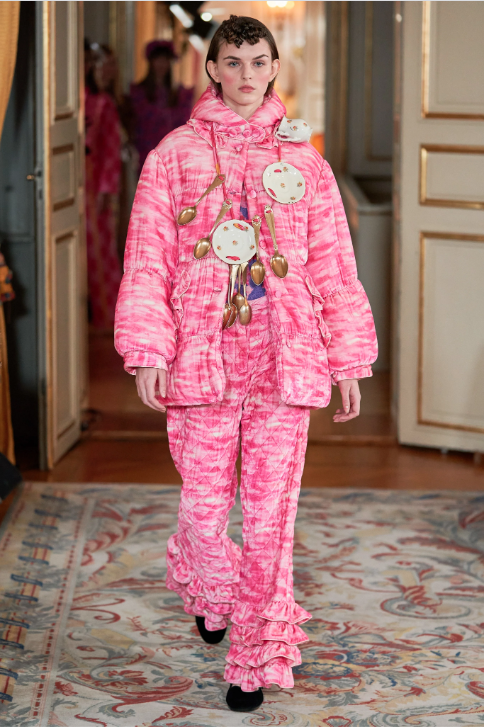 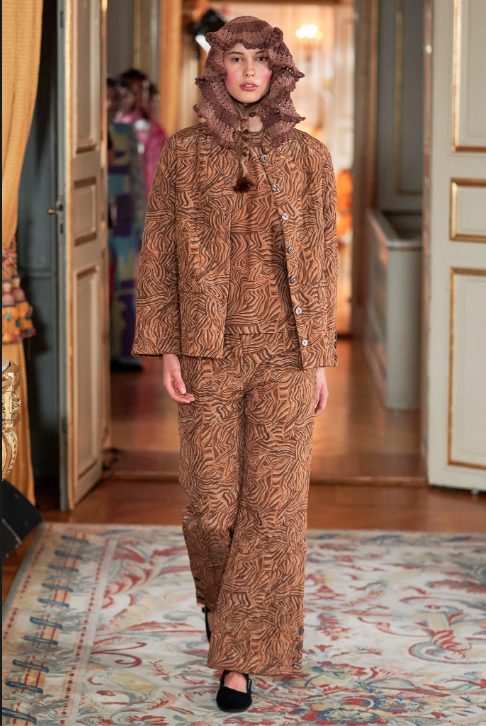 LAFM: I love the concept of ‘luxury loungewear that’s being brought out of the bedroom’ as one writer used to describe your work. Can you tell us the inspiration and design process that goes into your pieces?
EH: I’ve always found great inspiration in 1950’s and 60’s loungewear, it exudes luxury and comfort and is something that is weighed heavily in designs. Also, those pieces were about wearing something luxurious for yourself. I think dressing for yourself is really important, and I like the playfulness of wearing ‘nightwear’ in the daytime! In my newer collections, I’ve started to incorporates styles-without loungewear references-which I’m really excited about! It’s important for me that Helmstedt is always evolving as we’re growing and learning. 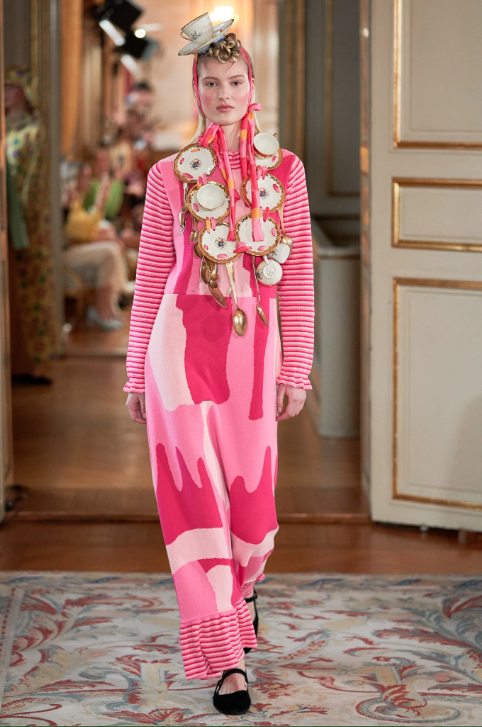 LAFM: Emilie, you launched your first collection, Oceania SS19 during Copenhagen Fashion Week 2 years ago, and have garnered immense recognition by major publications, can you tell us what that journey has been like for you?
EH: It’s been amazing! Every day is so exciting and so different from yesterday. I really appreciate all the recognition from the press, but also from my customers. This last year has allowed me to hire staff and let me focus more on design. Having my own team while receiving all this amazing feedback on my designs are truly a dream. I love to see how people dive into my universe and find their own inspiration. A lot of international influencers such as Courtney Trop, Harling Ross, Marta Cygan and Maria Bernard have worn my designs, which I am so grateful for! It really adds another dimension to my universe. I’m really thankful for everyone that dreams with me!” 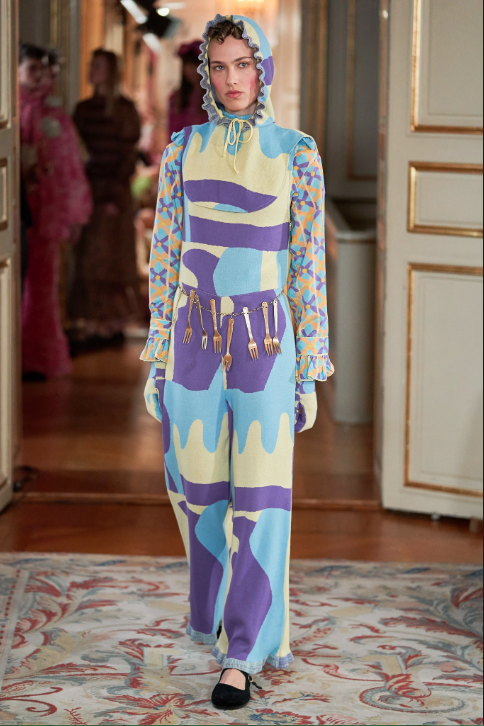 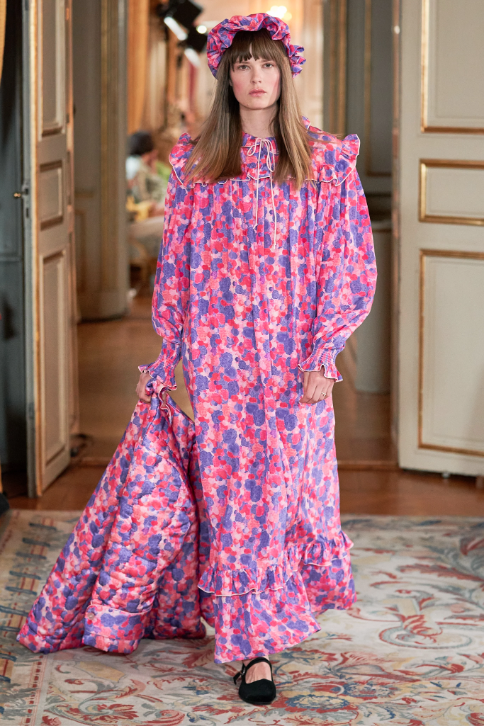 LAFM: Amazing, well we can’t wait to see what’s next in the vivid imagination of Emilie Helmstedt! And my last question-what’s next for Helmstedt? Where do you see yourself and the company in the next year or say, 5 years?
EH: The vision for Helmstedt has been from the start to create a space where there’s room for creativity and unconventional thinking. I don’t see Helmstedt only working in one medium-such as clothes, I see Helmstedt as something more than that, more than a brand. Helmstedt is a place where I can work with ceramics, art and homeware in many different forms, such as the giant Princess and the Pea inspired bed I built for a runway show. I want Helmstedt to tell stories, and to make people feel something. That is what’s most important to me!
Also, we’ve experienced really great online sales in the US as well as great press, and are looking forward to meeting the high demand with some very exciting sales news, which will be revealed in the near future!

The Best, Worst and Weirdest Dressed at the BAFTAs 2020