Halloween is a time of trick-or-treating and dry ice cocktails, spooky decorations and Michael Jackson’s Thriller, with a funny, possibly topical costume in play. But if you’re a celebrity it’s all about have the best, most unique or hilarious costume idea of the day! This year celebs showed up with some jaw-dropping costumes. From Kim Kardashian’s full Elle Woods Harvard Essay Video spoof, to Heidi Klum’s horrifying alien-escaped-from-the-lab look, we’ve put together the Best Dressed from thus year! Check everyone out below! 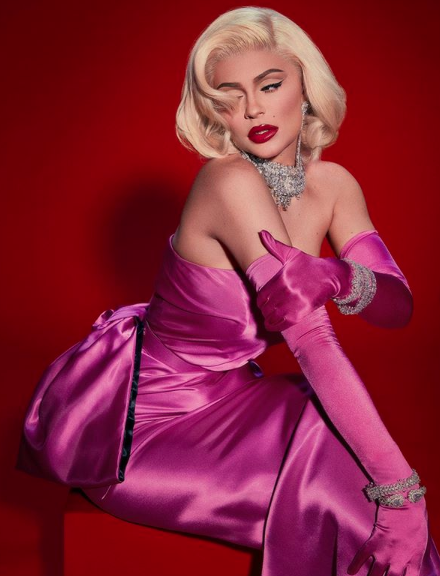 2. Lisa Rinna was too hot to handle when she dressed up as JLo’s closing Versace Milan runway show look (and her 1999 Grammy’s look) at the Casamigos Halloween party this year 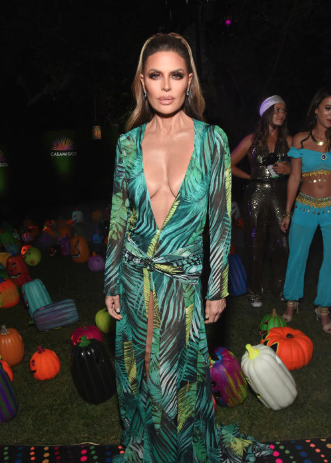 3. Jessica Biel and hubby Justin Timberlake made heads turn-and laugh-when Jessica dressed as Justin during his N’Sync days, and Justin was a huge microphone! 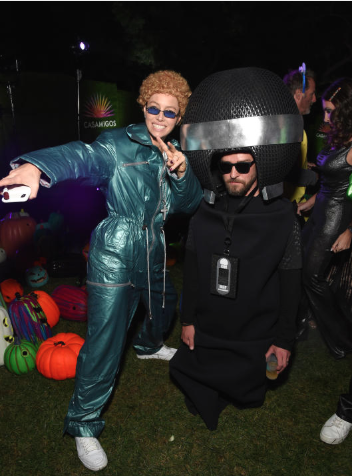 4. G-Eazy’s Edward Scissorhands costume was spot on and spooky as Hell! We always love a good 90’s movie throwback! 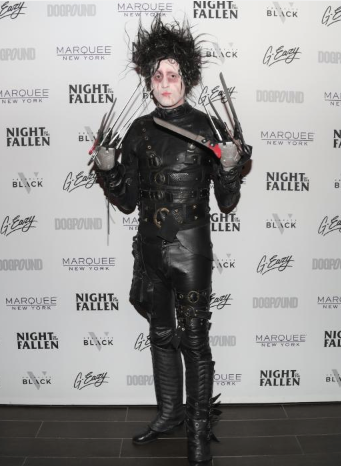 5. Possibly the second Queen of Halloween after Heidi is Kim Kardashian. The Reality TV starlet and family dressed as The Flintstones, complete with Kanye as the Dino! 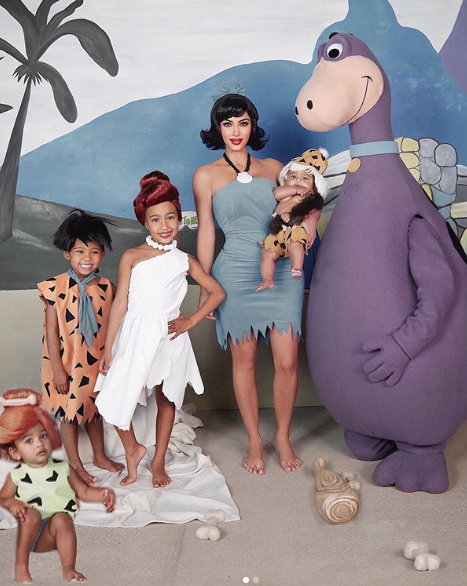 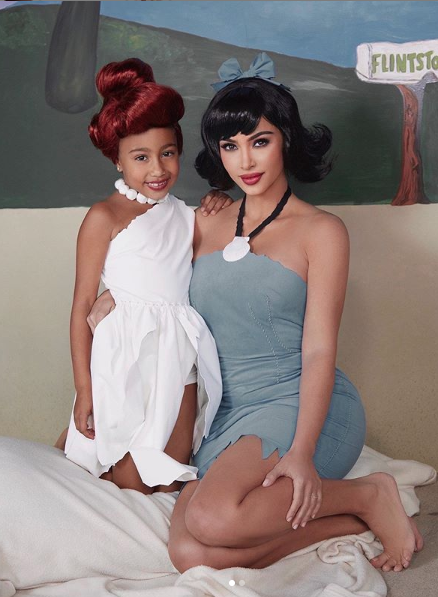 6. Kim K donned not one but two perfectly executed outfits! Complete with a full remake of Elle Wood’s Harvard Application Video in Legally Blonde, Kim K donned some of Elle’s most iconic looks, and we’re loving it! 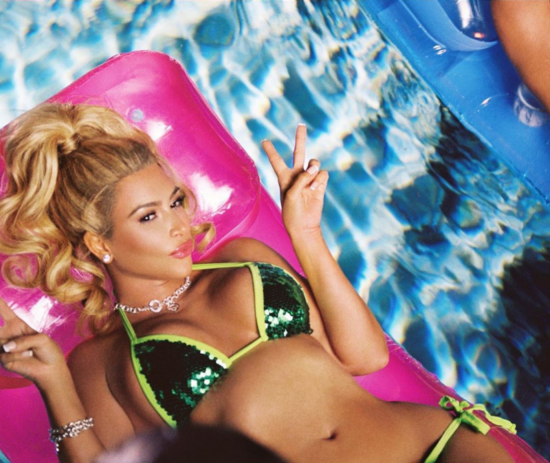 7. Cardi b showed off her sexy figure when she dressed as Poison Ivy this Halloween complete with a Rapunzel-esque hair-do! I don’t see red bottoms but I do see red locks!!! 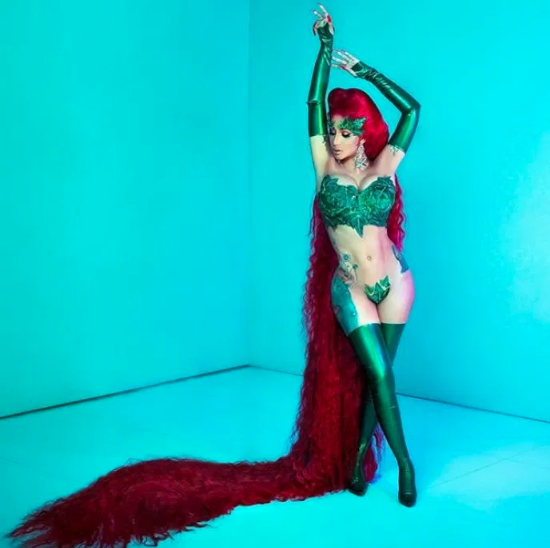 8. If you’re looking for a winner for Halloween costumes this year, Ciara and husband Russell Wilson’s Beyonce and Jay Z look from their music video ‘Apeshit’ is one of the best ones we’ve seen yet! 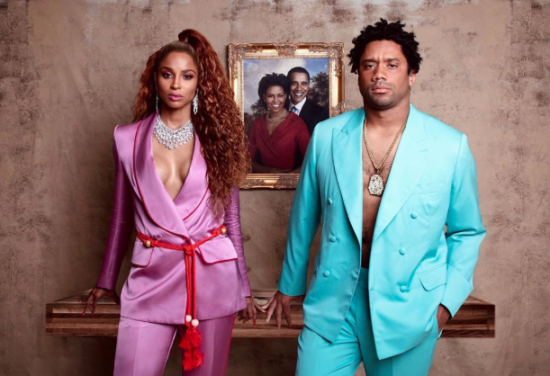 9. Kendall Jenner celebrated her birthday this year in style with a Halloween-birthday Party. The Birthday girl dressed as a Golden Fairy complete with two white horses to make this one of the most beautiful looks of Halloween! 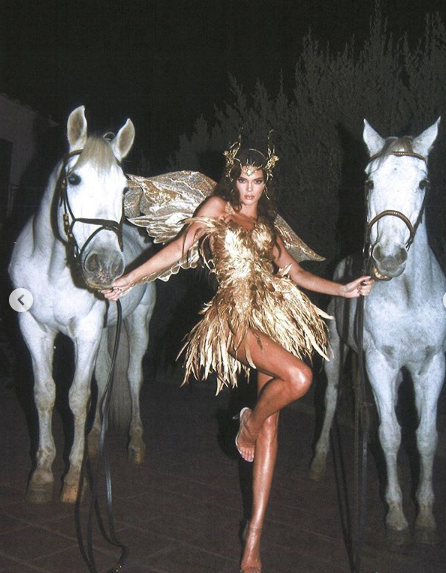 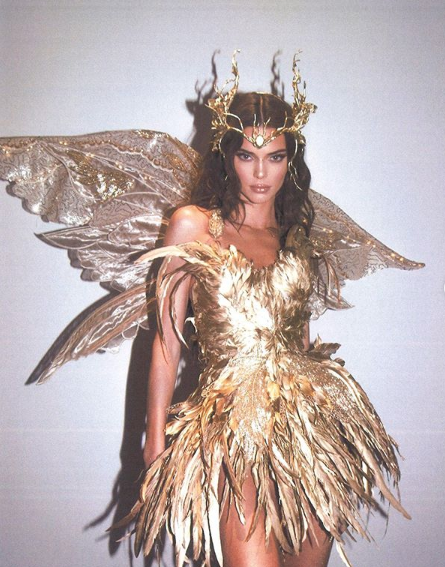 10. Demi Lovato went all out as she dressed as Marie Antoinette this Halloween 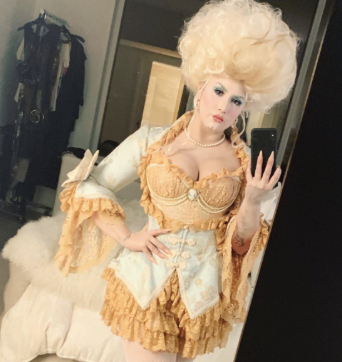 11. Comedian Benito Skinner is always one to make us laugh with his Kardashian impressions, but his ‘Kylie Jenner from the Met Gala’ look at Heidi Klum’s Halloween Party last night was a show-stopper! Killin’ it Benny! 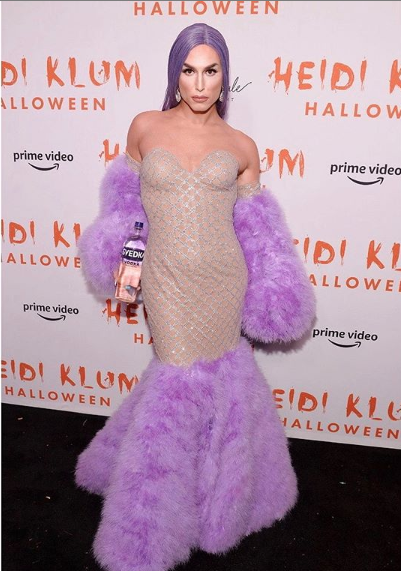 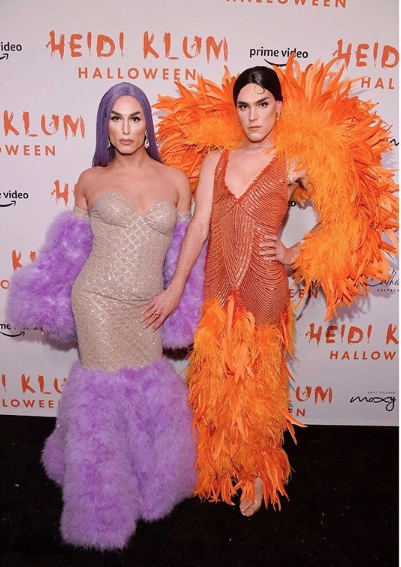 12. Halsey and boyfriend Evan Peter’s Sonny and Cher matching polka-dot get-up was spot on, and we’re all for it! 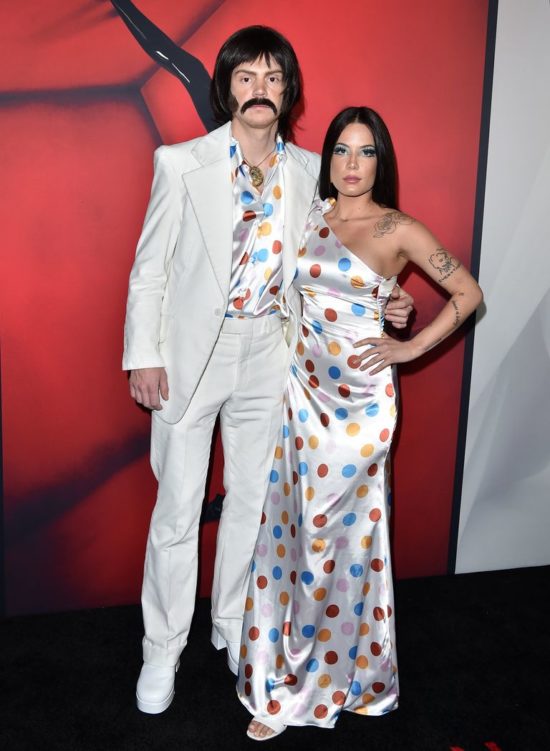 13. It Girl and Supermodel Gigi Hadid always has a flair for doing some awesome costumes, and her look this year from The Mask was no exception. Complete with contoured green face paint and this yellow suit, we’re living for it Gigi! 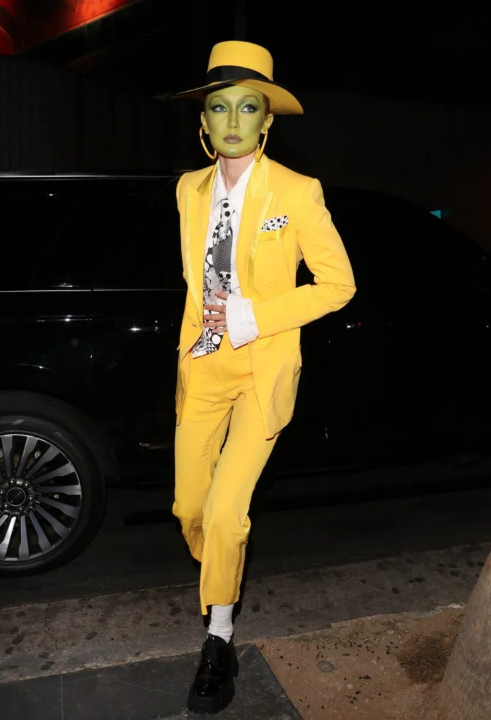 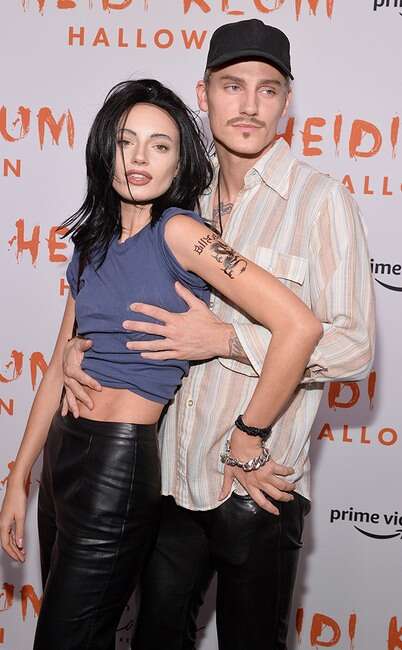 15. Ariana Grande was practically unrecognizable when she dressed as a character from Twilight Zone’s ‘Eye of the Beholder’ episode this Halloween! 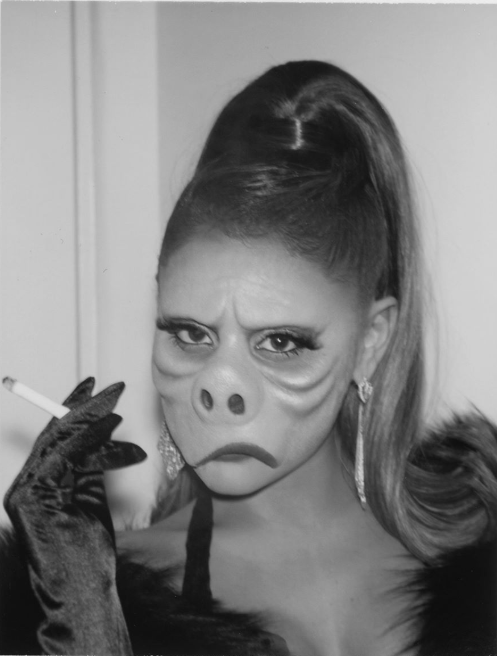 16. The Queen of Halloween stunned red carpet photographers, fans and party-goers when she arrived to her Biohazard themed Halloween party with husband Tom Kaulitz when they arrived as a lovestruck and bloody astronaut and a scary escaped-from-the-lab alien this year! 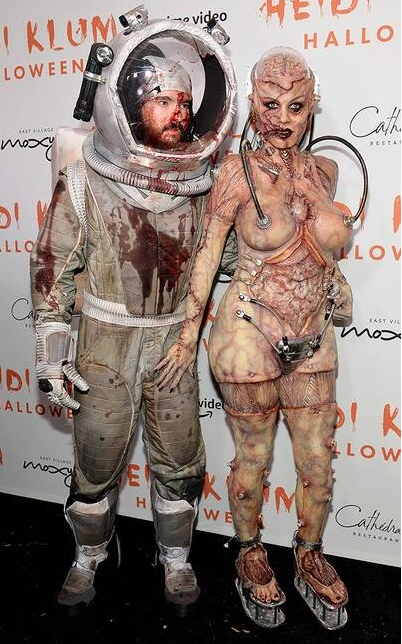 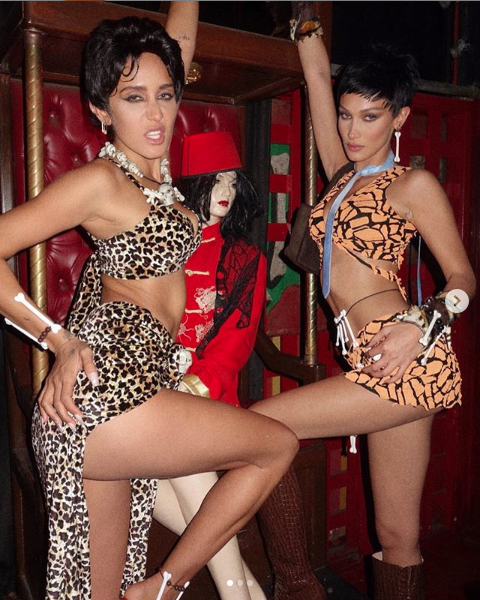 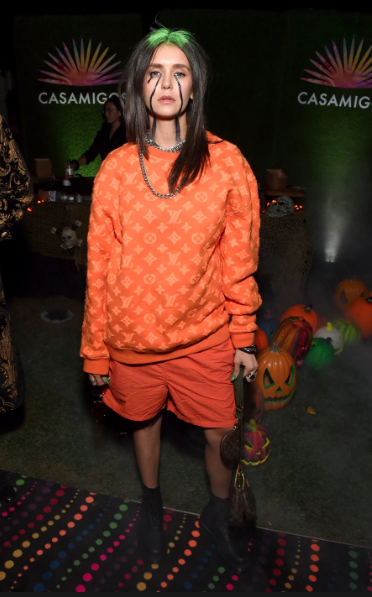 19. Funnygirl Ellen Degeneres had audiences non-stop laughing when she dressed as ‘Cardi E’ to surprise guest Cardi B on her Halloween special! 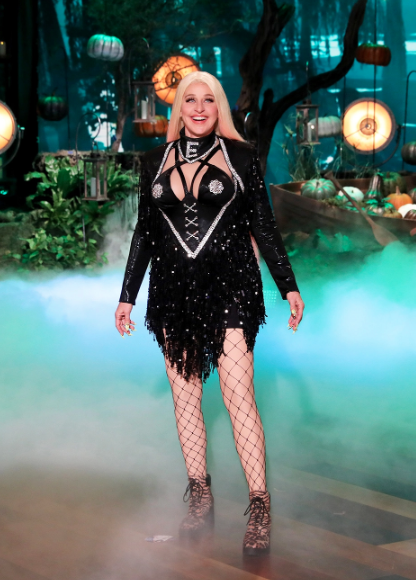 20. La La Anthony was sexy and spooky in her Maleficent costume for a Halloween party in NYC 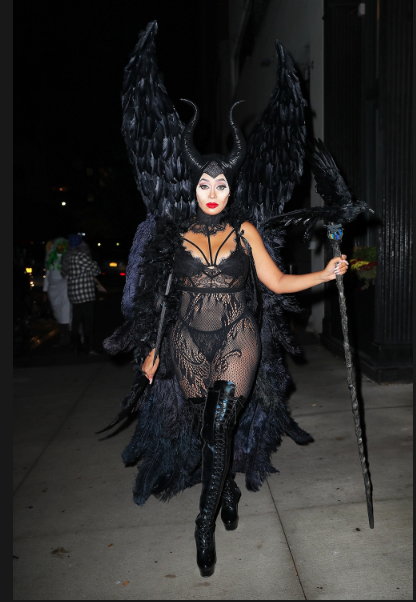 21. Last but certainly not least was Michael Douglas and Catherine Zeta-Jones’s stunning costumes as Peter Toole’s Lawrence of Arabia and Jean Harlow from Dinner at Eight. We’re loving this commitment to classic film stars! 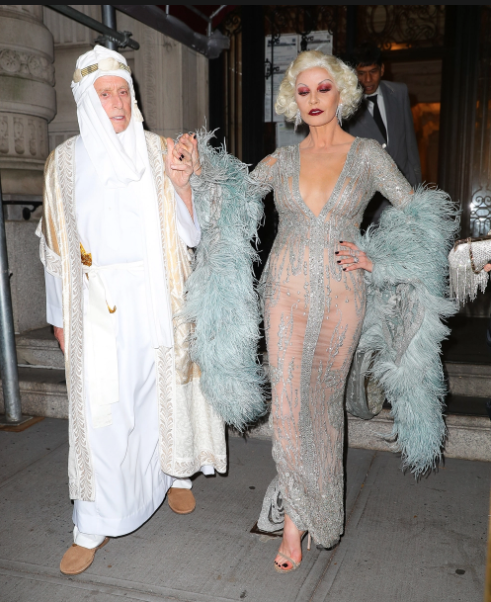