Jasmin Shojai, an exotic mix of Per 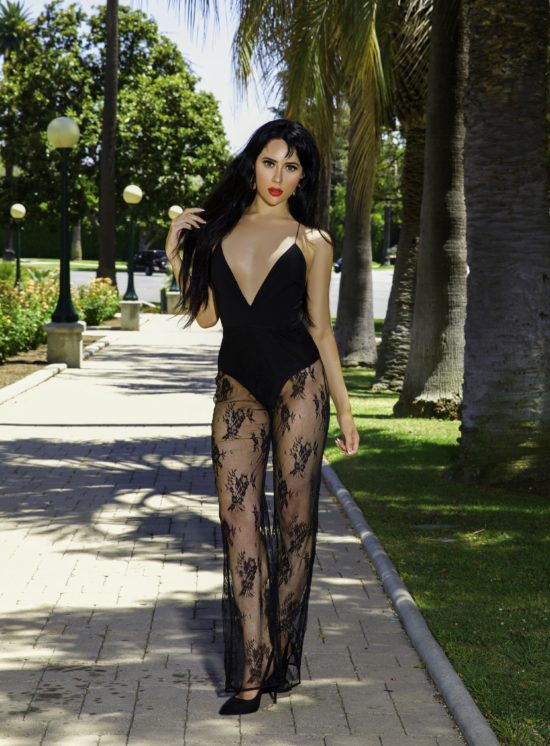 sian and German, named “a true international smoke show” by Maxim USA, was just recently in the ‘City of Angels’ – Los Angeles, CA.  Miss Shojai is not just known for her beautiful looks but the supermodel has won the title of ‘Australia’s Top Glamour Model’ for two consecutive years (2017 & 2018). She has appeared in some of the world’s major media outlets such as Playboy Croatia, where she was awarded ‘Playmate of the Month’. She has also posed for FHM and Maxim in her years of modelling. The exotic beauty has been working hard and has achieved so much internationally over the course of 4 years of building her career.  Miss Shojai is also an aspiring actress with her most recent roles in the US film ‘The Alliance’ by Robert L. Butler and  Australian mini-series called ‘At the Phoenix’ by Verfreude Pictures. Both of the films scheduled to premiere very soon.

Whilst in one of the biggest entertainment cities in the world Hollywood, CA. Miss Shojai dropped in with Dash Radio’s ‘Kaliente Girls’ to talk about her career and inspirational journey since experiencing domestic violence. It was an incredible experience for her to speak on an American radio station for the first time. She also spoke on LA Talk Radio with ‘Sam in the morning’.

With projects in Canada, Jasmin starred as a ‘Guest Anchor’ on Toronto’s own ‘Naked News’, the station renowned for broadcasting the news with the hottest models showing little to nothing. The exotic beauty absolutely enjoyed her experience on set and we are sure the viewers enjoyed watching her too!

Miss Shojai continues to enjoy travelling and we are sure we will see more of her across the world.You can view and follow all of Jasmin’s adventures, photoshoots and more, including her exciting new Beverly Hills photoshoot on her Instagram.

William Mahoney- Menswear Made For Your 6'0+ Man!