You may not have heard of French-African luxury fashion brand, French Deal, but you’ve seen it on A-List Celebrities, NBA players, Grammy-Award Winning Hip-Hop Artists, and possibly on the streets of LA, NYC, Paris and beyond. Created by French designer Steeven Kodjia in 2002, French Deal is the collaboration of Kodjia-who also was a professional dancer, NBA Player Ian Mahinmi, and Professional Footballer Ousmane Dabo (who both came on in 2012), that’s a mix of high-end suits, jackets and bombers, tailored shirts and trousers that are all genderless, and can be worn on the red carpet or out and about in the city. With influences of the founders’ African heritage, hip-hop, and street-style, French Deal blends high end fabrics with unique patterns is reinventing how men and women’s clothing is generally purveyed. 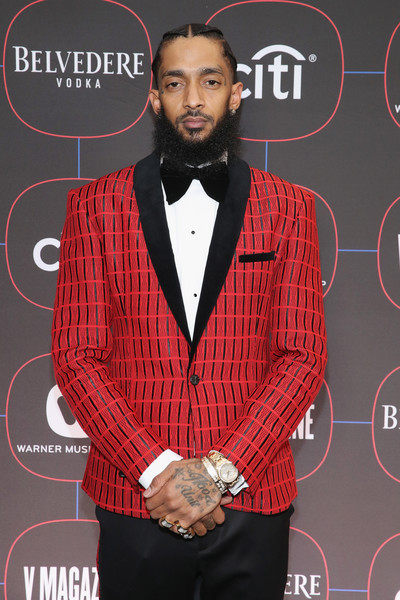 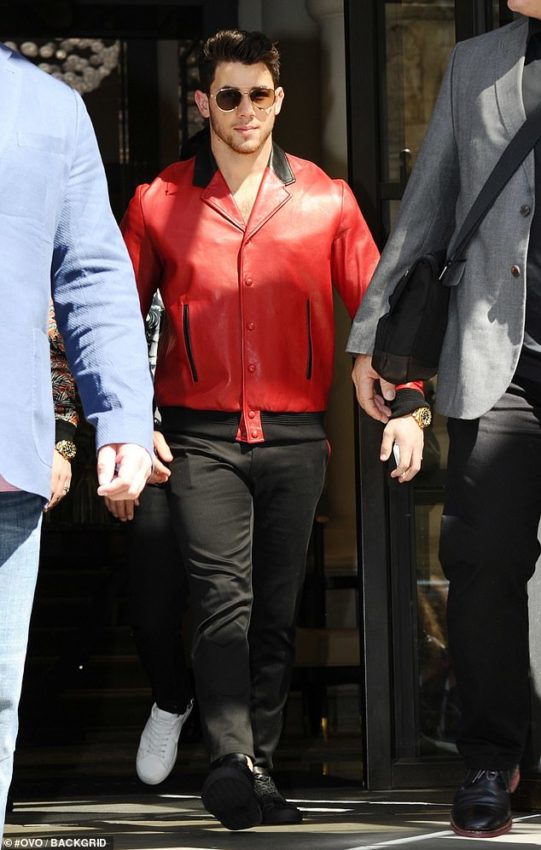 Worn by top celebrities, French Deal has most notably been seen on Nick Jonas (wearing the Evolution Cuir and retails for $3,250 and can be purchased here) and also as the last outfit the late Nipsey Hussle wore on a red carpet before he was killed, (not available for purchase yet).

“French Deal is essentially an African luxury brand, made in connection with my French upbringing and France’s style. All of my collections are inspired by my heritage, the Ivory Coast in Africa. The materials used to make pieces for the collection are from that specific region, and the locals there wear those fabrics and patterns in their own daily garb, and I wanted to represent that” says founder Steeven Kodjia.

“Most people don’t think of Africa with a thriving fashion culture, but when you walk the streets of various cities you can see the many beautiful and intricate patterns both men and women wear, and I wanted to pay homage to that as well as showcase it” he said. Continuing that “Africa has premium materials just like other major cities, and I wanted to represent that in French Deal, elevating people’s perspectives of Africa as it relates to culture and fashion. While I was born and raised in France, I’m African first, and I want to convey that in everything I make!”

During Paris Fashion Week this year, French Deal made its premiere on the runway at the Palais de Tokyo in Paris with male and female models wearing the explosive designs. The set was designed to represent Kodjia’s African heritage, complete with a thatched roof hut and barefoot models, and featured a variety of textures, patterns and revolutionary styles that are surely trend-setting!

Here are some of our favorite looks from the 2020 Collection! 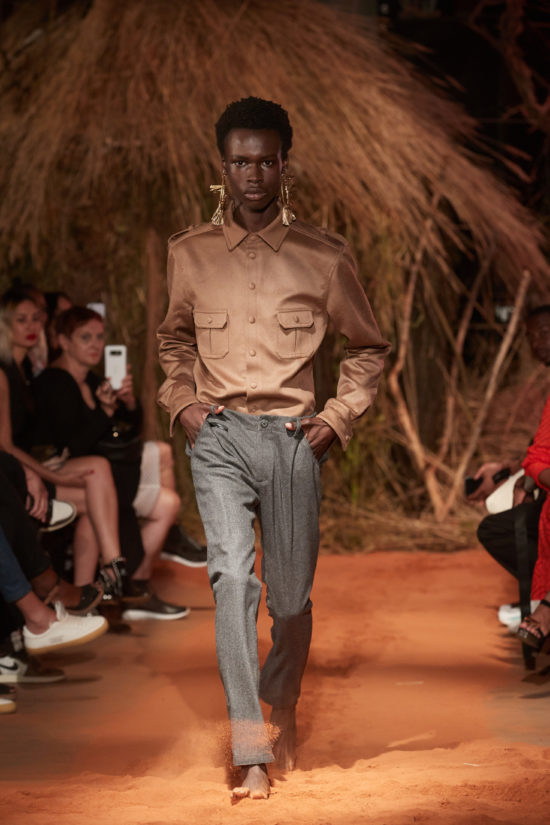 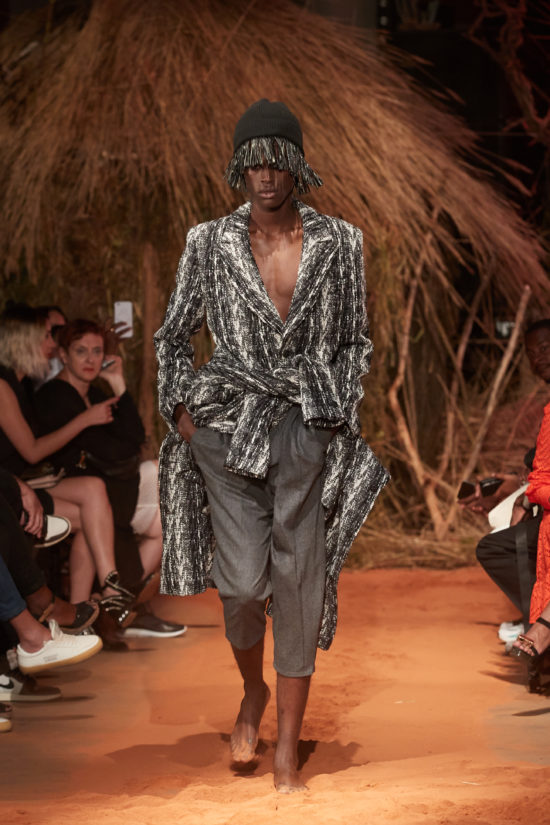 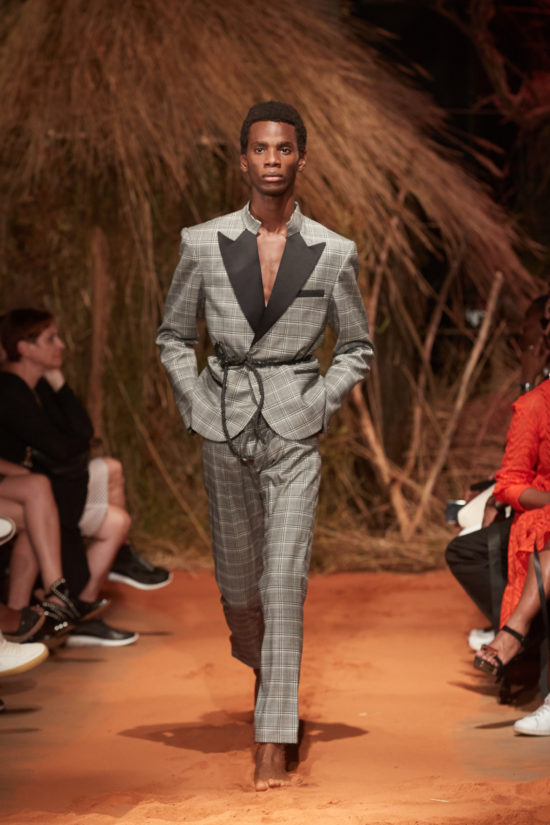 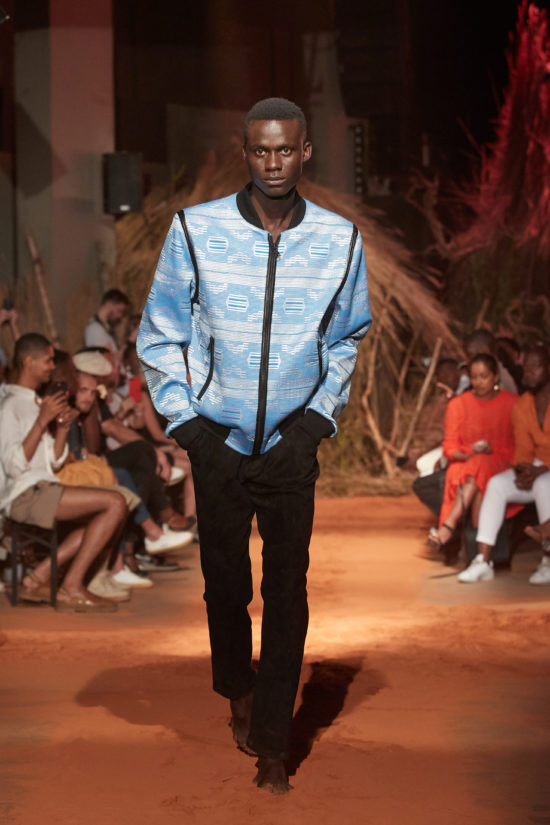 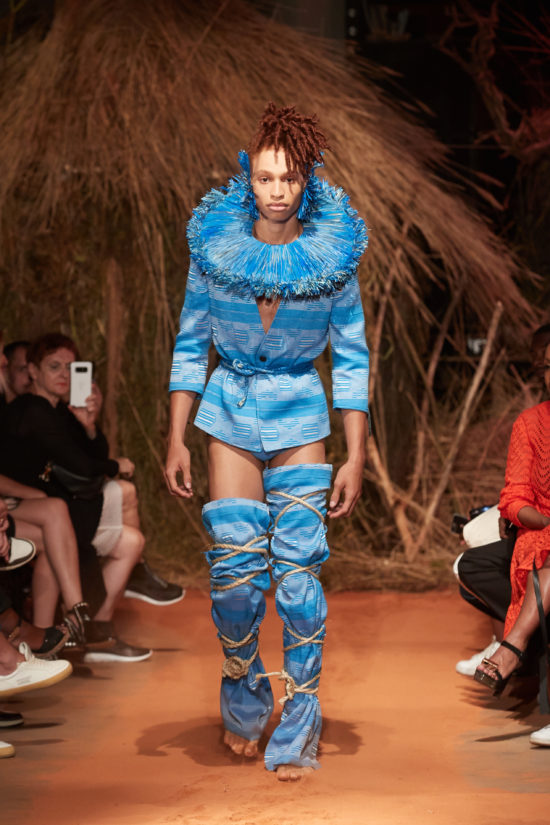 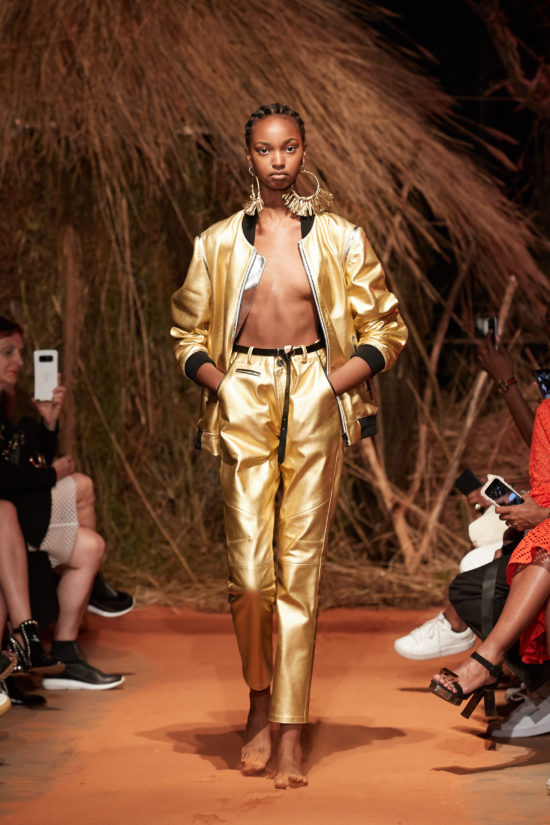 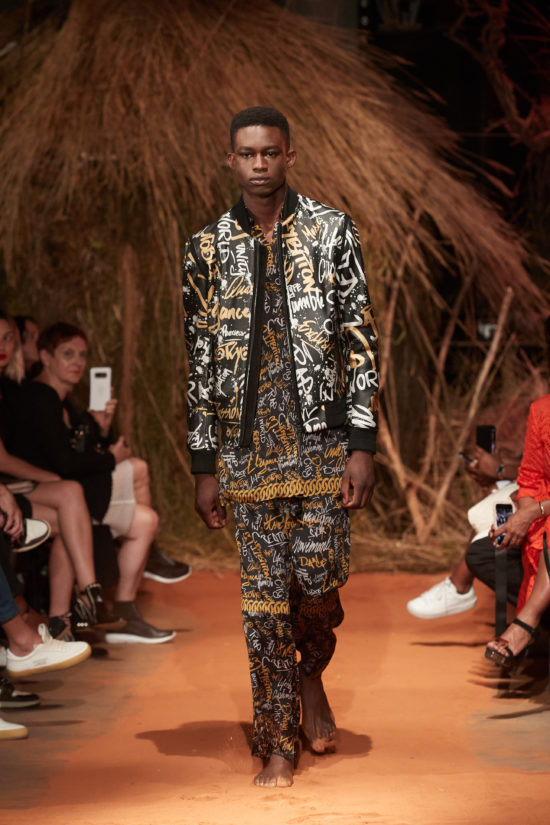 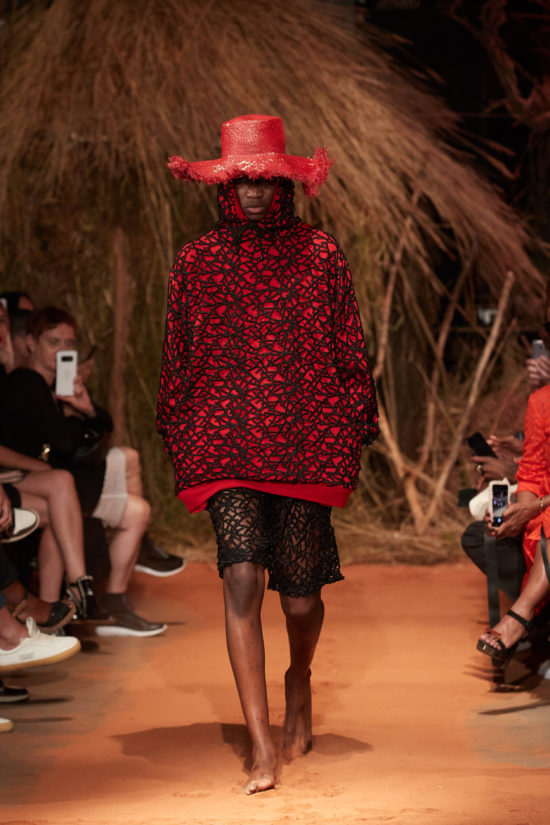 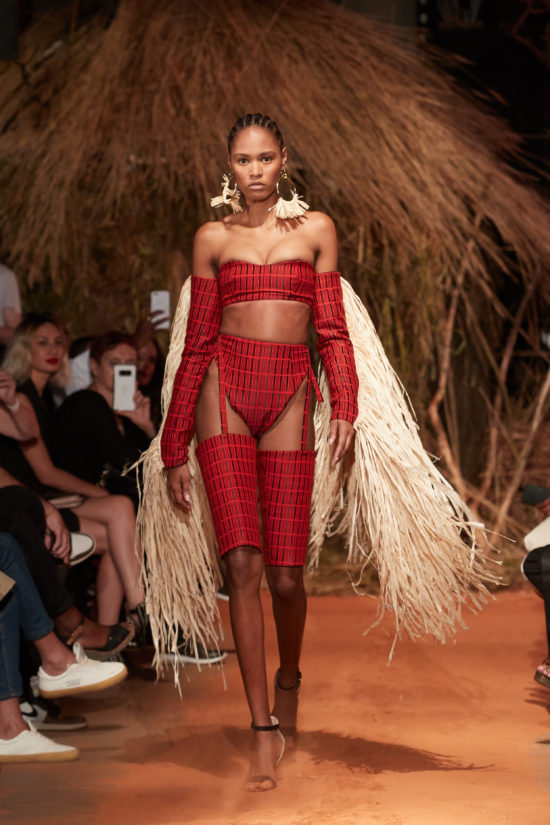 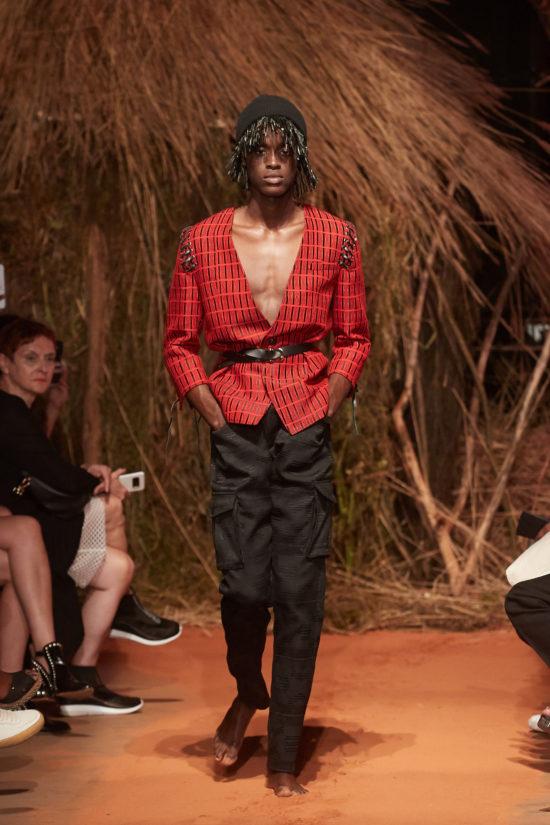 Kodjia is more than just a designer, he’s a visionary who also directed the film ‘Volume 4’ which premiered last month in San Diego at La Jolla’s Fashion Film Festival. Entirely made in Ivory Coast, in Abidjan, the fashion film of Volume 4 reveals the return to the sources of the artistic director. We travel, we discover, we learn with him. French Deal celebrates Africa and tells us the marvelous and painful story of a queen ready for the greatest sacrifice to save her people. The strength of the Woman is put under the spotlight in the heart of the Odyssey of the Baoulé people. The music is mesmerizing. The images bear the authenticity. French Deal transcends and raises us into the clouds of an ethnic mix.

Using his own designs, Kodjia’s film was nominated in 6 categories including: Best Music, Best Narration, Best Fashion, Best Cast Together, Best Art Direction, and Best Creative Concept, nabbing the ‘Best Fashion’ Award at the end of the night! 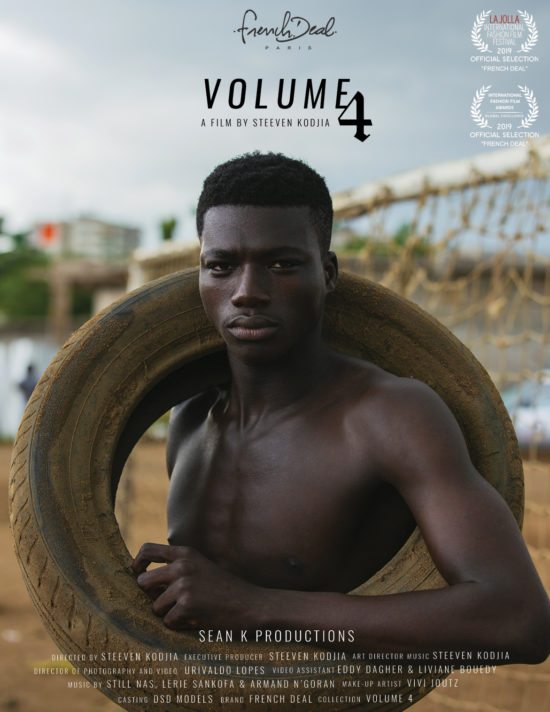 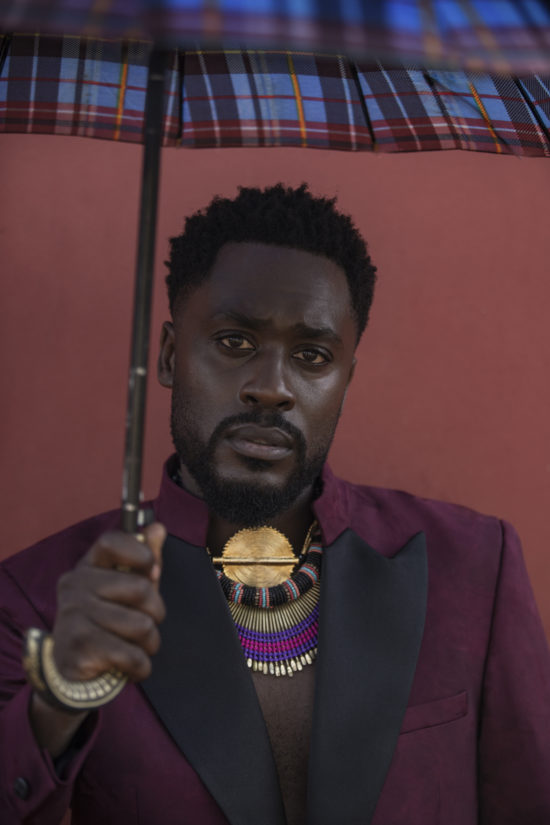 It’s not often designers are able to use their creativity in both fashion and film, developing designs that are both ‘street-wear’ but also couture, but Steeven Kodjia is doing just that, and making it seem easy in the process. His styles are refreshing and meant to be worn anywhere, dressed up and down for a variety of occasions. He’s redefining what men’s or women’s fashions can be and representing an culture and community that is usually not at the forefront of the fashion world, and we’re totally for it!

To learn more-and to shop!-French Deal you can visit their website here.

4 Gifts For The Most Important Woman In Your Life – Your Mom!

Rad + Refined is the Sunglasses Co of Your Techni-Color Imagination