Athens Xclusive Designers Week – Last week, many designers from Greece sent their latest wares down the runway, and we couldn’t wait to see what they had in store for new trends. While the tried and true, undoubtedly rolled out the big guns, a handful of up and coming designers are making a stand for their place in the lineup.

While Athens Xclusive Designers Week is a whirlwind for those trying to see it all, we have collected our top ten designers to watch: a few household names, a couple newbies up for the challenge, but each and every designer with an innovative story to tell.

Kathy Heyndels, as a brand, founded her first fashion atelier in Brussels in 1956 designing couture creations and bridal. In 1983 she returned to her birthplace Athens and opened the atelier in Kolonaki. Yiannis Togos, son of Kathy Heyndels, began to deal with the firm since 1989. His desire to do something new led him to create the first prêt a porter collection. The Fashion House worships 100% authentic natural based materials, uses always silk, taffeta, satin, laces and muslins and many of them are hand embroidered with precious stones and Swarovski. The creations of the Fashion House have been influential in the recent years in countries of Europe such as Paris, Monte-Carlo, St. Trope, also in Cyprus, in America (New York – Miami), in Saudi Arabia and the United Arab Emirates. Also, the House has designed dresses for the Greek beauty contest (Star Hellas) several times. 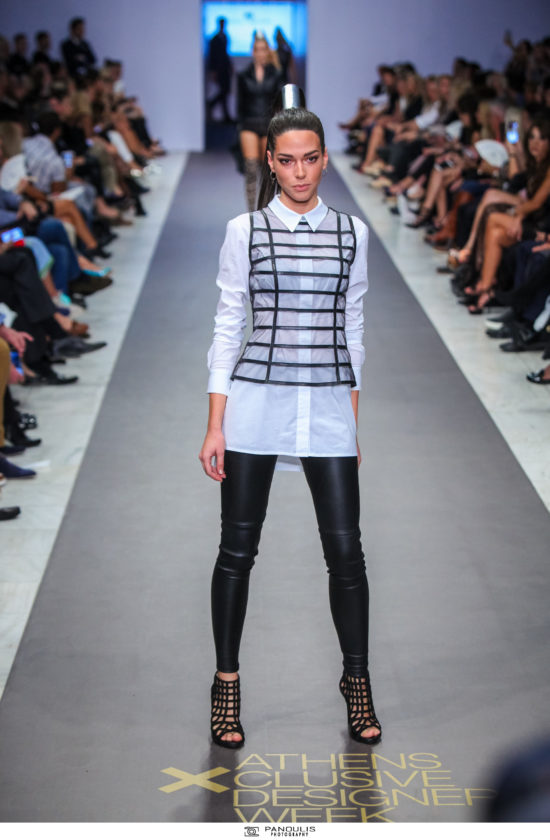 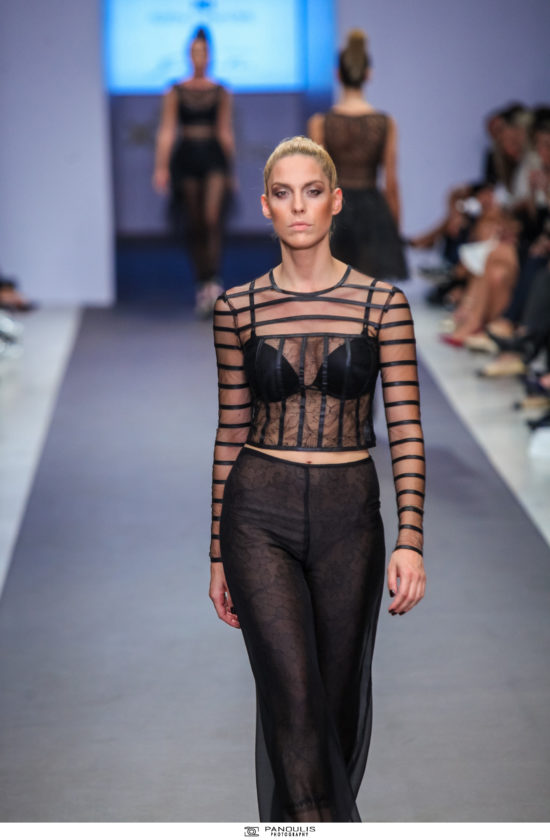 Perennial favorite, Vassilis Emmanuel Zoulias always brings a couture-based, ethereal, charming-girl layered style to the runway. Vassilis took us to a world of mermaids in mesh overlays and elegant tangles. Expectations are high for the new collection, especially with the boho chic look running strong. As always, Vassilis Zoulias and Pericles Kondylatos Jewelry are sure to deliver a stunning and unique show.

While only a few seasons old, Peace And Chaos, founded by Nefeli Allan & Dimitris Pantazis, decided to challenge themselves and created the brand that really represents who they are. Peace & Chaos are constantly evolving, always inspired by print as this is where their expertise, speciality and passion lay. Their brand as “loose luxury” and their casual, vacay-driven style brings the peace to the city’s chaos. Baggy silhouettes, ikat patterns and rock prints are the perfect getaway essential, but still retain a structure and attitude made for the urban environment. Playful and androgynous, the collection takes athleisure wear to a whole new level and their last collection should be no exception.

Although, The Artians, has released their looks for SS17 at Athens Xclusive Designers Week, as we scan the images from their upcoming contemporary line,  we absolutely cannot wait to see these garments in motion. With a structured, mod vibe throughout, their attention to detail and choice of sturdy, heavy fabrics has a more utilitarian look than we are used to, but their color choices are perfectly ”The Artians”. Konstantina Kampisopoulou and Sofia Vayena decided to follow their common passion by uniting their strong interest and vision in creating a fashion brand that would bond fashion and art in a unique way, having a strong and fresh identity. After a long market research they created their brand, The Artians, with the moto When Art meets fashion and the vision of introducing globally a brand baring a Greek inspired identity and origin but given through a contemporary and totally new prism. All materials used are basically made in Greece conforming always to ethically correct procedures. 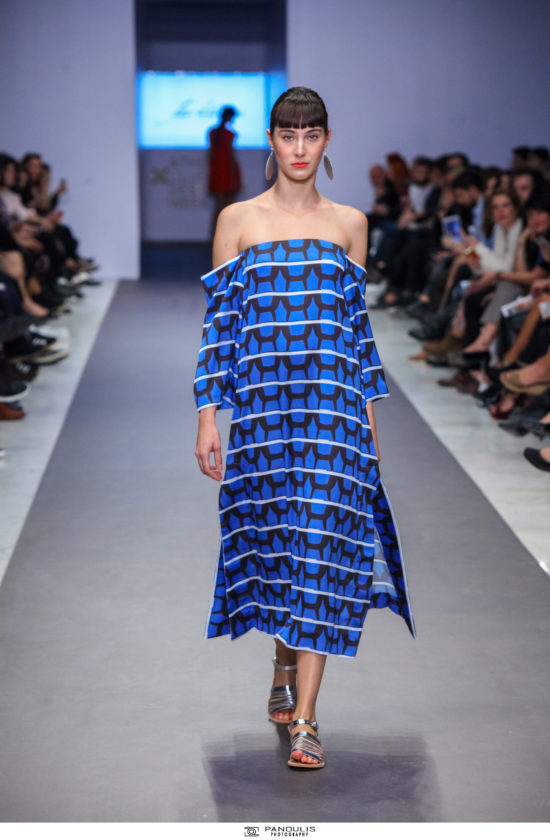 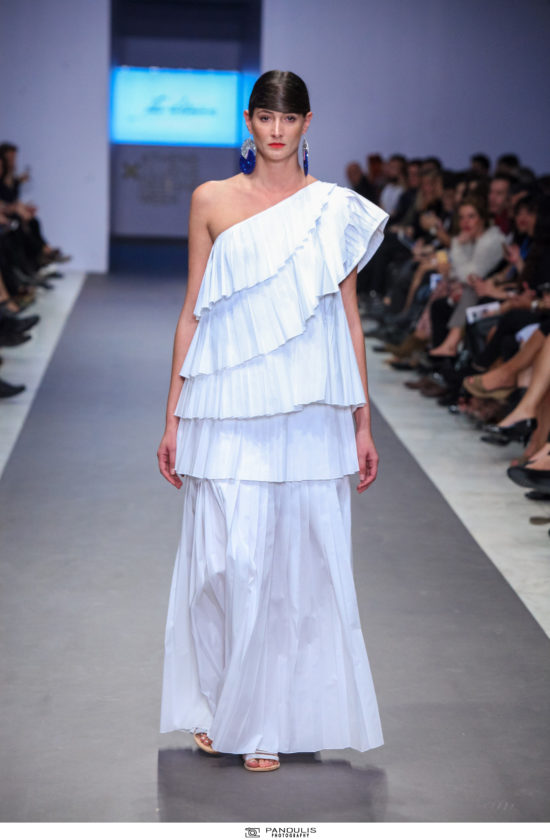 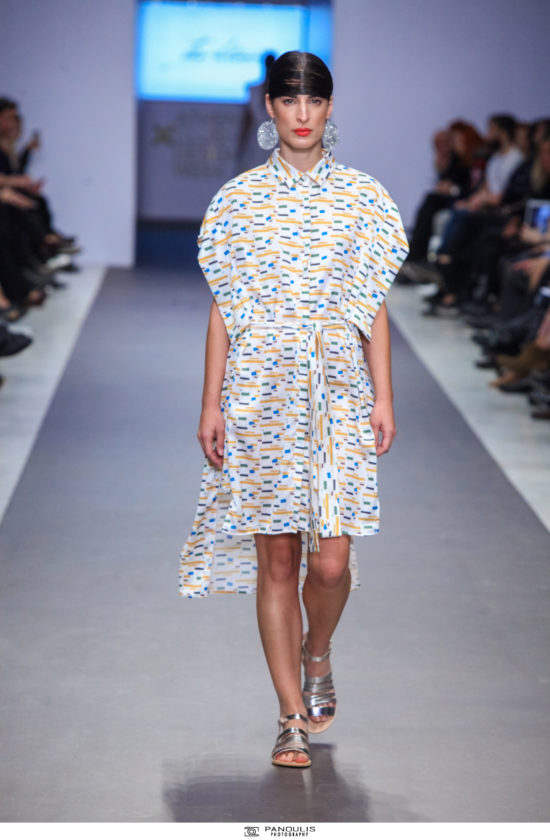 Up first is cult favorite Dimitrios Ordoulidis , who most definitely should not be overlooked. Hailing from opposite ends of the pond, the designers captures the quality and tradition of the fabrics with chic inspired lines. Dimitrios Ordoulidis’s ready-to-wear line captured sensual silhouettes with alternative looks for men. Needless to say, his style is having a major importance for the Greek fashion scene and is sure to play a role in both mens and womenswear style. The designer showed at a young age that creativity is one of the virtues, which would stigmatized him for the rest of his life. Searching for a fashion school which will offer him relevant expertise, specializing in design and production of clothing, he settled for the Design Departement of Düsseldorf, in Germany. A principle that accompanies Dimitrios in his career is this: beyond love, design and fashion is art. Another principle that follows him from the beginning of his career is one that was earned from the chief designer Yiorgos Eleftheriades. The four-month practice that he committed in the atelier of the famous Greek designer in Athens, Dimitris learned that “talent” is simply a shade of the whole, but the hard work is the “light” effect. He became the winner of the award “Best New Designer” at the young contest new designer awards at 17th Athens Exclusive Designers Week. As a source of inspiration he mentions his feelings. “I dream of a beautiful image that is composed of people, whom my imagination dresses them with garments. My clothes are my dreams”. His target and purpose in life? To amaze the world with his dreams! 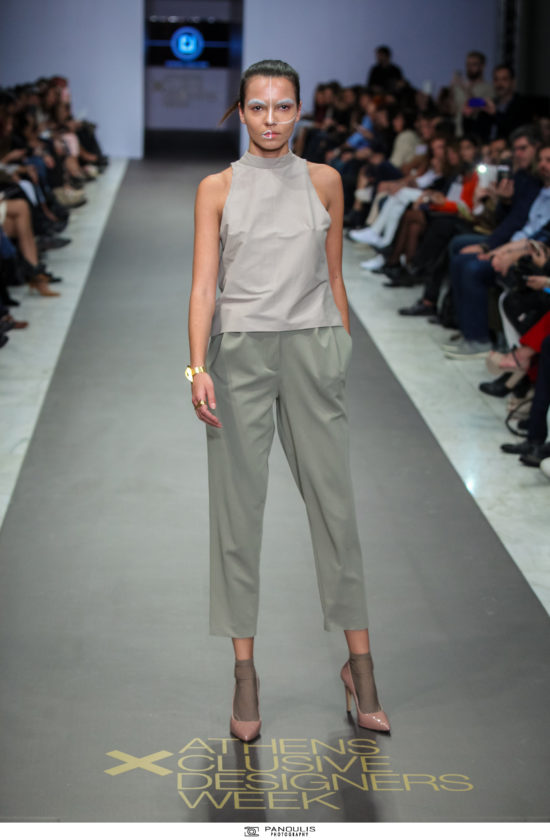 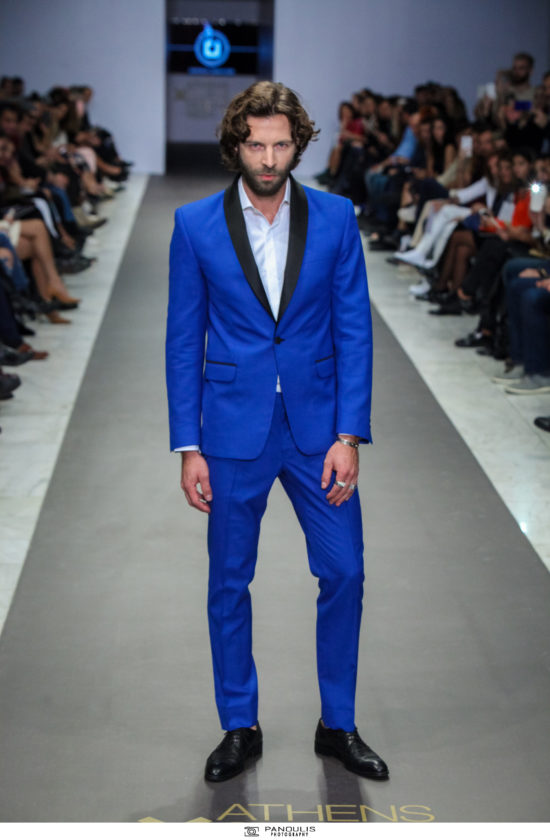 Tamara’s signature style is luxe, rich hues and a slightly elegant fit while remaining demure. For her spring ready-to-wear collection, the designer had maxi length dresses and a muted yet elegant color scheme. “Parle Moi” brand, designs clothes for women that characterised by sophisticated style and elegance. The combination of authenticity, minimalism and fantasy in her creations, caused the warmest reviews and was awarded by the two top prizes of Athens Fashion Week 2015 as Best Fashion Designer & Best Fashion Ambassador, thus giving, her first mark to the fashion industry. 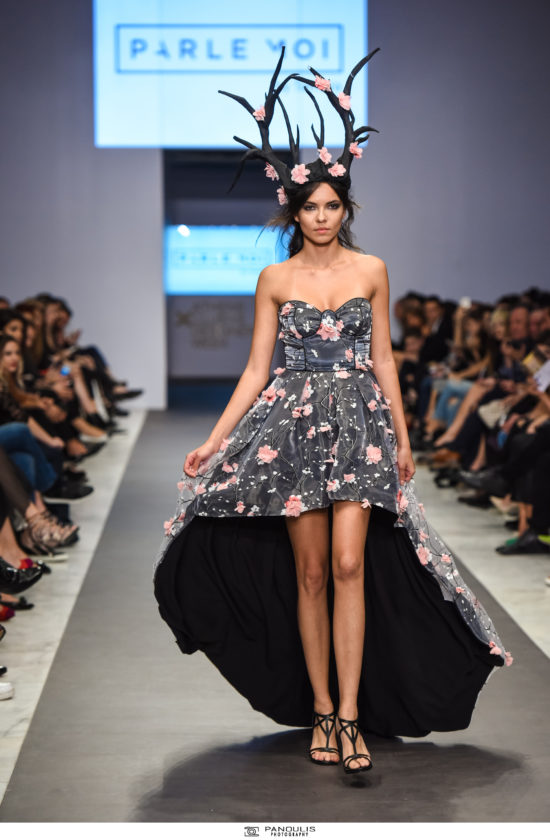 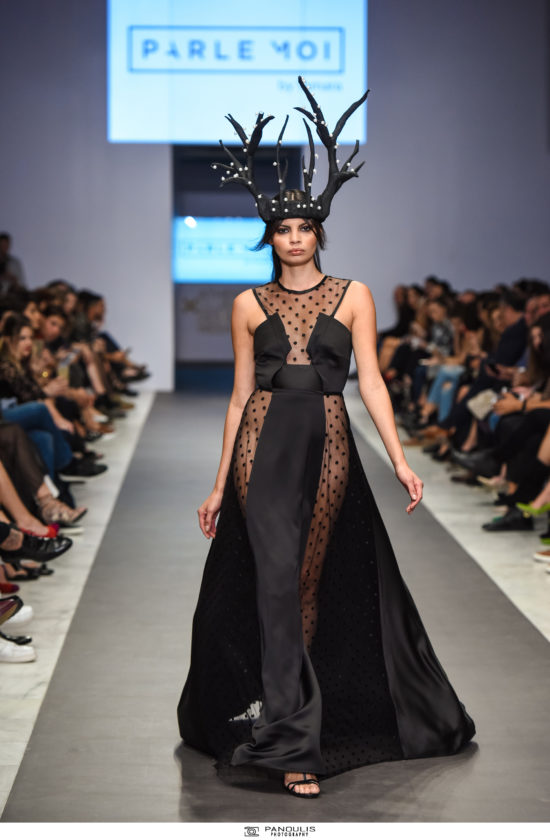 Rita Pateroni needs no explanation.  The designers of the brand, Rita and Liana, design the haute couture garments and wedding gowns that are distinguished for the quality, aesthetics and timelessness. Every season Rita Pateroni is not just following the trends, but it makes sure it creates new fashion.  The creations are emphasized on femininity and true elegance. Rita Pateroni is synonymous with artistic and passionate designs, a combination, of elaborate neo-romanticism, and clean cut minimalism. Rita Pateroni has an atelier in Athens, and three boutiques in Greece, Kolonaki, Thessaloniki, Syntagma, and recently has opened a new boutique in Qatar-Doha. 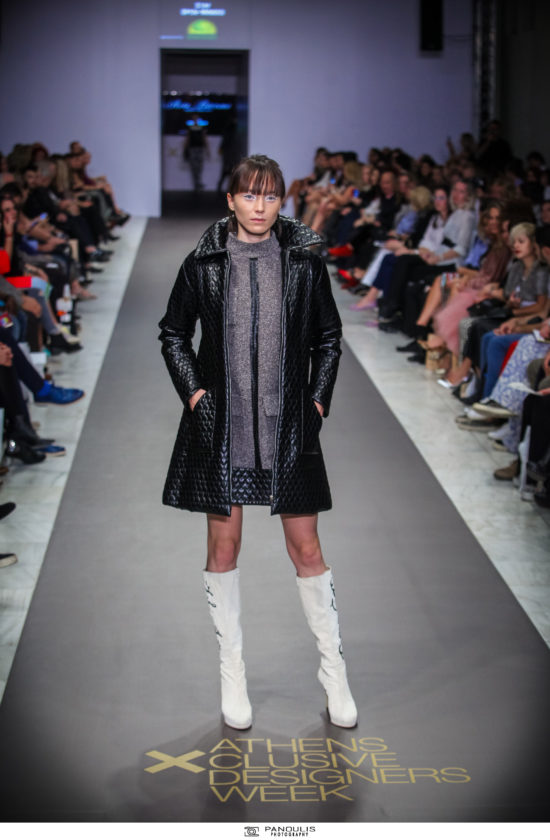 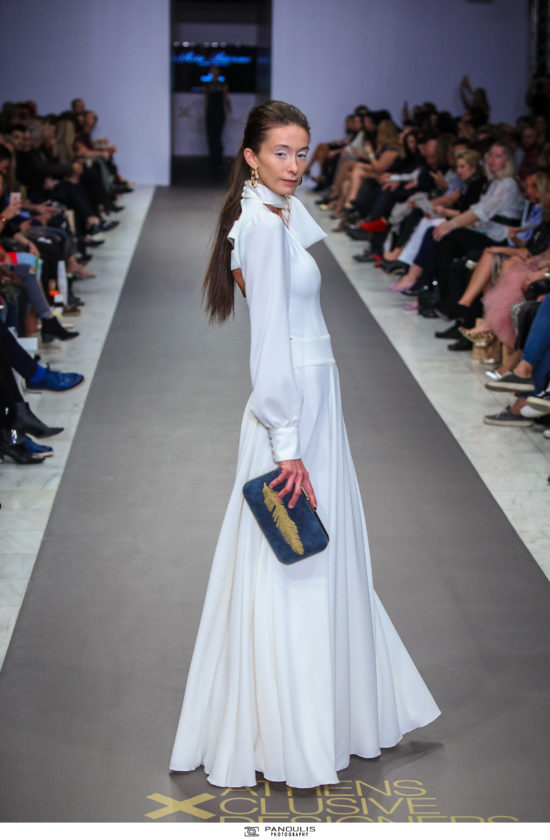 With an eclectic background, the brand’s signature style started from handmade knitted swimsuit and it was quickly developed into clothes and accessories. Having global recognition, the “Reveal CROCHET swimwear” is loved for its quality and its unique style in Greece, USA and United Arab Emirates. The grandmother of Athena Vatikanou, creative director, has the leading role in her idea, since she dressed her with special handmade creations, characterized by intense summer mood. Athena Vatikanou says that every woman should take care of her image even at the beach. She takes over this responsibility by making custom made creations, tailored to the needs of each woman. Get interested fast because this brand is about to skyrocket. 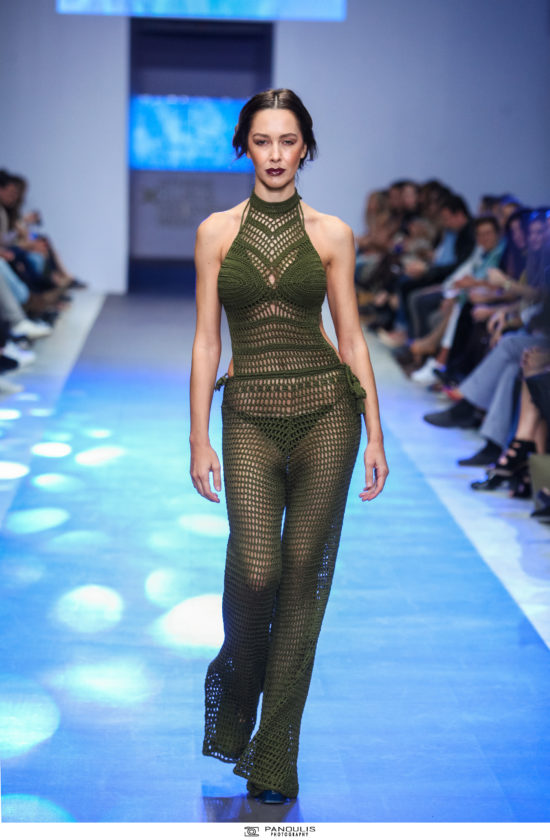 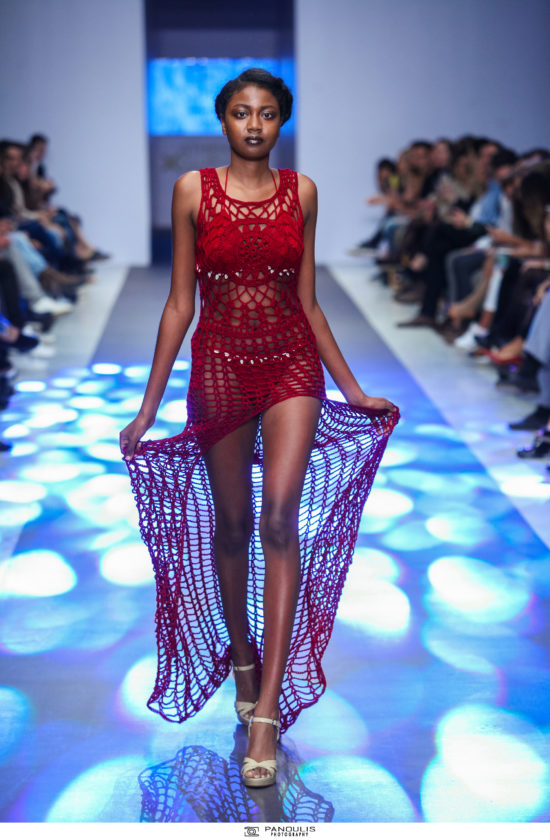 One could say this is the year of Ioannis Roumeliotis. Not only is the designer still creative director for his own label, but he has added Best Trend Setter Award to his repertoire during Athens Xclusive Designers Week. The man has been busy and shows no sign of stopping. While his garments tend toward the sci-fi city slicker in mostly black with cool accents, Ioannis always throws a touch of the unexpected. Always genuine and eccentric, stands out thanks to his special viewpoint and boundless talent. Mad TV announced him as the ‘Best New Greek Fashion Designer’ in 2015 and at the Madwalk event organized by the channel, Ioannis presented one of the most talked-about and innovative acts of the night. 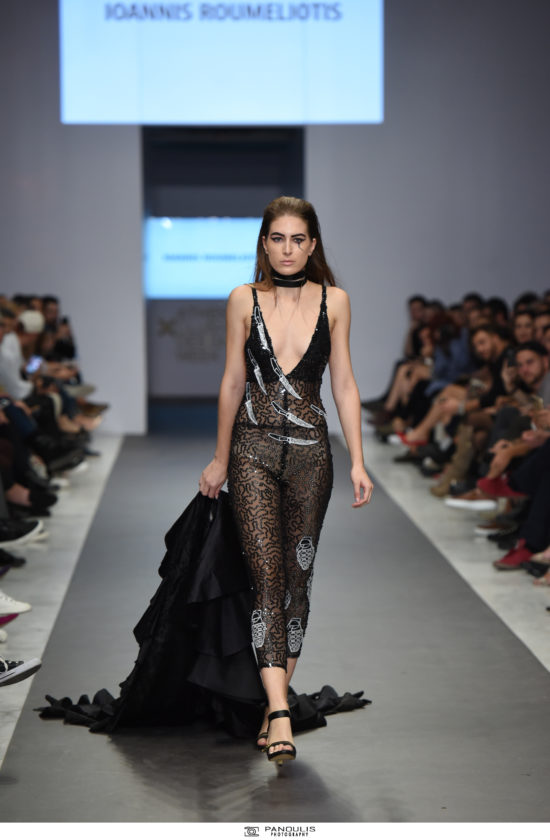 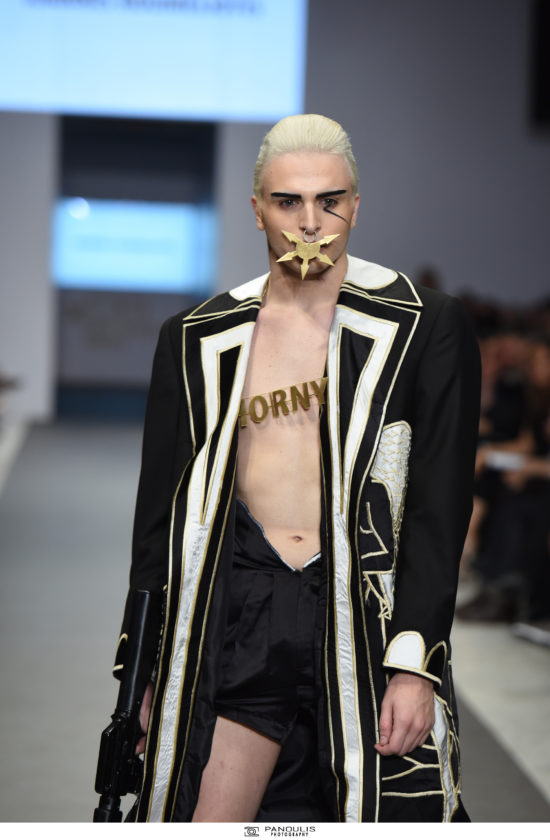 The designer is, in a word, stunning. Her show was all bubblegum pop and wide leg denim, a mix of old-school Betsey Johnson and sporty trouser edge. All the while, it was youthful and exuberant. Valia knows these boundaries well, and the anticipation for what she does next is palpable. From a very young age she loved art and found ways to express herself through fashion design. During her studies in photography and audiovisual arts at the Technological Educational Institute of Athens, she was given the opportunity to attend a semester of Fashion Design in the Accademia di Belle Arti di Venezia in Italy. 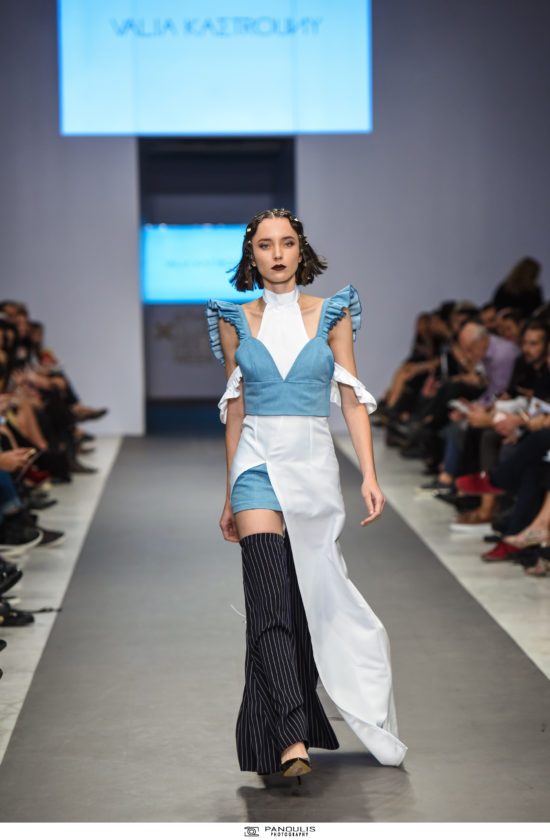 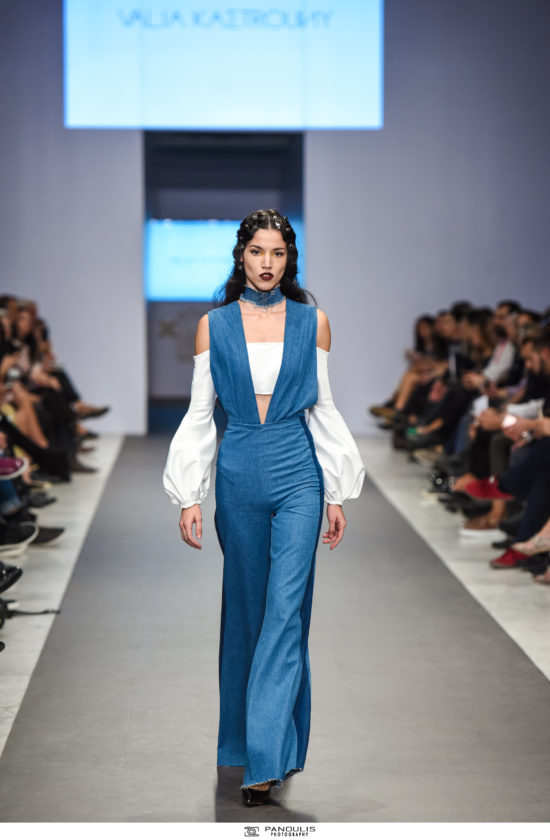 Thomas Bartsch - The Road to Fitness and Everlasting Youth