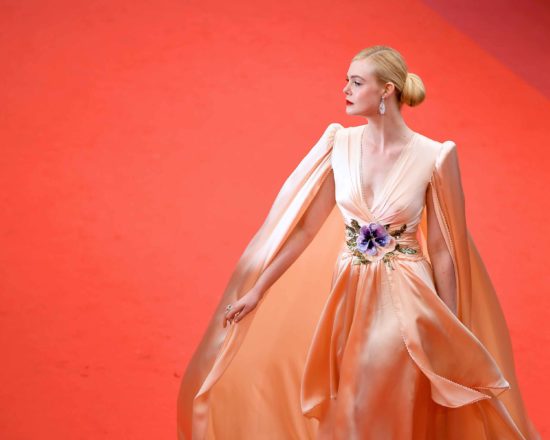 Cannes Film Festival 2019 has officially ended, and we’ve officially gotten over our FOMO for all the red carpet glam that came and went from this season. Bella Hadid, Kendall Jenner, Winnie Harlow, Margot Robbie & Leo, Giambattista Valli revealing his launch with H&M, so much and more happened this year, and we’ve got the haute couture to prove it. LAFM has compiled some of the most jaw dropping looks from some of our favorite It Girls, check it out below! 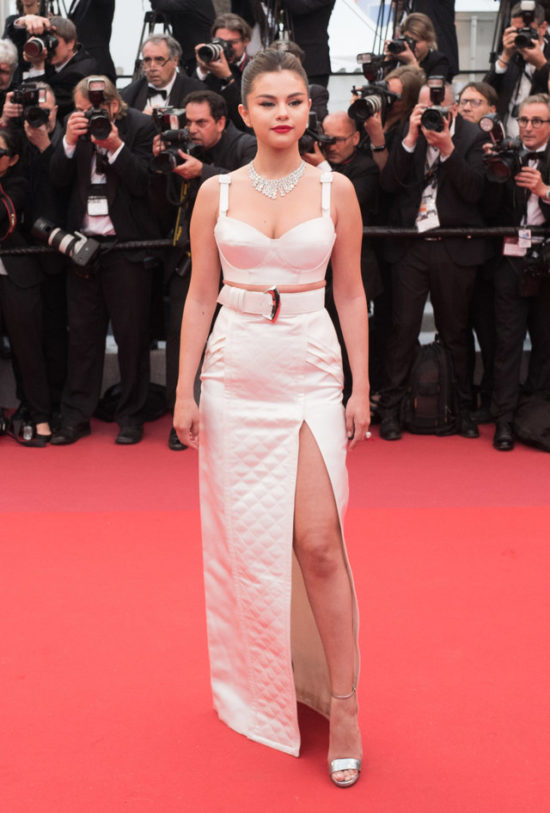 Selena Gomez gave us some major Madonna vibes in this two piece Louis Vuitton outfit. Sexy, a high slit and a hue of pink? We’re on board and all for it! 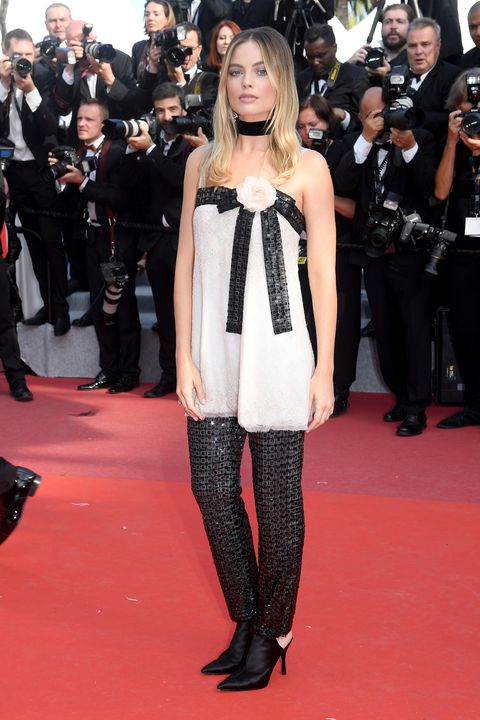 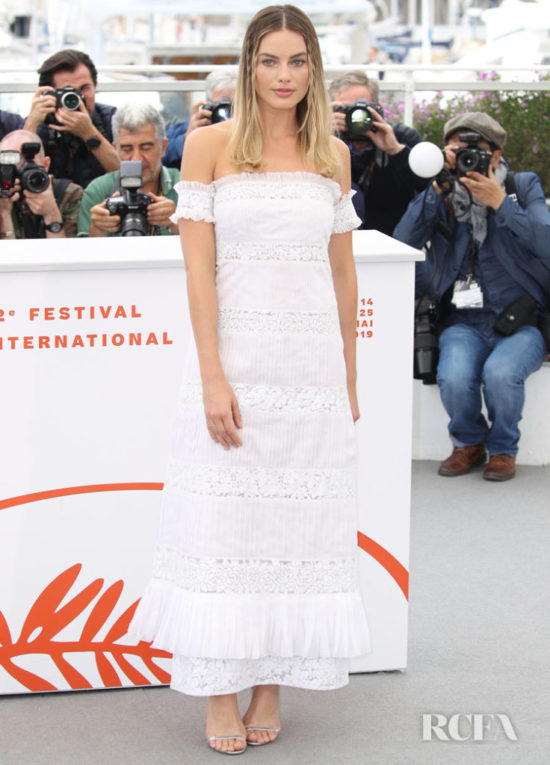 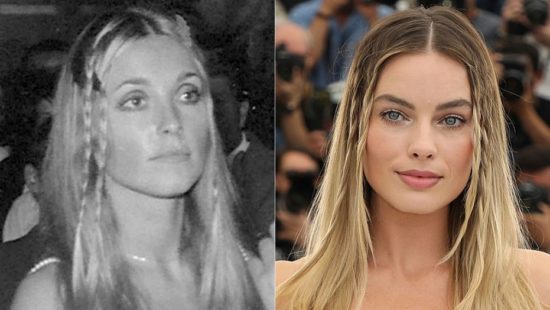 Margot Robbie gave us major 60’s Hollywood vibes at the Cannes premiere of Once Upon a Time in Hollywood. She may have had Brad Pitt and Leo DiCaprio as co-stars, but this It Girl stole the show-and the carpet in her two Chanel looks and her ode to Sharon Tate’s Cannes hairstyle look from 1968. 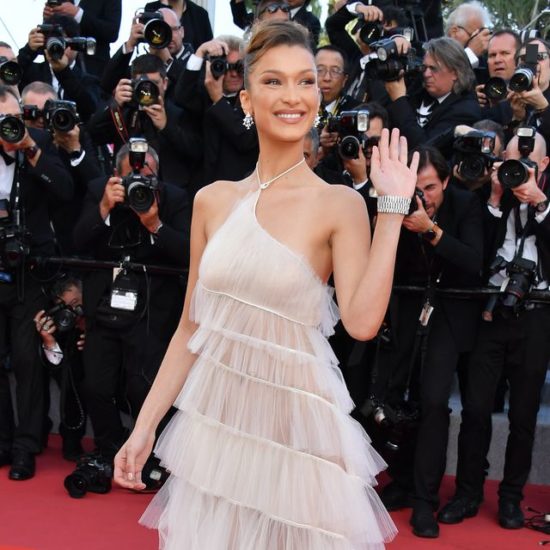 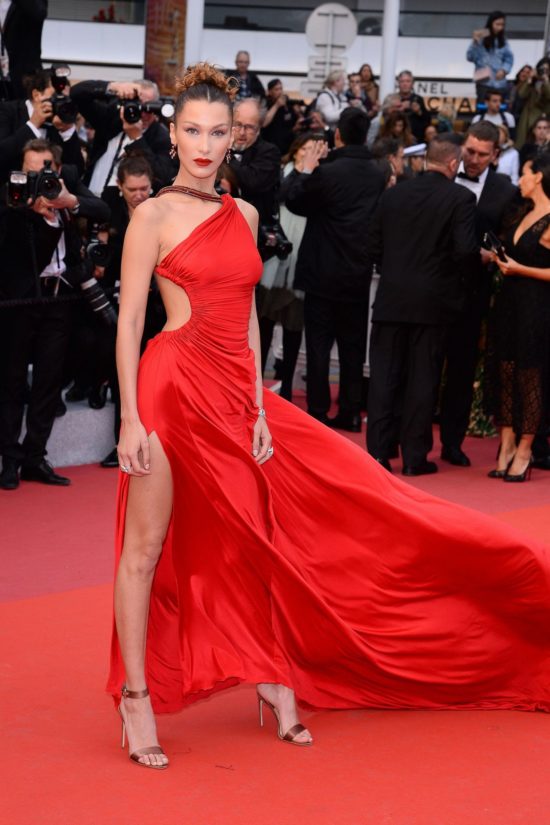 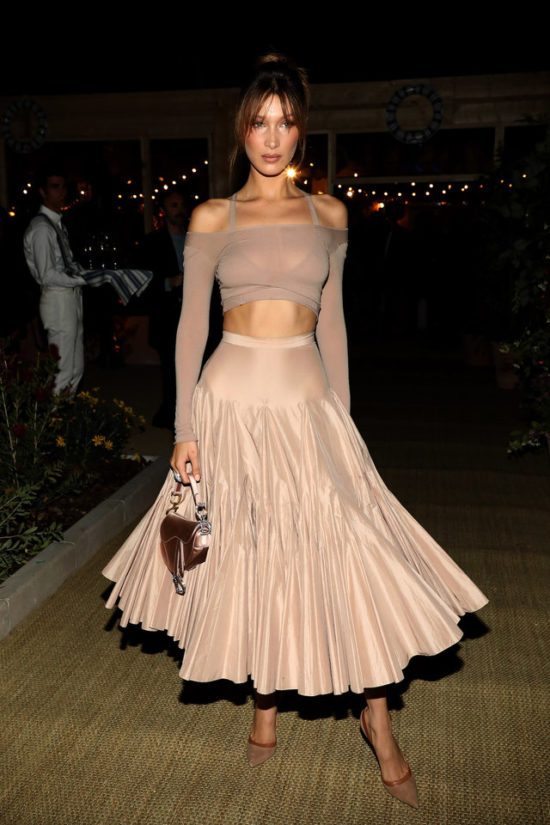 Supermodel of the Moment Bella Hadid stunned on not one, not two but three occasions at Cannes this year. The first was a femme and flirty asymmetrical halter dress by Dior, the second a sexy cut-out gown by Roberto Cavalli, and the third was a sexy and flirty Dior two piece for a Dior Dinner party, and all three have us in AWE! 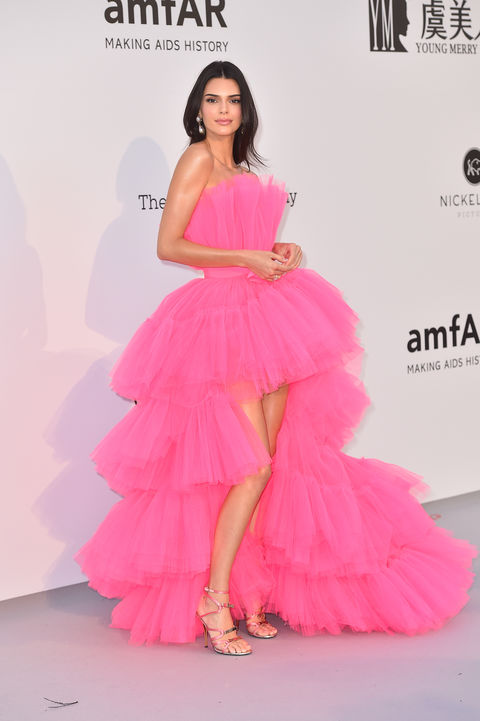 Kendall Jenner showed-and stunned-at the amfAR Gala, as the Supermodel and It Girl showed off Giambattista Valli’s latest collab with H&M in their pink ‘Flared Tulle Dress’ for $399! 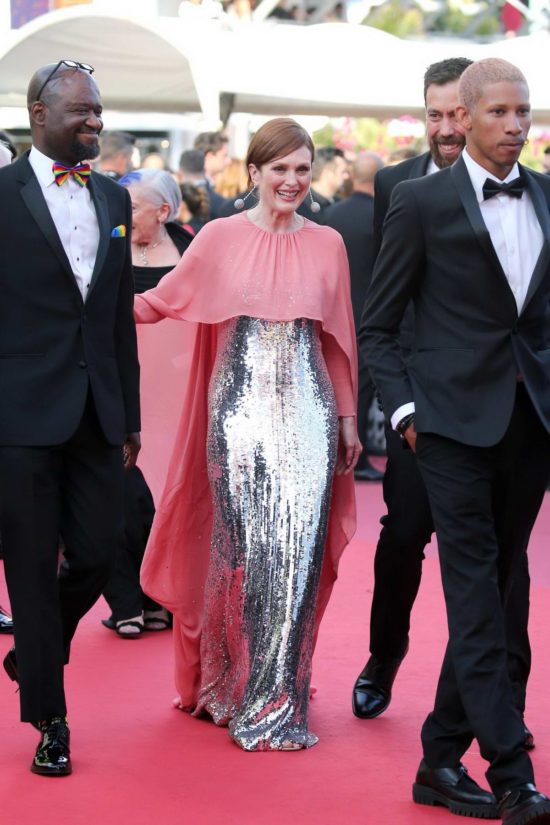 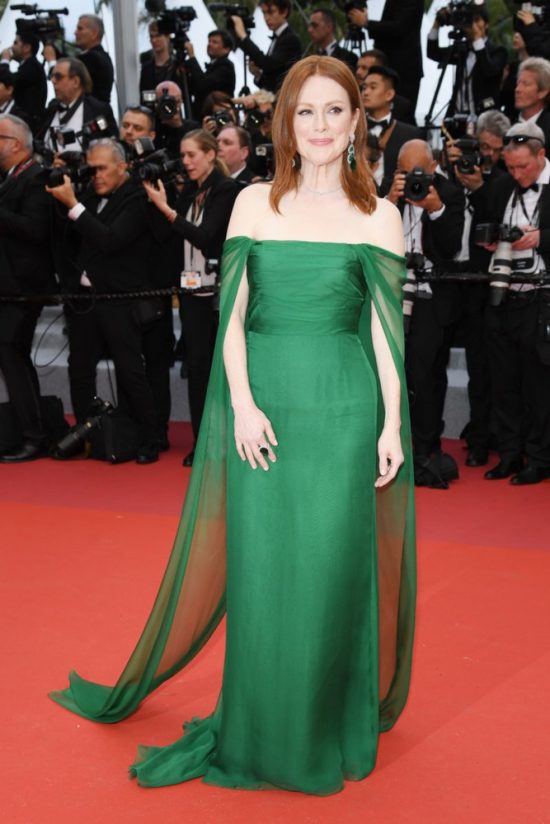 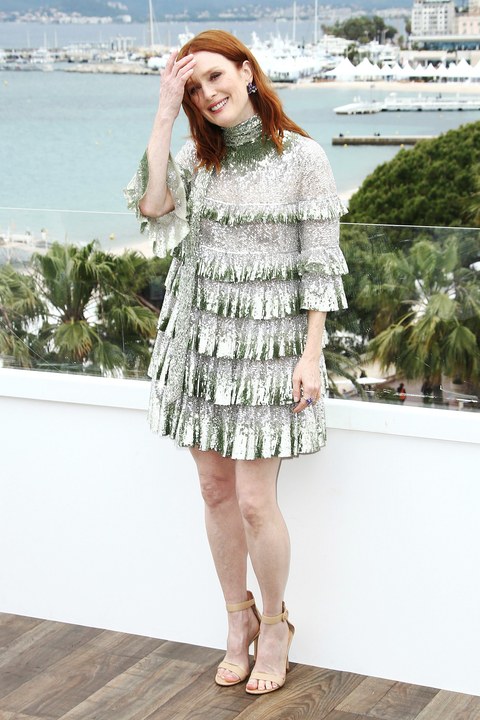 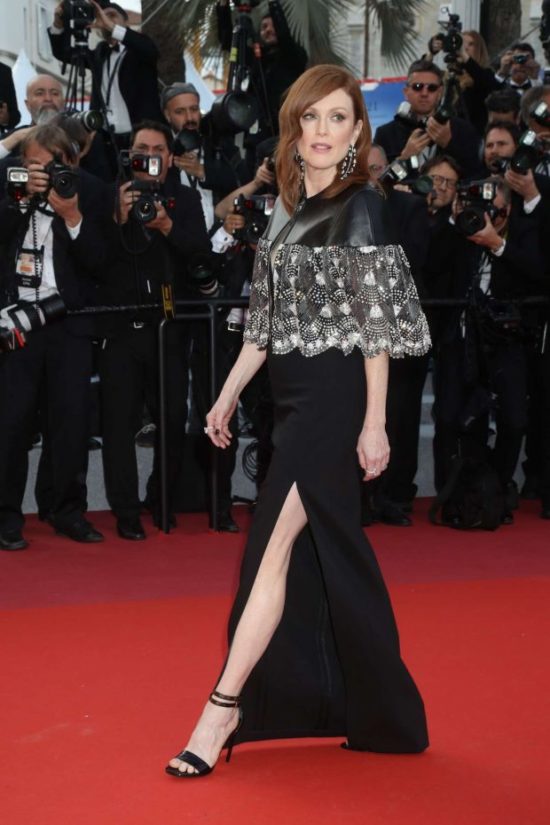 The ever-stunning Julianne Moore always has and always will be our fashion legend, and her three impeccable Cannes looks are testament to that. Julianne had heads turning in her three looks for the premiers of Les Miserables, Rocketman and The Dead Don’t Die. Her first look from Valention was all glitz and glam while her second, a green column gown by Dior Haute Couture was understated and show-stopping (a lil emerald green always works!). Her 3rd look was off the runway of Louis Vuitton, and with a classic mix of lace and leather this look stands out as one of our faves! 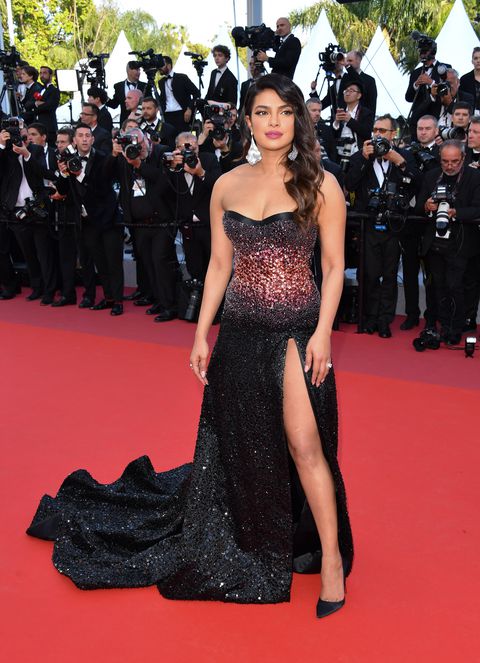 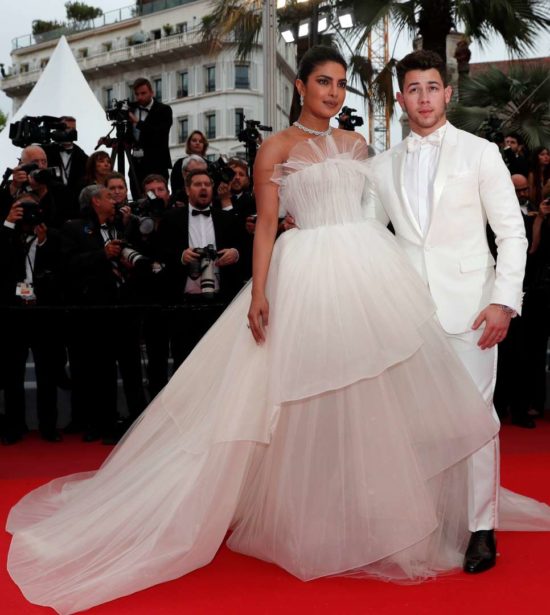 Priyanka Chopra was every bit as elegant and refined as she always is, gal isn’t shy of a red carpet, and she always does us proud! Some of our favorite looks she donned for the festival this year was a Georges Hobeika wedding gown and a seductive Roberto Cavalli number, and we’re in love! 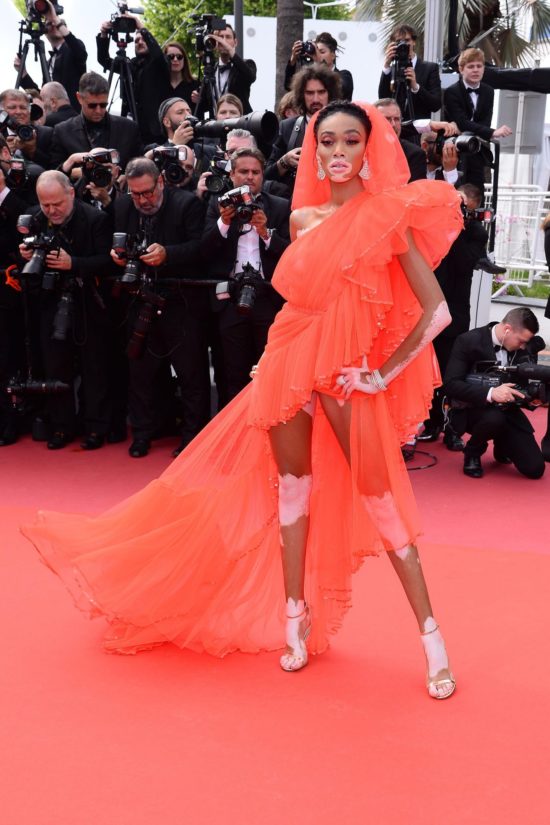 Model Winnie Harlow was red hot on the red carpet in a Jean Paul Gautier gown! 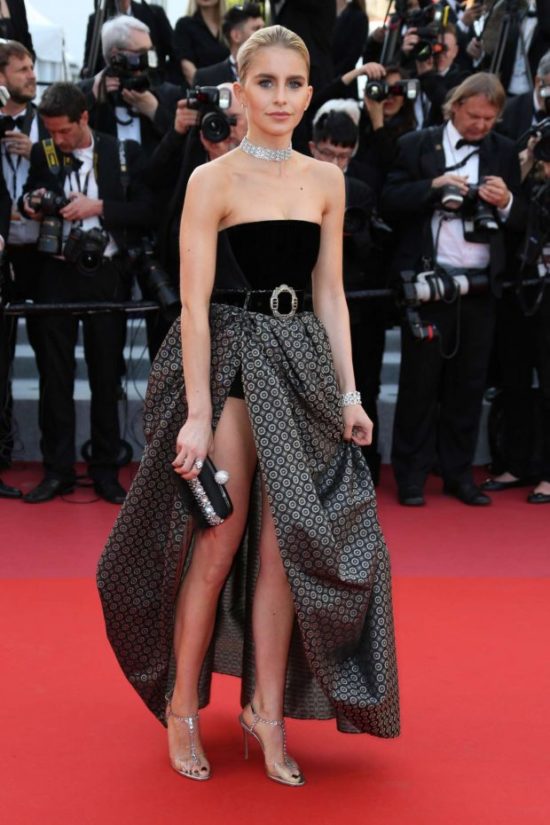 German heiress and insta-star Caroline Daur shined in the South of France sun wearing a #gloriousgown by Etro. 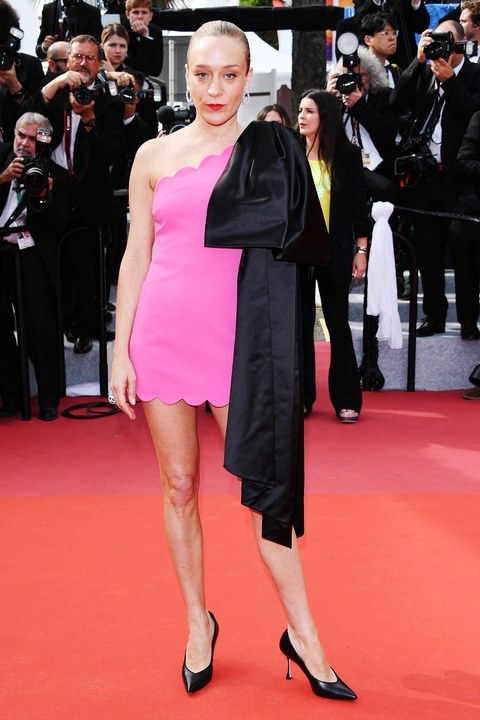 Chloe Sevigny hit the Once Upon a Time in Hollywood premiere in a chic and extra short Miu Miu gown. Can you say Pink Ambition?? 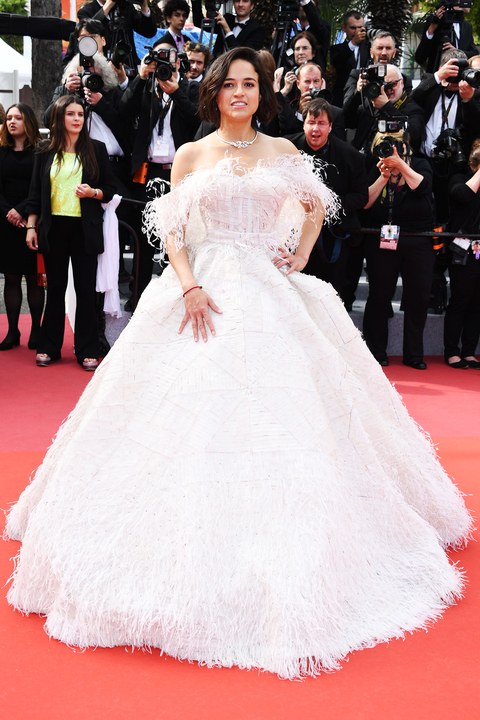 Michelle Rodriguez brought all the glam and couture in this breathtaking Rami Kadi dress. The usually understated and casual actress shined at the premiere of Once Upon a Time in Hollywood. 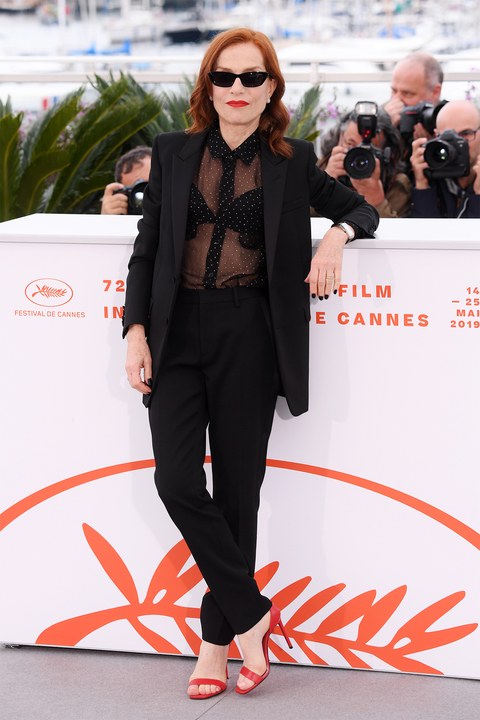 Are French girls born fashionable? It’s quite possible, especially when French actress Isabelle Huppert dons a very chic pantsuit for the premiere of Frankie at Cannes! 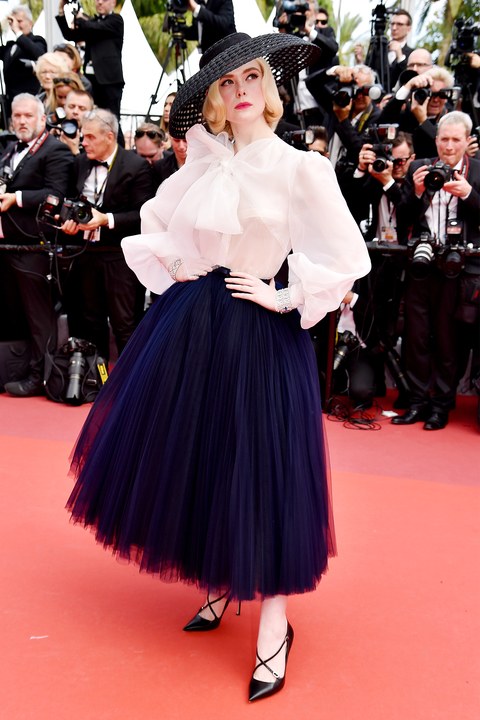 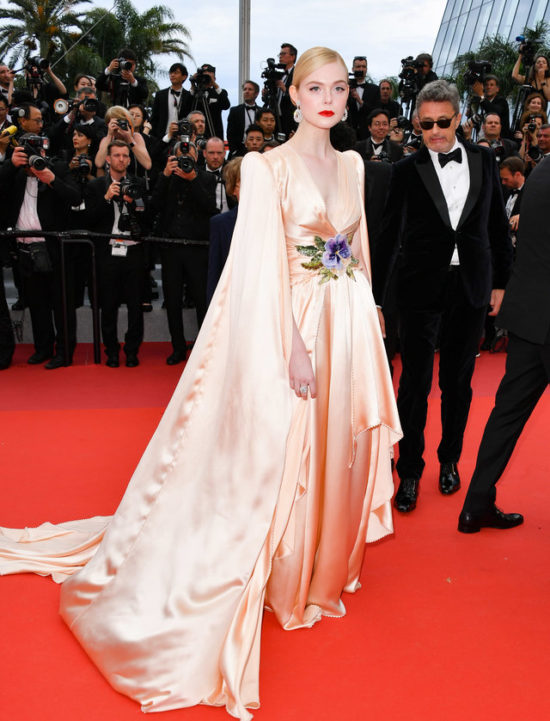 Elle Fanning had us feeling like we were in a time warp when she showed up in two 1940s inspired ensembles, the first by Dior and Agent Provocateur for the premiere of Once Upon a Time in Hollywood and the second by Gucci! 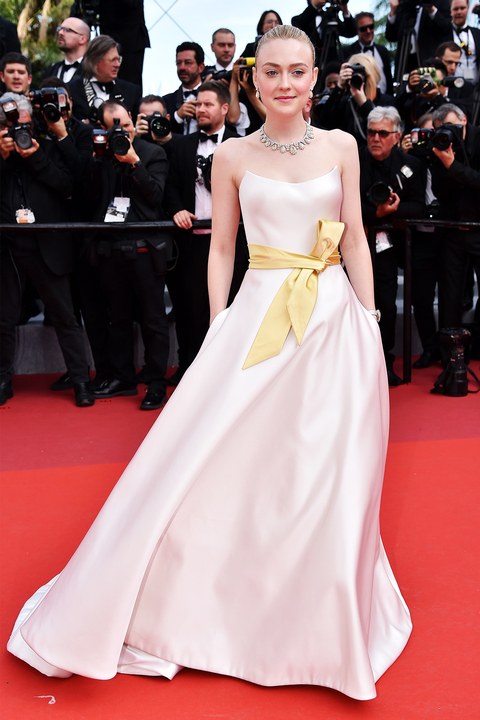 Sister Dakota Fanning is not one to shy away from a glam gown, and she didn’t disappoint wearing a delicate Armani Prive look! 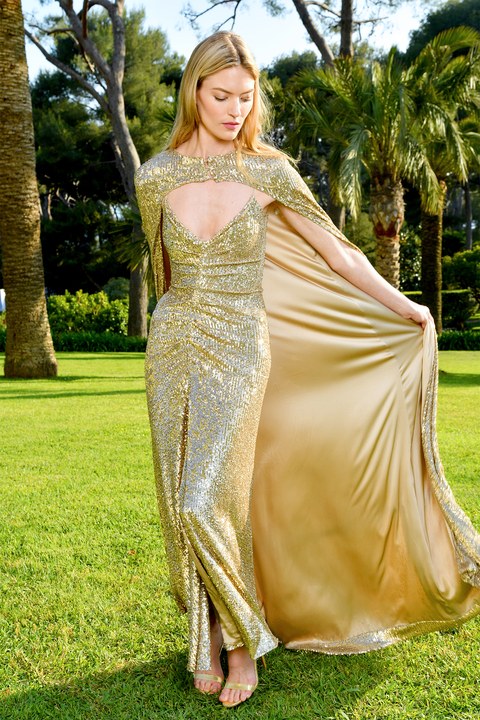 Model Martha Hunt was sleek and shiny in her gold Monique Lhuiller gown and cape for the amfAR Gala. 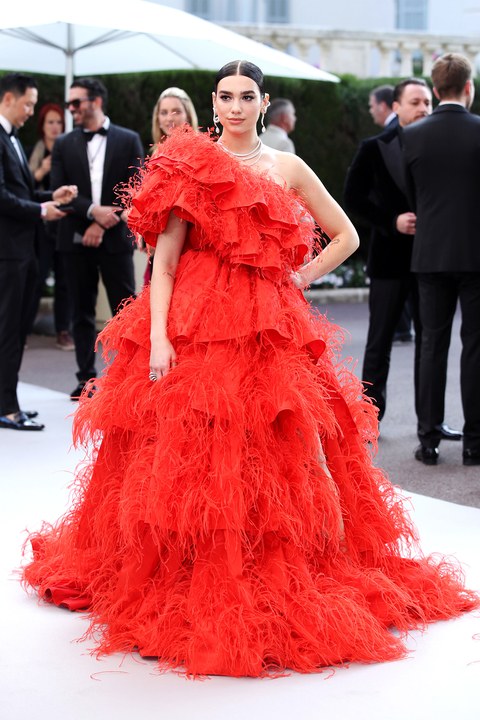 What’s fiery, feathery and RED HOT? Dua Lipa’s Valentino Haute Couture look for the amfAR Gala! This dress tops our list as not only a risk-well worth it, but something fun and unique that keeps us guessing! 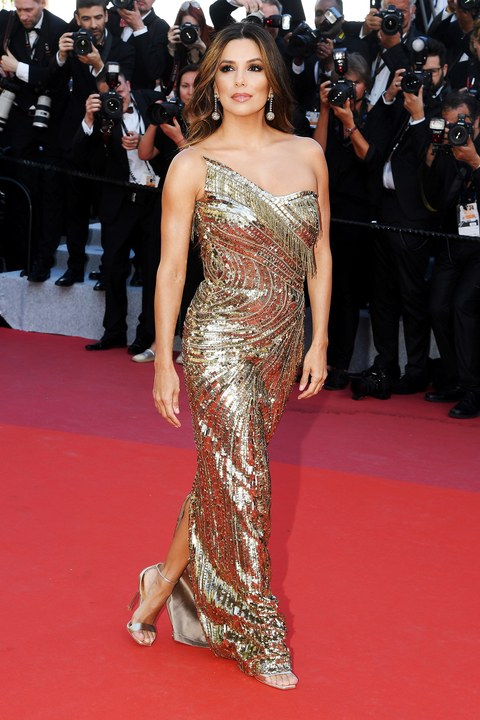 There’s nothing Desperate about the former Desperate Housewives actress Eva Longoria as she shined-literally-in her Cristina Ottaviano form fitting gown! 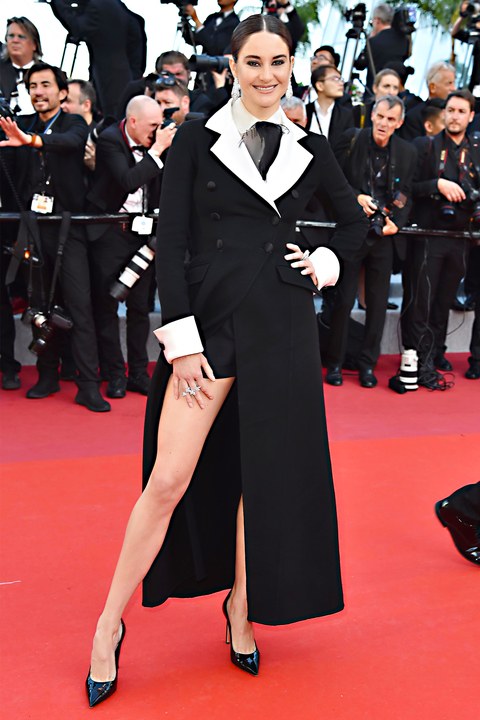 Shailene Woodley was all business in her custom Dior Haute Couture on at Cannes this year, and we love it! Can you say #BossBabe 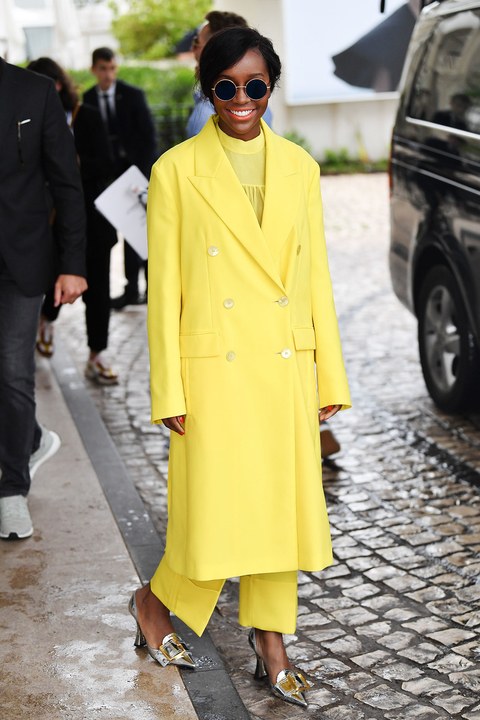 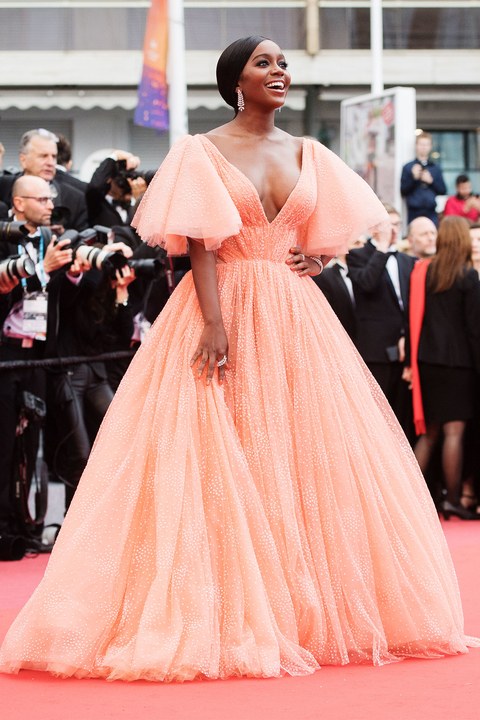 Aja Naomi King was an absolute stunner this year at Cannes, practically floating away in her peach tulle gown by Zac Posen, the actress turned heads (for all the right reasons) at A Hidden Life premiere. That didn’t stop her from wearing a show-stopping yellow monochrome look to mix with the Cannes street-style, and we’re all for it! #LAFMApproved

Lottie Tomlinson Launches Tanologist in US

The Best Places to Grab a Drink in LA