Street inspired silhouettes with a great ornamental touch! Honestly, this is one of the best collections we’ve seen the past weeks. 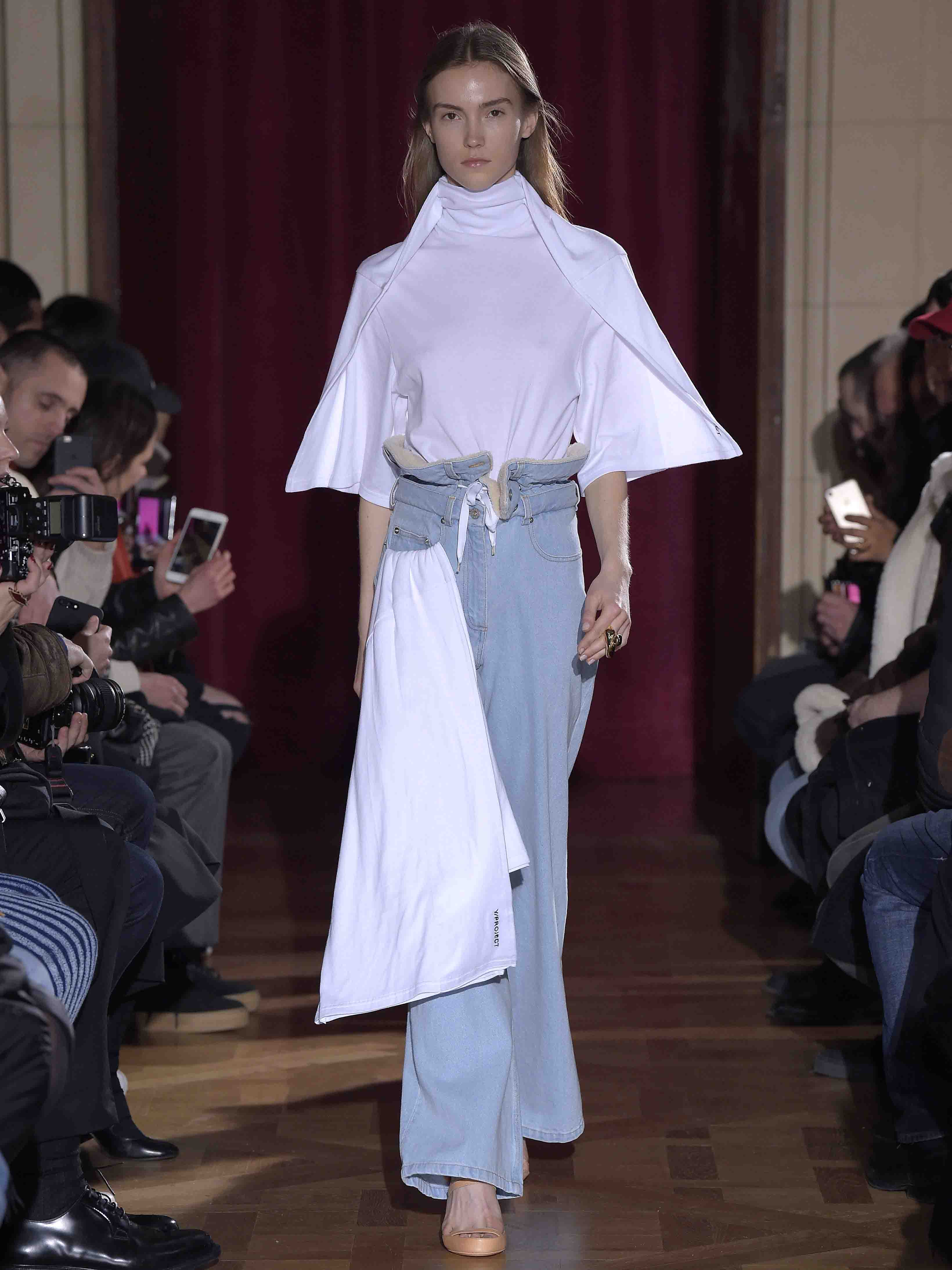 Originating from Bruges, Belgium, Glenn Martens graduated first in his class from the internationally acclaimed fashion institute The Royal Academy of Fine Arts,Antwerp. In 2008, during his final year at the academy, he was recruited to join the team of Jean-Paul Gaultier for the women’s pre-collection in addition to the men’s label “G2”.

In mid-2010, after a successful run as first assistant to independent designer Yohan Serfaty, Mar- tens worked independently on various high-profile projects affiliated with European brands such as Weekday (H&M) and Honest By Bruno Pieters. In February 2012, he launched his Womenswear line during the Paris Fashion Week under the name “Glenn Martens”. Since September 2013, Glenn Martens is leading the men and womenswear of the Parisian based labelY/PROJECT.

Graphic tailoring woven into structural elegance characterizes his designs. Martens’ work bridges a technical background and emotional atmosphere with a straightforward look. Culminating in ar- chitectural cuts that boast a comfortable fit, the foundation of Glenn Martens resides and relies on transcendent versatility.