Local swimwear designer, Amanda Freick of Amanda Louise Swimwear, has been featured in the 2019 Sports Illustrated Swimsuit Issue which is available on newstands until August 2019. She launched a luxury collaboration collection with Bravo TV’s Gretchen Rossi from the Real Housewives of Orange County. The line, Gretchen Christine for Amanda Louise, features semi custom, handmade bikinis that include Swarovski crystals.

Amanda’s mission is to empower women through physical, mental and spiritual fitness. You can hear her share this message through her podcast, Confessions of a Fit Chick. The swimwear line of Amanda Louise is the physical representation of her passion for seeing women thrive. Amanda explains, “I believe to have a ‘bikini body’ all you need to do is put a bikini on your body. For me, the swimwear isn’t just about looking good, but FEELING amazing.’ Through high quality materials and an attention to detail, Gretchen and Amanda have created a small collection that they are truly proud of.

Collection is being sold through www.amandalouiseswimwear.com 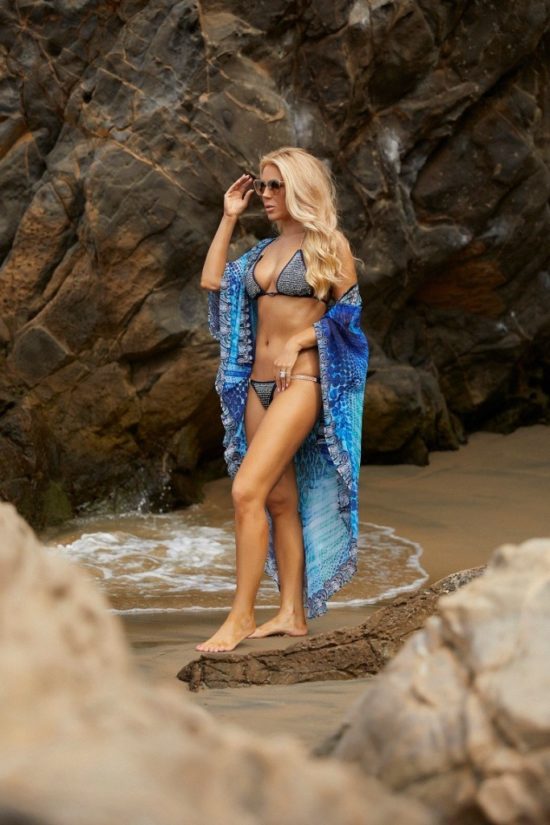 Gretchen Christine Rossi is the Creative Director for The Gretchen Christine Collection. Ever since debuting her first handbag collection in 2009, Gretchen Christine has steadily grown the company to be a well-respected and highly sought- after fashion and beauty brand with products in 7 categories with fans and customers in more than 144 countries.

After obtaining her BA from Baylor University in Waco Texas, her love of design lead her to a very lucrative career in Real Estate and Interior Design. Her accomplishments by 2008 landed her in a very exclusive group of Real Estate Agents. Gretchen was recognized by Coldwell Banker International for being in the top 7% of the world for sales volume and interior design installations. In 2009 Gretchen decided to follow her dreams and make a transition into accessories and fashion that were inspired by her interior design experience.

In June of 2008 Gretchen’s desires to create and perform where noticed by Hollywood producers who approached her about joining the wildly popular NBC/Bravo Television series, “The Real Housewives of Orange County.” Gretchen embraced the offer as a business opportunity, she saw the show as a way to showcase her designs to the masses. Gretchen’s presence and popularity were a consistent factor with-in the TV series over 6 seasons.

The Real Housewives of Orange County is now entering its 14th season, the show is a huge international success recently celebrating more than 150th episodes and being aired in just over 140 countries.

Being owned and syndicated by NBC Universal, it has become a multi-billion-dollar franchise for the network. Gretchen immediately became one of the shows break out stars. With adoring fans all over the world, the show has been seen by over 400 million people, from the UK to Australia, Canada, Israel, South Africa, Dubai, Asia and Mexico. Gretchen now has more than 662,000 twitter followers, she has 731,000 fans on Facebook and another 799,000 on Instagram and growing.

Gretchen’s desire to formulate and design are show no signs of slowing down as she is preparing to launch several other categories within the Gretchen Christine collection by the summer of 2019. 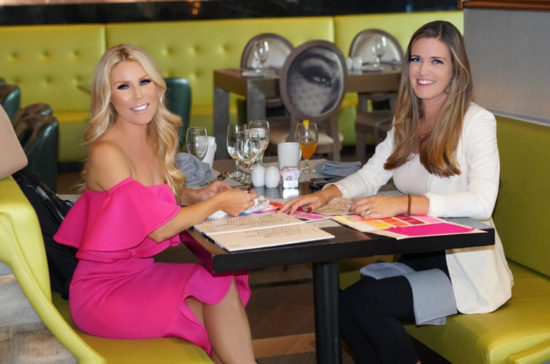 Amanda Freick is the founder of AmandaLouise LLC, a company dedicated to empowering women to live their best life. Within this brand Amanda acts as the owner and creative director of AmandaLouise Swimwear, hosts the Confessions of a Fit Chick Podcast,  and publishes an ongoing meditation series entitled The Mindful Fit Chick. Amanda’s platform is dedicated to the community that has surrounded Amanda Louise to provide sisterhood, resources, and opportunities to live a life of fitness, mindfulness and spirituality. Her deepest passion is to inspire women to step into their true self.

Poppy Lissiman: The Aussie Designer to the Stars

Revamp Your Summer Style With Speechless!

Swimwear to kick off the Summer!

The Best Thing to do This Weekend: Run/Recovery Event with Remedy Place