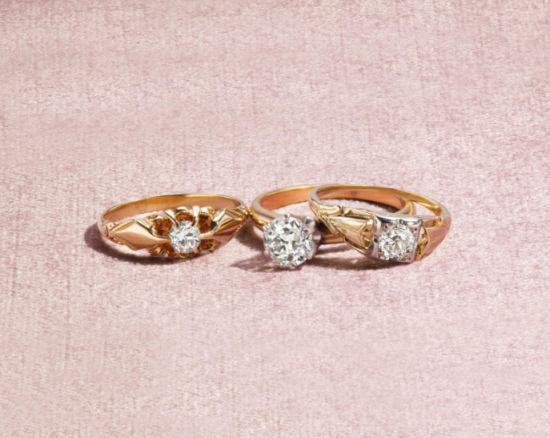 You have plenty of factors to consider when purchasing a piece of diamond jewelry. Aside from the essential things you want to look for in a piece, it will be ideal to learn some interesting facts about diamonds. For example, have you ever wondered how much is a diamond worth? These facts can give you an answer and even help you decide which diamond item to purchase.

It takes several billion years for diamonds to form from 100 percent carbon. It means that diamonds are almost as old as the Earth. They form about 100 miles below the Earth’s surface, with deep volcanic eruptions causing them to travel to the Earth’s crust, where miners can extract them.

Diamond comes from ”Adamas,” a Greek word meaning indestructible or invincible. The word establishes the properties of the gemstone, which is the Earth’s hardest natural substance. It will take another diamond to scratch a diamond’s surface.

Since the beginning, the value of diamonds has been high. People covet it, and for thousands of years, only royalty can afford to wear them. As early as the 4th century BC, India was already into the collection and trading of diamonds. The ancient Hindus used diamonds for the eyes of their devotional statues. They also believed that wearing diamonds would protect them from danger. Many kings’ battle armors were adorned with diamonds.

People from the Middle Ages thought that diamonds had healing properties. They believed that it could cure various ailments. Even today, many spiritual healers use diamonds to treat several disorders. They say that diamonds can detoxify and purify all the human body systems. They profess that diamonds can rebalance the metabolism, build up strength, treat allergies, help clear sight, counteract poisoning, and treat vertigo and dizziness.

The Cullinan diamond holds the record as the largest diamond ever discovered. Miners found it in a South African mine in 1905, and it weighed 3,106 carats. South African leaders and the mine’s owner presented it to King Edward. Then, the Cullinan was cut into pieces, specifically nine large diamonds and 100 smaller ones. The three largest stones are now included in the British crown jewels, which you can view in the Tower of London. The Cullinan is worth $400 million.

Archduke Maximillian III of Austria gave the first engagement ring with diamonds in 1477 to Mary of Burgundy. The gold ring spelled the letter M in diamonds.

You can now purchase lab-grown diamonds with similar optical, chemical, and physical properties to diamonds extracted from mines.

These are a few exciting and fun facts about one of the world’s favorite gemstones. Did you know that scientists discovered a star weighing approximately ten billion-trillion-trillion-carats? They named it Lucy. There is also a one-third pure diamond planet in the Milky Way called “55 Cancri e.”

Create your own Bouquet with Spring Flowers!