Janie Bryant on a Collection Set to Redefine Modern Masculinity 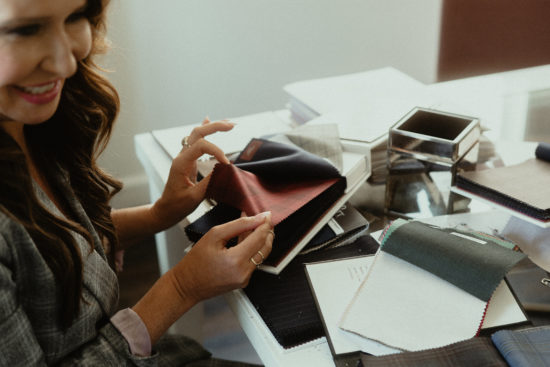 Colorado Springs, CO. – (August 22, 2020): Custom menswear label Inherent Clothier partners with Mad Men Costume Designer Janie Bryant to craft a capsule collection that embodies the Modern Laws of Attraction and redefines masculinity for the modern age. Inherent Clothier is both a couturier and a movement, tailoring modern-day “suits of armor” built to inspire authentic self-expression and confidence while empowering men to speak openly about mental health. Advancing menswear into the technological age, the company’s full-service online shop includes a digital concierge, online booking tool, and web-based custom fittings that can determine a shopper’s best fit to 90% accuracy. Now, Inherent Clothier joins forces with designer Janie Bryant, the award-winning name behind AMC’s Mad Men and HBO’s Deadwood, to set a new standard of style and sophistication for the modern gentleman.

“I have always felt that dressing well can be a form of wellness and can impact well being,” explains Bryant. “The work that Taylor Draper is doing with Inherent Clothier is something I really admire. Mental health awareness is an ongoing issue in our society, and bringing these issues to light is crucial, particularly in today’s difficult time. I’m looking forward to crafting a capsule collection with Taylor Draper that makes men feel confident and good about themselves.”

“We are thrilled to partner with Janie Bryant on a collaboration that seems meant to be,” says Draper. “Her work on Mad Men, Deadwood, The Last Tycoon, Why Women Kill, and many other shows brings history to life through fashion that feels tangible and accessible. We aim to infuse this collection with the panache and sophistication of a bygone era, all while raising awareness for mental health issues.”

Known for inspiring the world to embrace modern elegance, Bryant designs with a keen eye for sartorial details, bringing a distinctively female perspective to menswear that flatters and entices. Fit comes first – but never at the cost of comfort – and her vintage-inspired work resounds the virtues of accessible luxury and savvy, classic dressing. As Founder/ CEO of Inherent Clothier, Taylor Draper brings the full extent of his experience creating a fully functional, versatile menswear label with empowerment and confidence built into every suit.
The design duo is set to begin work this fall on an impeccably tailored Bryant Draper Capsule Collection. Bryant’s adaptation of Madison Avenue’s man, myth, and legend originated a signature style still that still endures in the press and on fashion runways. The complete collection will serve as a permanent addition to Inherent Clothier’s online shop, and the initial launch will feature the following:
● Three suits
● Two tuxedos
● A selection of shirts
● A safari jacket
● A car coat
● Upscale shoe options
● Coordinated belts

The Bryant Draper Collection is set to launch in the 4th Quarter of 2020. Find brand updates and shop the latest summer looks from among four unique Inherent Clothier collections and more than 160 customizable options exclusively at InherentClother.com. Get to know Janie Bryant, one of Hollywood’s most acclaimed costume designers, at JanieBryant.com. For style inspiration, follow @InherentClothier and @costumedesignerJanieBryant on Instagram. 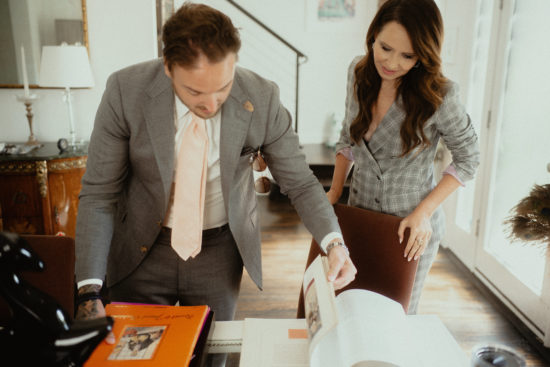 # # #
About Inherent Clothier:
Inherent Clothier inspires bold confidence through custom menswear, providing modern-day “suits of armor” while empowering communities to speak openly about mental health. Build to battle the all-too-common “walk it off” and “man up” approaches to mental health struggles, Inherent Clothier helps men build a fully functional, versatile wardrobe that awakens inherent inner confidence and authentic self-expression. Pairing the luxury of a personal tailor with impeccable service and the convenience of a digital concierge, the company offers online appointment bookings, as well as home, office, or web-based custom fittings. Both a couturier and a movement, Inherent Clothier proudly partners with local and national organizations helping to build awareness around men’s mental health issues like anxiety, depression, and self-doubt. Proving that, together, “We are strong. We are courageous. We will overcome.” Learn more at InherentClothier.com. Get a first look at upcoming events, collaborations, and new collections on Instagram @InherentClothier. Suited for wellness. Built for confidence.

About Janie Bryant:
Janie Bryant is an Emmy® Award-winning Costume Designer well known for her designs on AMC TV’s Mad Men and HBO’s Deadwood, for which she earned the prestigious Emmy® award. Janie is currently costume designer for the new Marc Cherry created production Why Women Kill which premiered in August 2019 on CBS All Access and will return for a second season in 2020. The first season of this comedic drama is set in three different decades and stars Lucy Liu, Ginnifer Goodwin, and Alexandra Daddario. Janie is currently working on the new FX show, The Old Man, starring John Lithgow and Jeff Bridges. Janie was the costume designer on The Romanoffs, a television series created by Matt Weiner that was on Amazon Video in October 2018, and she also designed the Deadwood movie for HBO. Janie was the costume designer of the short-lived but critically acclaimed Amazon show The Last Tycoon, with Lily Collins and Matt Bomer, which showcased Hollywood glamour of the 1930’s. She also designed the box office hit of the remake of Stephen King’s iconic movie IT. Janie’s costume design has been cited as influencing designers Michael Kors, Vera Wang, Prada, Marc Jacobs, and others. After studying fashion design, moving to Paris for design, and then New York where she got involved in the TV and film industry, Bryant then moved to Los Angeles to follow her passion of continuing her career as a Hollywood Costume Designer. Along with her critically acclaimed and prestigiously awarded costumes and her own Ready to Wear line for extended sizes (JXB), Janie had also designed the successful Mad Men collections in collaboration with AMC TV and Banana Republic and has worked with many brands including Brooks Brothers, Shoes of Prey, Hearts on Fire Diamonds, Downy, SONY, NIKE, Maidenform Intimate Apparel, Mack Weldon, Hartmann luggage, eBay, Airbnb, Black Halo, and Unique Vintage. Janie also designed the uniforms for the relaunch of the Watergate hotel in Washington D.C. In 2011, Janie released her first book called “The Fashion File” with style tips and inspiration to help every woman become her own “leading lady.” Janie can be found on Instagram @janiebryant @Costumedesignerjaniebryant and on Twitter @janiebryant.

Bluebird in a Box Offers the Gold Standard of Home Entertaining Kits, Delivering Everything You Need To Bring Back the Art of Hosting