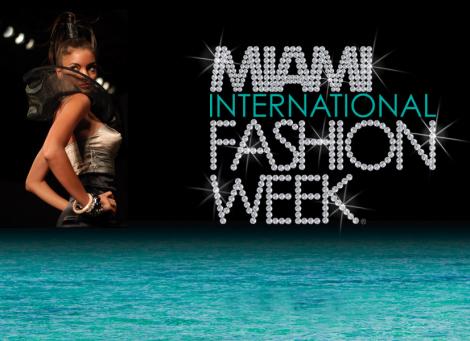 On June 2nd through June 5th, Miami Fashion Week took place at the Ice Palace Studios in Miami’s Art district. The 5-day event was an opportunity for designers to showcase their upcoming luxury resort collections, all of which reflect on the lavish Miami lifestyle, especially the rapid-growing design scene. Antonio Banderas, the new honorary president of Miami Fashion Week, has been very excited about his new position and has used his passion for both the city of Miami and for fashion to make efficient changes and come up with new ideas in order to create the most extravagant Miami Fashion Week thus far. Banderas proves his excitement as he states,

“We’re going to bring to fashion a new way of communicating. Unquestionably, Miami is a city in full swing with a rapid growth in all areas that deserves to have a fashion event of the highest international level.”

Miami Fashion Week equipped designers and fashion enthusiasts with an extraordinary opportunity. Miami’s VIP crowd was able to experience a variety of fashion-forward events that were also educational in many ways. Each of the brands that presented their 2017 collections during the 5-day event have fascinating histories. The designers beautifully presented the culture behind each of their brands on the runways.

During a time when the Peruvian government banned machinery imports, Liliana Villalobos continued to pursue her passion and used her sewing skills and great ideas to build Aguaclara, a brand that was created to access the European and North American markets. Liliana’s designs are influenced by the riches of the Amazon and its ethnics.

The individual experiences of Arnaud Maillard and Álvaro Castejón, the founders of Alvarno, allowed them to combine their cultures to create unique designs for women’s clothing. “The Light of Madrid and the Spirit of Paris” is the brand’s motto.

Claudio Bertolero is a fashion designer who’s work is inspired by the Peruvian Paso horse. She found her passion for the fashion world through the equestrian sport, and has dedicated her time to creating designs that are elegant and unique.

Custo Dalmau, Spanish fashion designer, took the experiences that he encountered while traveling the world and used those memories to create a line of graphic T-shirt wear.

The designs of Agatha Ruiz de la Prada have become a medium of artistic expression and have been showcased in the most international capitals of fashion such as Paris, Milan, Berlin, Madrid, and Barcelona.

Ana Maria Guiulfo is a very artistic designer overall and has used her passion for fashion, art, music, design, travel, and culture to further enhance her collections.

Yirko Sivirich’s designs have been showcased in over 13 international fashion shows. His passion for fashion became known to him when he began working for Ermenegildo Zegna, the Italian fashion label.

Andrés Sardá focuses his efforts on the design and image of lingerie. Sardá has transferred his work over to his daughter, Nuria, who is now the creative director of the company.

Miami has always been a very influential place for Rene Ruiz. His eye for high-quality fabrics has developed his brand into something luxurious and sophisticated.