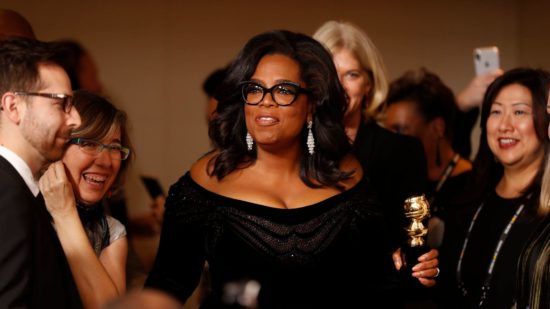 As I sat in my living room, munching on overcooked spaghetti and wearing a green-tea facemask, I was ready and waiting for the 75th Annual Golden Globes Awards to begin. Living in LA and being only a few miles away from the legendary Beverly Hilton where the event takes place, I was consumed by the idea of what this year would bring. Gone are the days of celebs being asked ‘who they’re wearing’ on the red carpet, instead of their career, the movie they’ve been nominated for, and the like. Gone are the days of women being overlooked and underpaid, gone are the days of people of all genders not speaking out about violence, sexual abuse, and general misogyny, and tonight at the Globes I knew the other 19 million viewers and myself would see something different, experience something different, but what happened only a few nights ago was nothing that I expected…

I had heard the rumors that many celebrities would be wearing all black in support of the Time’s Up Movement, a legal fund created to defend those who have been sexually harassed, assua\ted, or faced inequality in the workplace, but I didn’t realize how it would make me and hopefully so many other out there feel. Seeing so many men and women wearing all black in solidarity for this cause was nothing short of…invigorating. Seeing famous faces walk the carpet with activists practically brought me to tears. The glamorous gals walked the carpet in their best black attire, and as the awards began and host Seth Myers began his comical one-liners, including “There’s a new era underway. And I can tell because it’s been years since a white man was this nervous in Hollywood.”

The night went on, celebrities stood up and graciously accepted their awards, more laughs were had, and then Oprah rose to accept the Cecil B. DeMille Award. And the night turned. Leave it to Oprah, who’s entire career in entertainment was hard-hitting interviews with anyone, from murders and convicts to disabled youth and people going through a difficult divorce, her entire career has been about understanding the human being, understanding the meaning behind the words they say, and as she glided up in her form fitting off-shoulder black velvet gown, she excited the revolution.

“It is not lost on me, that at this moment, there are some little girls watching as I become the first black woman to be given the same award [Cecil B. DeMille]” she goes on to passionately say “what I know for sure, is that speaking your truth is the most powerful tool we all have. And I’m especially proud and inspired by all the women who have felt strong enough and empowered enough to speak up and share their personal stories. Each of us in this room are celebrated because of the stories that we tell, and this year we became the story!” 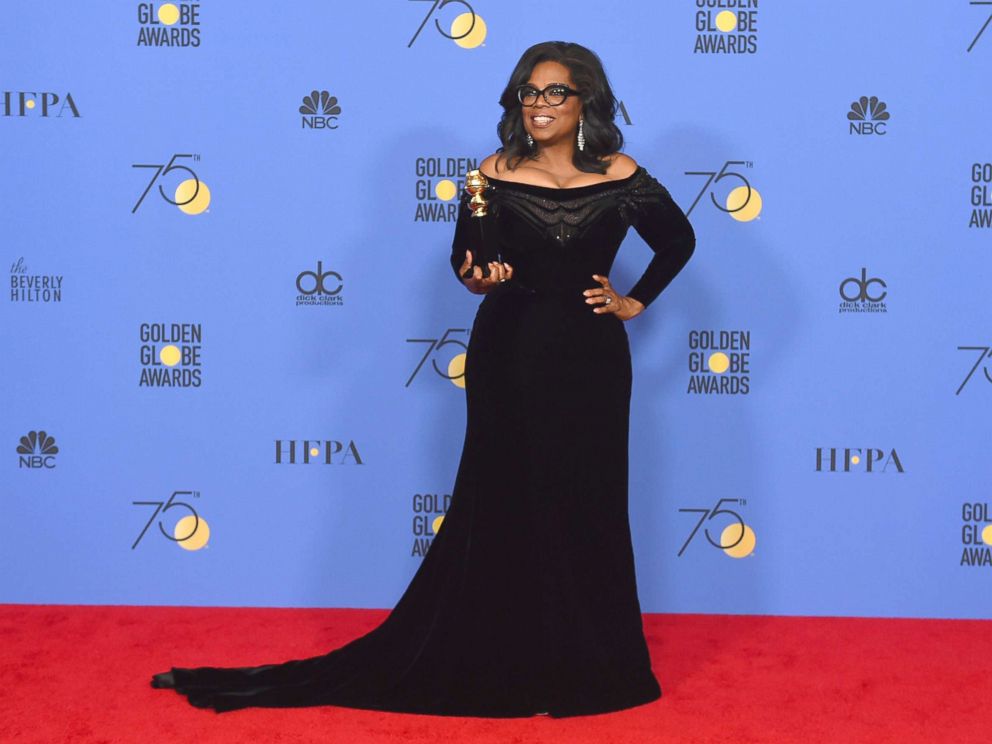 “But it’s not just a story affecting the entertainment industry, it;s one that trasncends any culture, georgraphy, race, religion, politics or workplace. so i want tonight  ezpress gratitude to all the women who have endured years of abuse and assault because they, like my mother, had children to feed and bills to pay and dreams to pursue. They’re the women who’s names we’ll never know”…and “For too long women have not been heard or believed, if they dared to speak their truth to the power of those men…but their TIME IS UP!”

I wiped away tears as Oprah left the stage after delivering what some are hoping is a presidential speech…#OPRAH2020??? And, as always, has touched the heart of so many with only a few moving words. While I have been fortunate enough to never haven been discriminated against, nor faced any workplace sexual harassment or under-payment, the importance of Oprah’s speech remains that this movement, this revolution is not about ‘if you’re been a victim, say something,’ it’s about women and men closing the gap and communicating with one another. It’s about standing up and speaking out, you don’t have to have been personally victimized by a cruel system, or your culture, but we together must acknowledge it and fight towards something better. We must listen to one another, love one another, and be better citizens of the world.

Girls of The Golden Globes