It’s always exciting to see what the designer that wardrobes the likes of Kylie Jenner, Brandy, GIGI gorgeous and the list goes on and on, decides to showcase for their fashion show… And as expected, we were blown away as we were introduced to THE NEW HOLLYWOOD.

Models fiercely strutted down the runway in sexy, sultry silhouettes that highlighted true LA confidence. From sheer layers of lace, appliqué’s of flowers and sizable stones and bling, to the oversized jewelry that adorned each look by designer Alex, a partner in crime to Adolfo, making us quickly fall under a REALITY SPELL that made us feel an urge to hashtag #musthave next to each post.

In addition to the glam, something new to the designers show were handbags that were custom made for specific looks that helped add that extra umph of attitude. We are familiar to seeing corsets and dramatic add ons, but this time we are highlighting the clutches with ruffles being showcased as well as a chain adorned messenger that we could already see in our closet. However, we couldn’t help but wonder, when will a Jenner sister be seen wearing this look? Guess we better camp out down WeHo or on Rodeo Drive.

The show’s closing model did however steal the show. As the last model came out we noticed a flowy white Lochness Monster of a dress come to life swaying side to side to having everyone be mesmerized by the detailing that we have become familiar with when seeing a show by Adolfo Sanchez.

Upon closing of the show, we sat back acknowledging that It is no wonder this designer is often seen through hollywoods most sought out celebrities – his designs are truly a definition of MODERN HOLLYWOOD MUST HAVES. 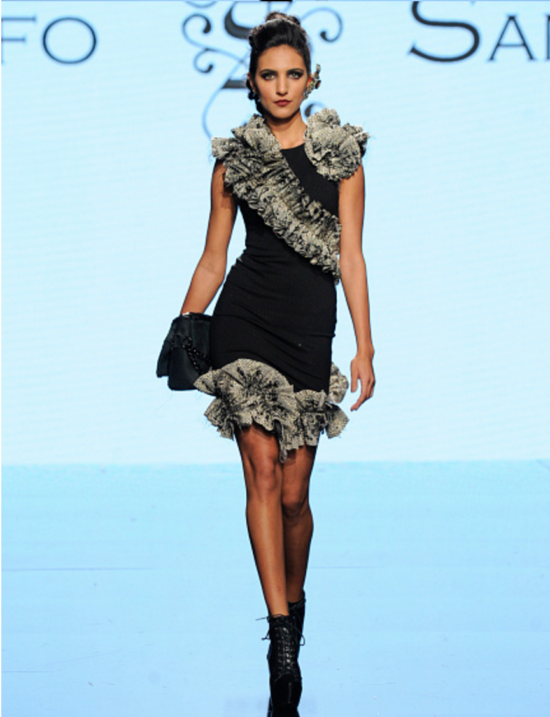 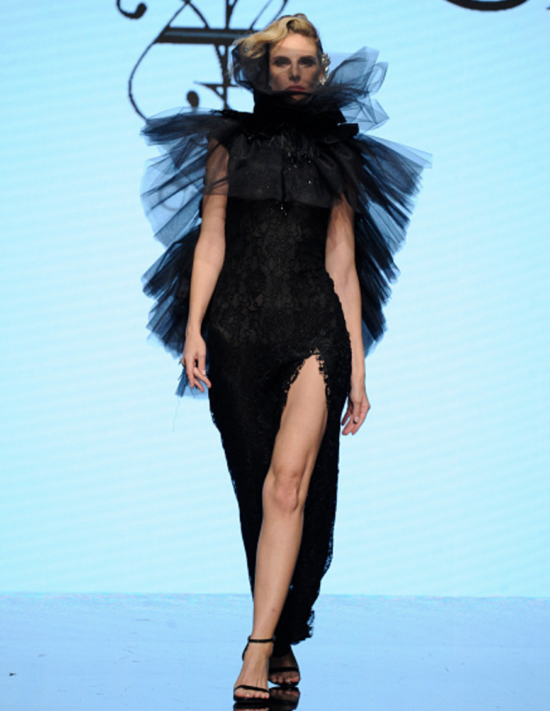 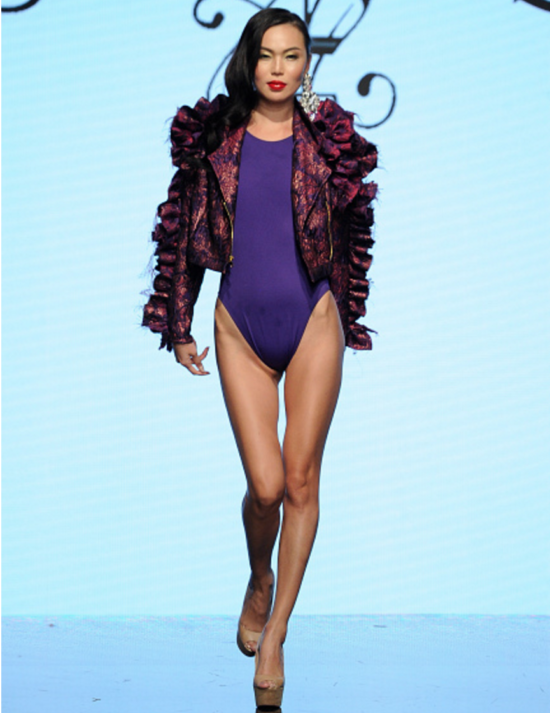 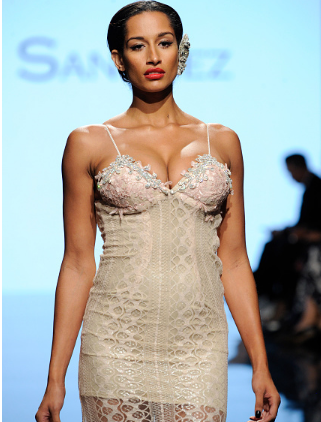 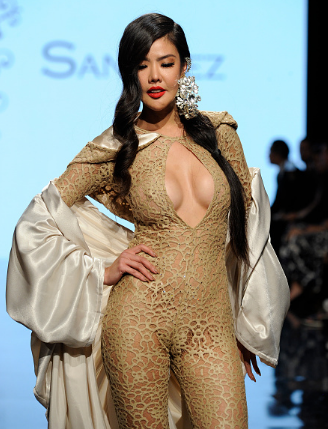 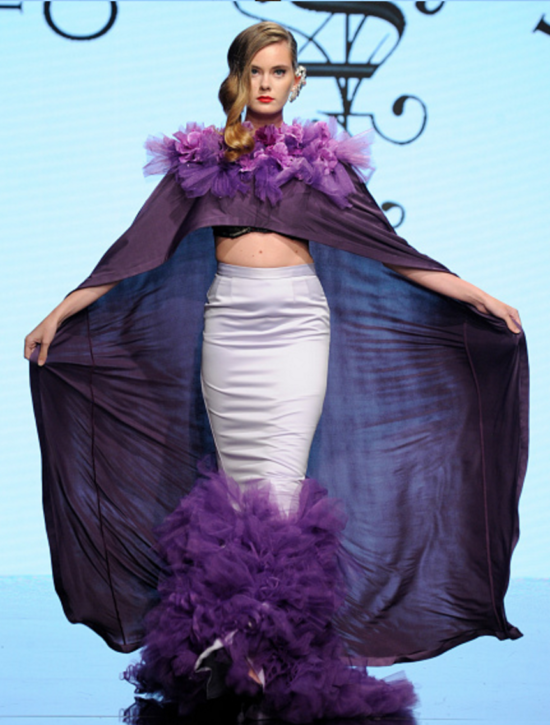