Philipp Plein’s recent choice to make NFL wide receiver, Braxton Miller, a brand ambassador continues its tradition of breaking rules and opening exciting new realms of possibility in the world of fashion. Men as solid as brick walls clash like gladiators in a field fueled by testosterone in football. In fashion, beauty, grace, and the fairer sex take center stage. Pairing these drastically different elements, however, has produced some exciting results. 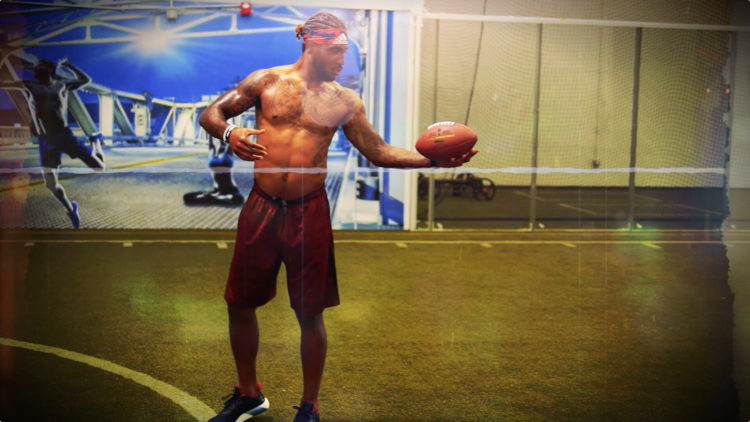 In the new video for the Plein Hero campaign, Braxton could easily be mistaken for one of the superheroes that have graced Philipp Plein’s luxurious t-shirts; visual images of his sculpted physique and uncanny athleticism are combined with those of a crocodile leather jacket that was custom designed for the athlete. It’s an image of man at his peak physically and stylistically, and it makes a striking statement for men’s fashion and Philipp Plein’s unique take on what that looks like.

Just 23 years old #BraxtonMiller ‘s style and success is turning heads on and off the field !!! In this clip ” #MeasuresOfSuccess the creation of his personalized and custom made croc #PHILIPPPLEIN jacket mirrors how self-belief, hard work and pain-staking dedication will take this #PleinHero #allthewayup !!!! Welcome to the family brother ……. #PLEINSQUAD ……@BraxtonMiller #chargedup? #NaturalBornWinner 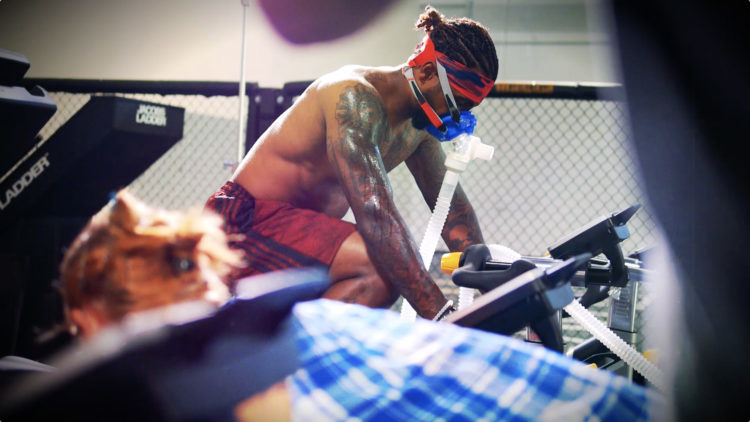 Braxton Miller’s appearance in the video may come as a surprise to some, similar to his genuine interest in fashion, but he is no stranger to proving people’s expectations of him, and any limit concerning his ability to succeed for that matter, incredibly wrong. Examples include taking over the starting quarterback position in college, after beginning as a backup during his freshman year at Ohio State, and then going on to win back to back MVP Big Ten MVP’s during his sophomore and junior years. Unfortunately, this momentum would temporarily be stalled as he was sidelined for the majority of his senior year by a shoulder injury, yet he was able to receive a medical red-shirt, and the temporary suspension enabled him to come back for a 5th season.

Entering that year, he switched positions to wide receiver, and shocked the sports world during his first game at the position; he lit social media aflame when he gave the Ohio Buckeyes an 11 point lead with the now famous spin move he made on route to a 51 yard touchdown that night. He would finish the game with two touchdowns and 140 total yards, and he showed the world he could play the wide receiver position just as well as quarterback. Braxton would leave college football as the most decorated player in Big Ten history, having received a total of 7 conference awards, and went on to be drafted by the Houston Texan’s in the 2016 NFL Draft as a wide receiver. 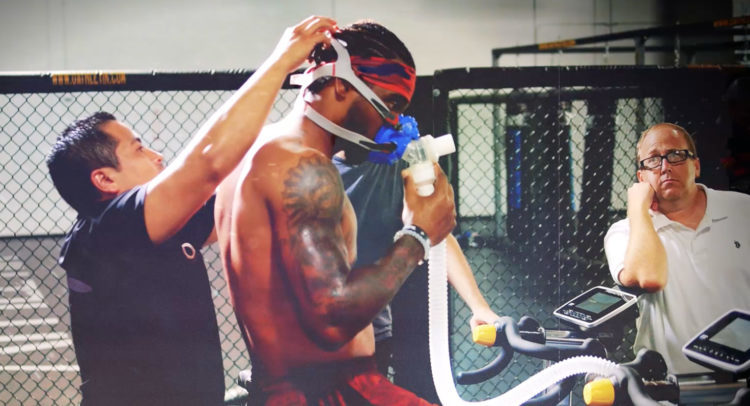 This unlikely success story makes the collaboration with Philipp Plein, who started out designing furniture before his success in fashion, more compelling than most. Each of them specialized in one particular role at the beginning of their careers and then chose to do something entirely different at critical moments when circumstances around them changed-surprising others with the great results leaving their comfort zones gained for them.

Braxton appears quite comfortable in his new role with Philipp Plein, and he even managed to surprise the company with how well the Philipp Plein Sport Campaign video featuring him faired against one that was made with two very well-known celebrities.

His video outperformed the Hero Campaign video featuring Chris Brown and Carmen Dell’Orefice (Braxton’s has over 367,675 views on Facebook, while the other has 79,780 views). He is currently the only professional athlete in America to be endorsed by Philipp Plein, and based on how things are going, they feel this is only the beginning of what they can do together. Check out the Q&A below with Braxton to learn more about him and his foray into fashion with Philipp Plein.

For those out there unfamiliar with Philipp Plein and its successes, can you describe the company, what it does, and what it’s known for?
“Philipp Plein is not only a German luxury designer, but he has an emerging international fashion brand. The company was founded by Philipp in Switzerland and has grown really fast, opening hundreds of stores internationally. They are one of the hottest names in fashion.”

What do you think people find most compelling about Philipp Plein?
“The style/design is very unique and very exclusive.”

How did the connection with Philipp Plein come about and why did they you choose you as brand ambassador?
“He believes in me. Philipp and I both had to work so hard to achieve what we have in our lives. Nothing has come easy and everything had been earned. Philipp likes to say, ‘We are Natural Born Winners’, that mutual understanding has produced a great comfort level with working together.”

How do you think your customers will view this new campaign, and what has the feedback been like so far?
“To be blunt, they might be a bit shocked that I would dive into such an established luxury brand right before the NFL draft. Everyone has passions. Football is my passion but I also love Fashion and I think my fans understand that while I am a football player, I have passions outside of my career just like everyone else.”

Anyone who has seen your website can see that Philipp Plein makes really stylish clothing for both men and women. Have you benefited in any way from the current trend in fashion towards more gender neutral clothing?
“When it comes to fashion, I am always seeing the latest trends and keeping up with everything. Being in Columbus for several years, I was surrounded by fashion. We have the Limited Brands HQ, Express, Abercrombie, and Victoria Secret.”

Philipp Plein gifted you with a custom crocodile leather jacket right? Is this symbolic in any way (like representing toughness, or having a thick skin, so to speak)?

“Absolutely, there was always the haters doubters and nonbelievers about me not being able to do a position switch and scrutiny so I had to be tough. I had to have the confidence that there is one way I’ll do it and that way will get the job done.”

What was your involvement in the campaign, and what do you feel is most exciting about your collaboration?
“Being an essential role in launching Plein Sport. What excites me the most is that this is just the beginning. Right after my campaign they just did a campaign with Fergie. It’s high fashion.”

The video for the campaign contains striking visuals and displays of your extraordinary athleticism. Was this deliberately done to deliver a specific message to the audience, and if so, would you mind expanding on the thought process behind the visuals selected?
“Philipp is a genius when it comes to campaigns and launches. A year back or so I said I was the best college athlete in the NCAA. I still believe I was and am in this rookie class. Philipp Plein is the brains behind the campaign, I’m just blessed with the opportunity right now.”

Are there further plans for the campaign, and what can fans of the brand expect to see down the road?
“Maybe see me at NYFW…or something. That would be cool.”

How would you describe the experience of making the video?
“It was a work of art and very professional. From start to finish, they are very precise with ensuring that every detail is on point. Philipp is a perfectionist.”

What was it like on set?
“Similar to football in a few ways, The Director is like the Coach. He calls the plays and I just execute.”

Top Qualities to Look for When Buying Dresses This Season