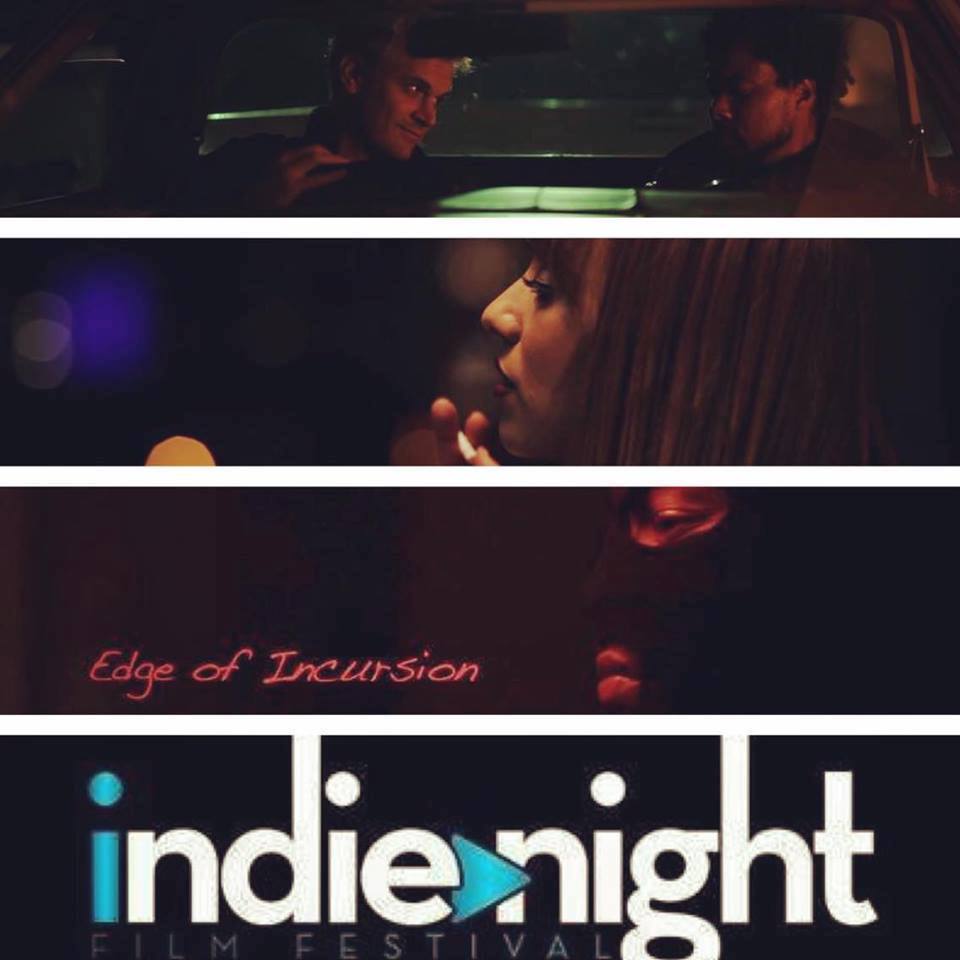 Indie Night Film Festival, hosted by Dave Brown, began when Brown and his colleague Eriq La Salle decided that they wanted to aspire to create a film festival that would show their support for the Independent Film category. This year, Indie Night Film Festival will be hosted in Hollywood, where the short film “Edge of Incursion” will be premiered on July 9th. Ron Robison, both the writer and producer of “Edge of Incursion”, approached Kash Hovey, a long time friend of Robinson’s and one of the leading actors in the film, because he thought Hovey would be the perfect fit for the role of Neal. Kash Hovey has continued working with Ron Robinson and has been working toward taking his acting career to the next level. Hovey has starred in films such as “Jack and Cocaine” and “Undatable John”, which will be released later this year. We can expect to see Kash Hovey in some more films in the near future. He talked more about his acting career and about “Edge of Incursion” in an interview that he took the time to do for The LA Fashion Magazine.

What made you decide that you wanted to be a part of “Edge of Incursion”? What made the film so intriguing to you?

The director and star Ron Robinson and I met on a film set years ago and have been good friends ever since. We’ve always shared a love for movies. Ron is very talented and I’ve always admired his style of filmmaking. When he asked me to play the role of Neal and showed me the script I was totally up for it.

How does “Edge of Incursion” stand out from the other films that you’ve acted in?

Edge of Incursion was a lot of fun to shoot. We filmed in Santa Monica and Downtown LA. Visually, it really captures the city. The film is a mystery so the audience follows the characters as they prepare for an uncertain night of anticipation.

Between your role in “Edge of Incursion” and your role in the upcoming film, “Undateable John”, which character would you say is easier for you to relate to? Have you had any roles so far that you have had trouble portraying because you aren’t able to relate to them as much as your other roles, or would you say that you’ve been pretty happy with all of the roles you’ve played so far?

Every role is different. I just love acting period and it’s so much fun to jump into a role whether it’s dramatic or comedic. There are definitely times when I read a script and can identify with certain aspects of the character. Other times I’ve played someone who is nothing like me at all, which makes it all the more fun to transform for the performance. I’m happy and grateful for the opportunities and characters I’ve been able to play so far. There’s no better feeling for me than to be on a set and work with creative people. ‘Edge of Incursion’ is a mystery short so the audience is trying to figure out what the characters are preparing for. ‘Undateable John’ is a Romantic comedy and the character I play, Adam, is more of an antagonist role. In ‘Jack and Cocaine’, I play Jack, a street hustler who falls in love with a girl who has the same profession as Cocaine, who is played by Jenna Stone. They begin a journey to get there lives together and find out there is a reason why they were meant to find each other at the end.

Which actors or actresses do you look up to the most?

I could go on for hours discussing movies, directors, actors and actresses who have inspired me. It’s a tough question to answer because I discovered different films and actors at different parts in my life and each film/performance impacted me in a different way. A few actors/actresses whose performances have inspired me that I’ll say are Jack Nicholson, Mark Wahlberg, Julianne Moore, and Reese Witherspoon.

Are there any more upcoming projects that we can hope to expect from you in the near future?

Yes. I’m in ‘Another Blackout’ opposite Katherine Bailess from VH1’s Hit The Floor. It’s available to watch on indi.com. I’m in a web series that is coming out called ‘Before I Got Famous’ where I play a ruthless director named Braft. I recently booked another lead role in the feature film called ‘Bad Day’ with my friend ‘Cortney Palm’ from ‘Zombeavers’ and ‘Death House’.

The LA Fashion Magazine will be making an appearance at Indie Night Film Festival this weekend and cannot wait to get a first look at “Edge of Incursion”.

Ariana Grande x The Return of The Girly Girl