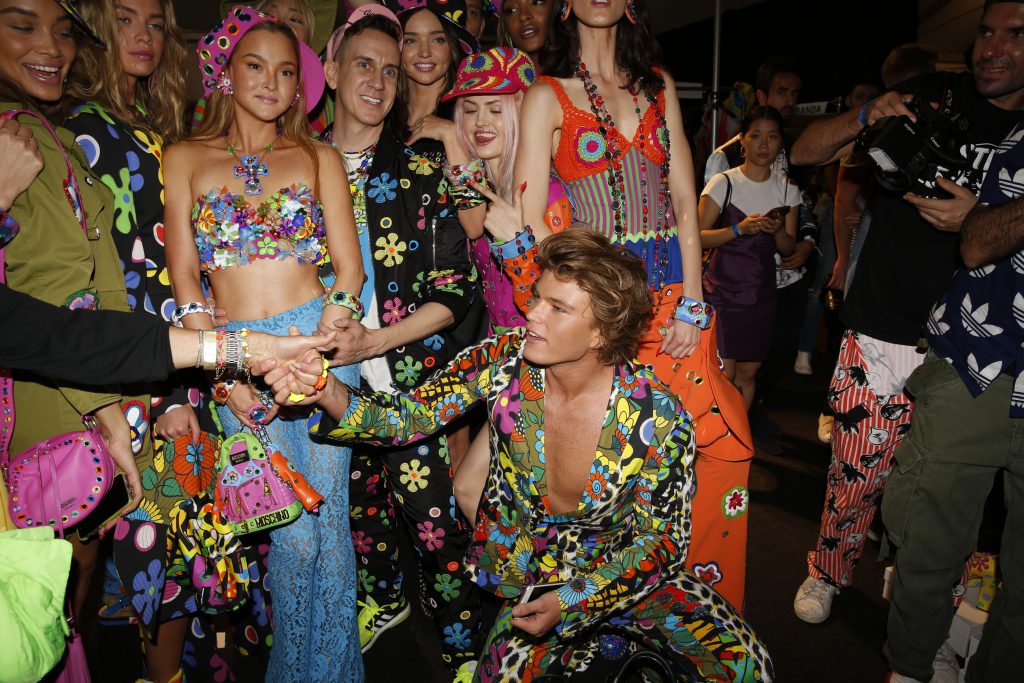 Known for putting on some of the most extravagant and well-known fashion shows, MADE traveled to the city of Los Angeles to host an event on L.A. Live’s Event Deck, which included a variety of pop-up shops along with a fashion show that showcased new collections for Jeremy Scott’s brand, Moschino. Los Angeles, one of the main centers of fashion, was the perfect place for MADE to hold this two-day event. Jenné Lombardo, the co-founder of MADE, explains why the MADE team was so excited about bringing the event to Los Angeles as she states,

“LA is just culturally inspiring right now. There’s so many designers and artists and musicians that reside there, it’s really at this peak form an artistic perspective. We have such an affinity for it.”

At the start of the event, guests were able to scout out over 30 pop-up shops such as Valfré and Sami Miro Vintage. Every one of these shops was a part of a market-like setting that was called “The Stores”. The overall point of The Stores was to ultimately showcase work from different L.A.-based artists and clothing designers. However, the most significant part of MADE’s event last weekend was the exclusive fashion show that featured the upcoming 2017 collections from Jeremy Scott’s Moschino brand. During the second day of this event, Tyler the Creator followed the Moschino fashion show with a showcase of his own new collection as well. Tyler announced that this season’s collection would be the very first collection for his fashion line, Golf Wang. The clothing from Tyler the Creator’s collection was available for guests to purchase directly after the fashion show. The overall event, especially the fashion show, was very consumer-based, which is a big change from the traditional fashion shows that MADE has been known for putting on. Each one of the talented clothing designers and artists that Jenné Lombardo expressed her admiration for are what made the event so extraordinary. While MADE was able to allow the attendees to discover the best of L.A.’s artwork and exclusive designs, those artists and designers that made the event possible were able to bring out the best of L.A.’s street style and make fashion history. Jeremy Scott is known for outrageous, untraditional designs that really cannot be found anywhere else. The guests of MADE’s event took this past weekend as a chance to be outrageous just like Jeremy Scott’s designs. Most of the people who attended the event wore Moschino in honor of Jeremy Scott’s fashion show.

While the general guests enjoyed The Stores and other activities throughout MADE’s event, celebrity guests made appearances at the fashion show to celebrate Jeremy Scott’s upcoming Men’s S/S ’17 collection as well as his Women’s Resort ’17 collection. Take a look at the celebrity style throughout the audience of the Moschino fashion show.