Spoiler Alert: There was nothing Bazaar about it!

Harper’s Bazaar, one of the leading women’s magazines in the world, has always been at the forefront of fashion and cultural trends, and leads the way for women of all ages in terms of creative vision, leadership and in-depth discussions with inspiring people. This fall Harper’s came to Los Angeles to celebrate top designers in the fashion industry and engage in a discussion about women in leadership roles in a variety of industries. Hosted by none other than Harper’s own Fashion and Beauty Editor, Avril Graham, these events were elegant, enchanting, and engaging to all their audiences, bringing the fashion world to California. As always, where there’s fashion, there’s Harper’s Bazaar.

A huge tent magnifique sat in front of Saks Fifth Avenue at Costa Mesa Paza and at 7:20pm on Friday, what was merely an enormous enclosure transformed into a fashion show and after party that can only be reminiscent of New York Fashion Week, think Cinderella’s rags being turned to riches… As the lights dimmed, the 3-sided catwalk came alive and glamorous models wore the season’s best while three levels of stylish guests watched on. Decadently detailed dresses from Oscar de la Renta, a paradisiacally purple skirt by Ferragmo, and some out-of-this-world wonders by Versace were some of the standouts of the evening, with other notable designs by Roberto Cavalli, Lanvin, Moncler and many more also showed their pieces. It was more than a runway, it was a representation of art  as 5 pieces per designer were showcased. Quite an ode to the 50 year mark of South Coast Plaza,  and evocative of Betsey Johnson’s 50 years in fashion for NYFW in 2015-this event definitely established Cali as a City worth of high-end catwalks. Pops of color, elegance and a touch of edge brought the style and trends normally only seen in NYFW to California, and it was surely a sight to see! 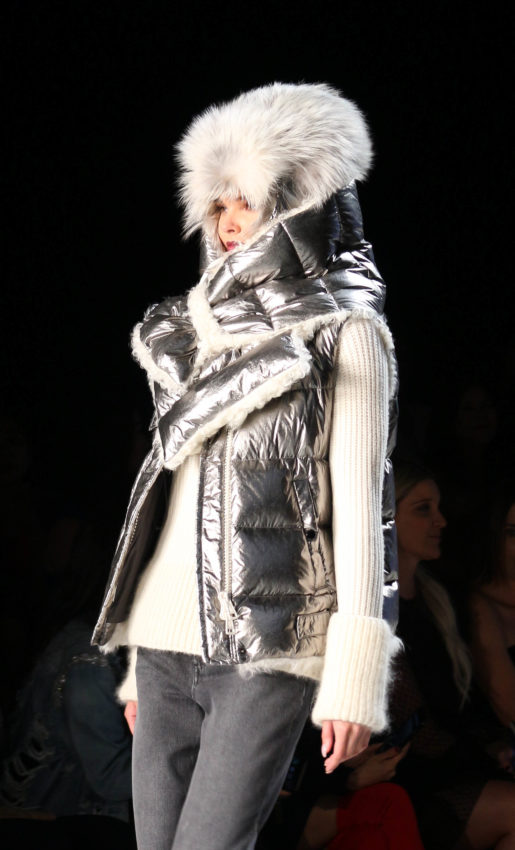 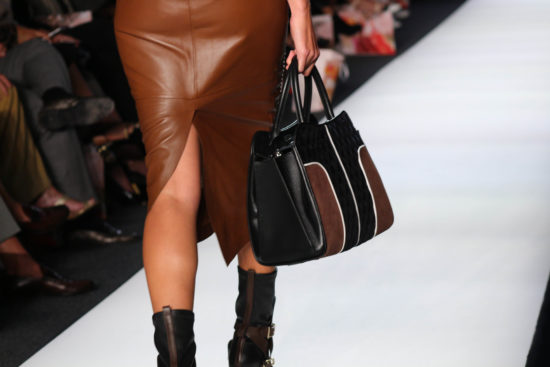 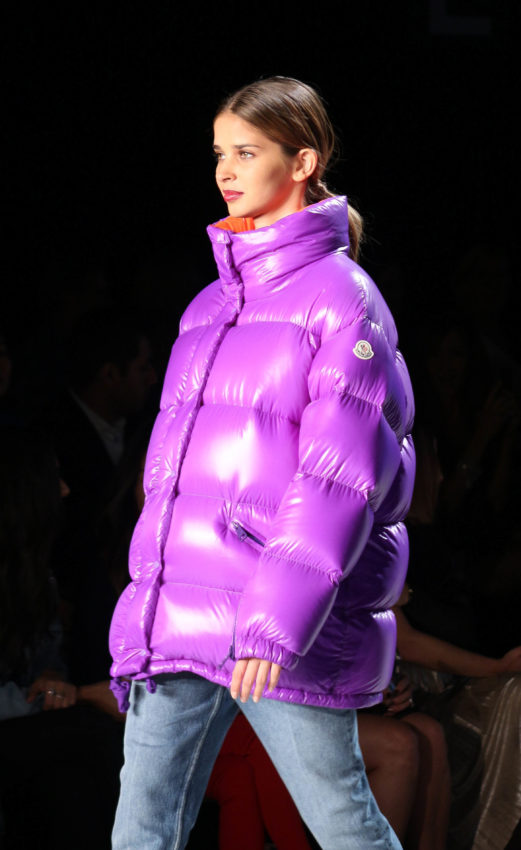 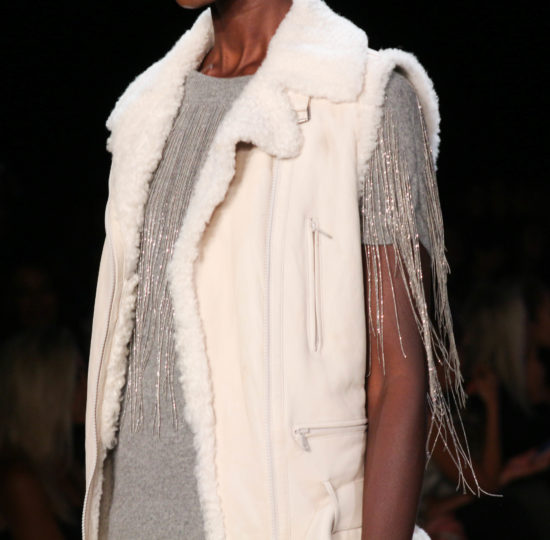 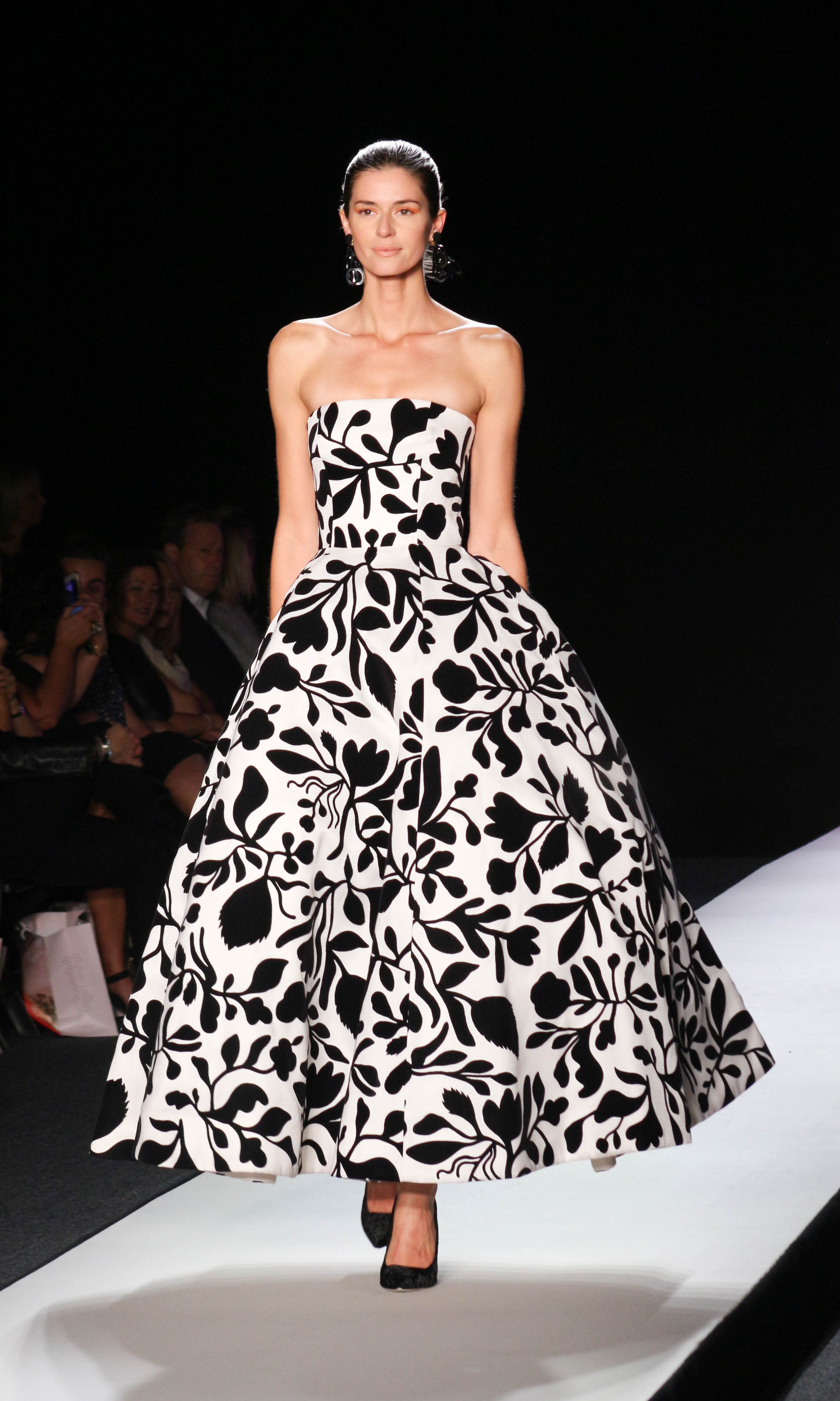 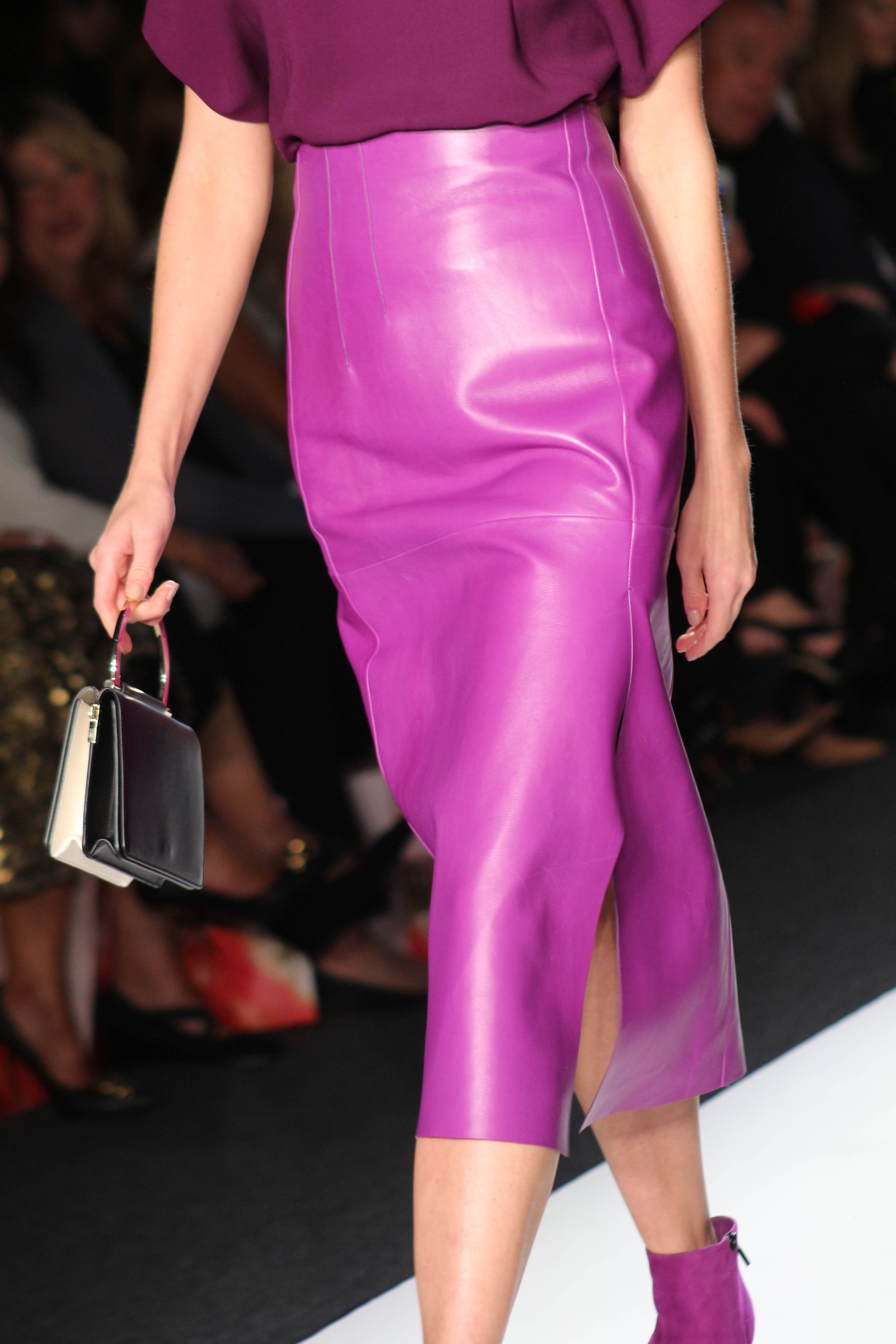 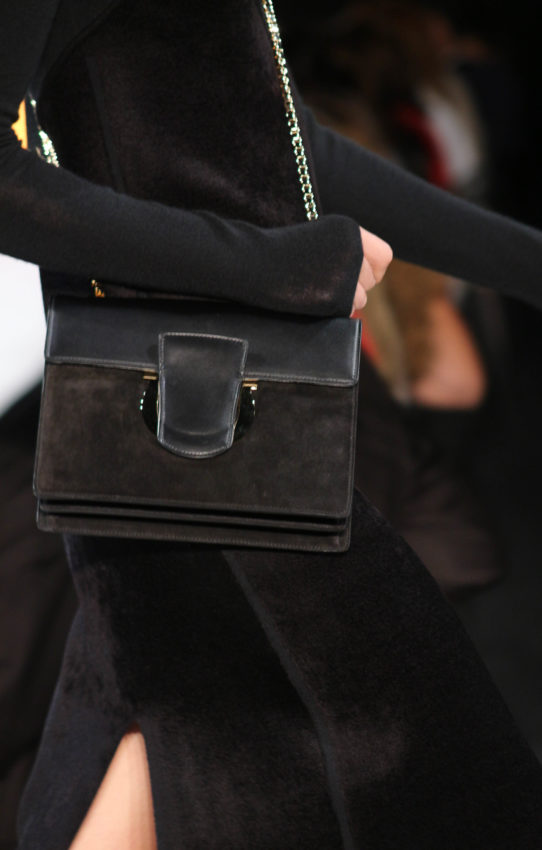 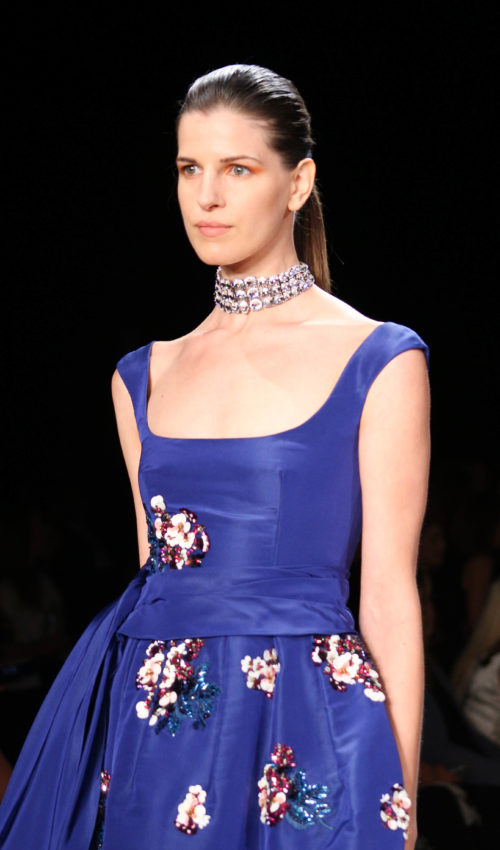 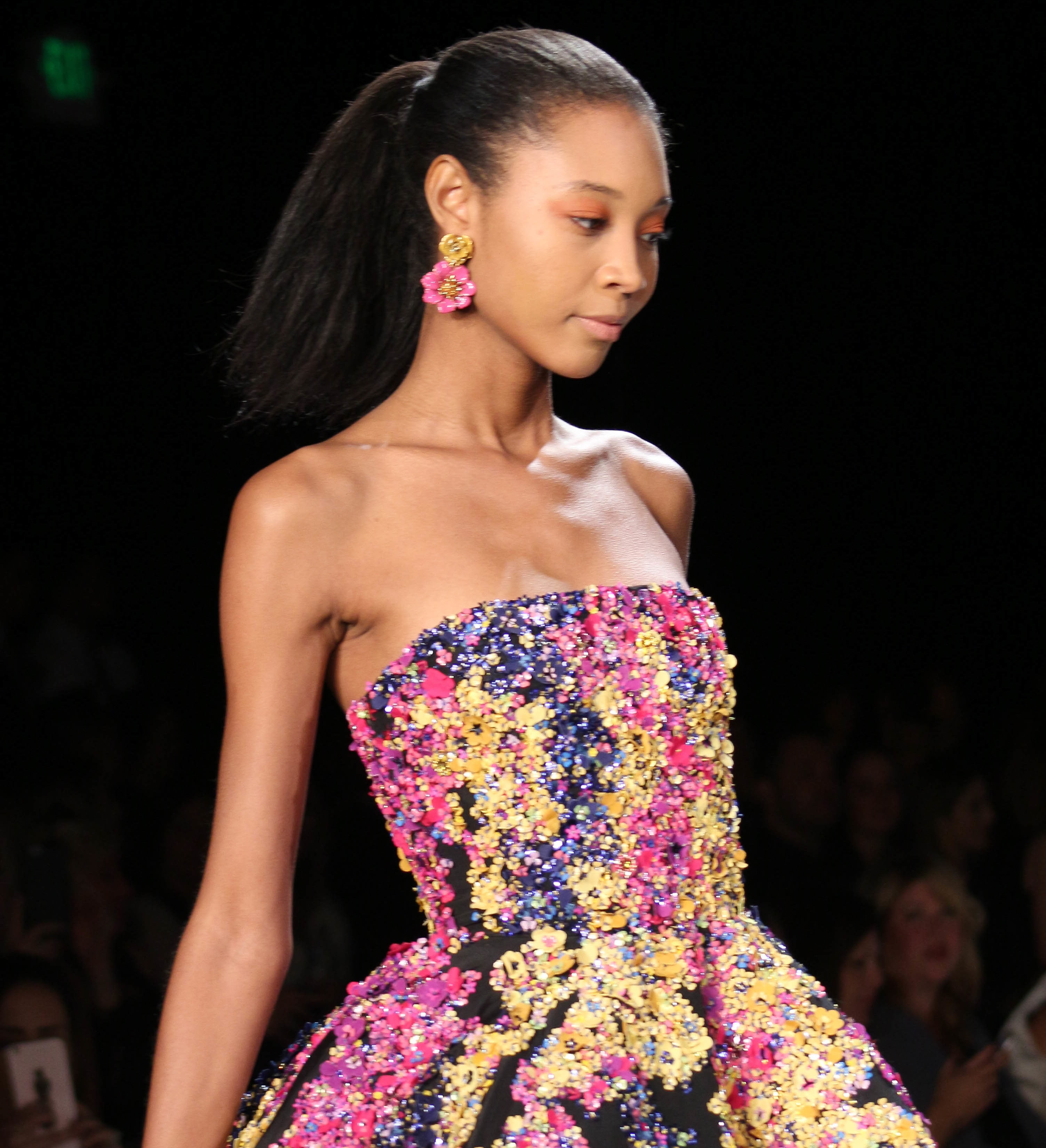 Sugarfina, champagne and blowout bars were all part of the atmosphere after the show-transforming the chandelier-ed tent into any woman’s dreamland. Get your makeup done while sipping on a delicious Ketel cocktail? I’m on board! There’s nothing like seeing glamourous models walk the catwalk and then feel like a pampered model yourself at an after party! 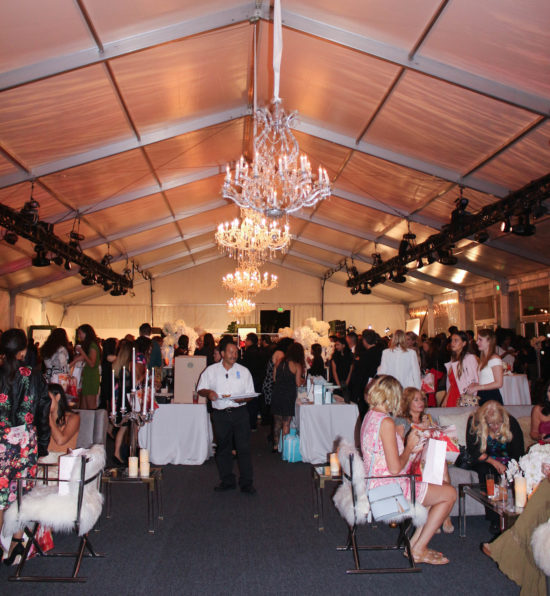 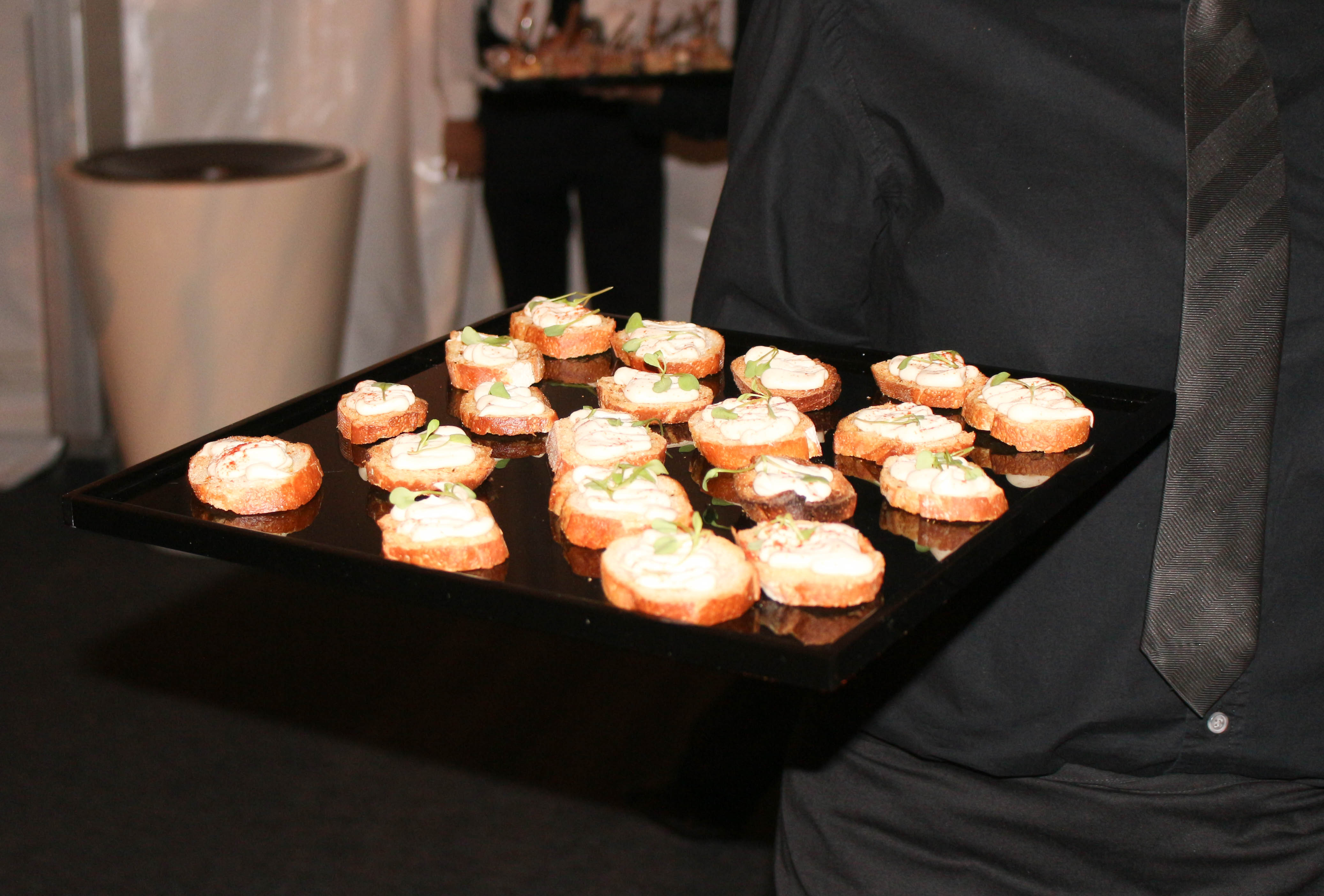 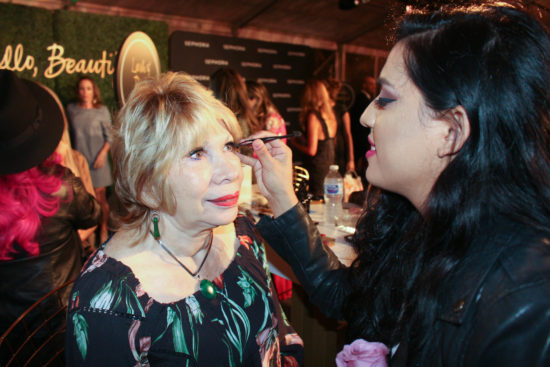 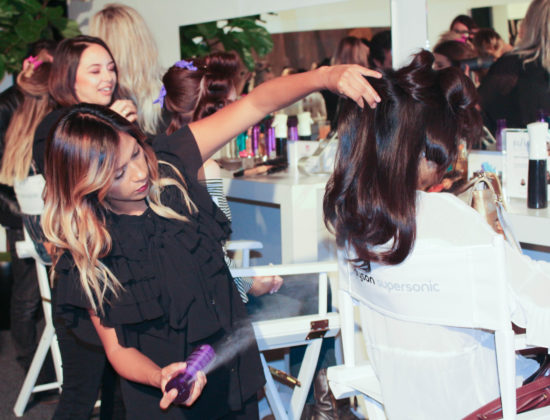 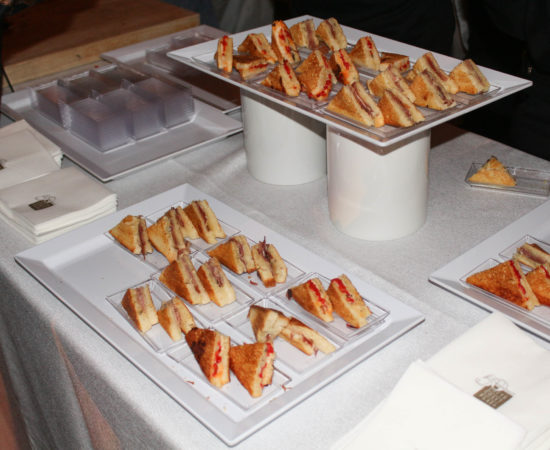 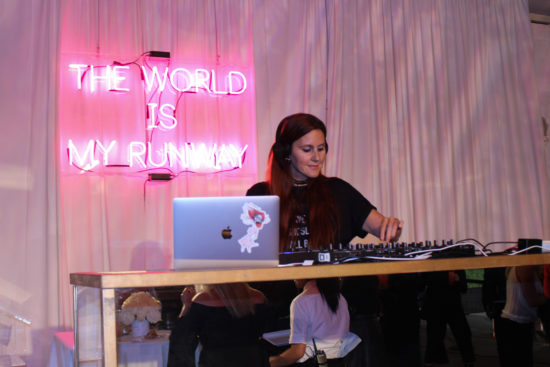 On Sunday, on a rooftop in Century City, Harper’s Bazaar hosted a second and final event, ‘A Night to Inspire and Be Inspired,’ showcasing women leaders in a variety of industries. Presented by Bloomingdale’s and Theory, this trifecta entertained a panel discussion featuring Cindy Johnson, of Cindy Johnson Law Group, Jill Matson, Co-Owner of Emi Jay, Millana Snow, the Founder of Wellness Official, and Eliza Wexelman, Co-founder and Creative Director of Girls At Library.

In this day and age, it’s essential that women in all paths of life do more than just protest, but brainstorm, collaborate, and inspire one another. Harper’s Bazaar did just this in bringing together ladies in different avenues of business to not only discuss their background and success, but essentially ‘to be inspired’ by one another! As Avril put it, “you never know what little bit of help along the way might help propel someone else.” As Harper’s Bazaar has always been the creative brainchild of a variety of strong and intelligent women, from Diana Vreeland to Liz Tilberis, to today’s Editor-in-Chief Glenda Bailey, HB remains at the forefront of issues and provokes others to do the same! That was absolutely a weekend for the books!

SJP CONFIRMS - Sex & The City 3 the Movie is definitely NOT happening ...