For the first time ever a fashion film festival will be launched at a movie studio, the Hollywood of the Balkans. BFW will be held from June 5-10th at Nu Boyana Film Studios.

The ambition of the organizers is to gather artists from around the world in Bulgaria,a country not yet known as a fashion destination. The theme is “Fashion meets cinema” and Nu Boyana Film Studios is the  gracious host and  partner of the event. The event would not have been possible without the support of Nu Boyana Film Studios. Starting June 5 – 10th Nu Boyana will become the  largest “Fashion City” in Eastern Europe.

With the educated eye of international industry professionals designers and film directors will have the opportunity to showcase their work during Balkan Fashion Week.

The aim of the fashion platform is to create and establish lasting conditions for long term collaboration between East and West Europe. Various fashion and art presentations, as well as live music performances, will take place amidst the the scenery of the studio in Nu Boyana Film Studios.

At the special meeting with the media, the organizers of the biggest fashion forum in the Balkans revealed details of their event. The press conference opened with Mr. Yariv Lerner , the CEO of the Nu Boyana Film Studios expressing his excitement in the collaboration that will take place over the next few months at Nu Boyana. Nu Boyana gives their support to the special projects with the Balkan Fashion Week. Among the events taking place will be a film competition by the first annual international film festival, ASVOFF and the grand prize, the Nu Boyana prize, will be 50,000 EUROS in services and 5,000 euros in cash to the winner which will help fund the filming and realization of a short or feature film. Mr. Lerner is an advocate of supporting emerging talent. “This is only a small part of the the surprises that are in store for you and the exciting things that we have prepared.” Said Mr. Lerner.

The international fashion icon, blogger, talent scout and creator of the first annual international fashion film festival, Diane Pernet, was a guest at the conference. For the past nine years ASVOFF has been launched in Paris, first at the Jeu de Paume and then for the past 7 years at Centre Pompidou. This edition marks the first time the festival has been launched outside of Paris and on a film studio. Be prepared for live broadcasts of the event around the globe in locations such as Paris, London, Barcelona, Lisbon, Milan, Moscow and Bucharest.

“Up until now ASVOFF has screened at many locations around the world but this year we decided to do something completely different and to launch ASVOFF 9 on a film set, Nu Boyana. The film studio is the heart and the soul of cinema so it only makes sense to launch ASVOFF 9 here and thanks to Mr. Lerner and Balkan Fashion Week we have been given that opportunity. We feel like kids in a toy shop in a constant state of wonderment at all the possibilities Nu Boyana studios provides.” Said Diane about the upcoming edition of her prestigious film festival.

In attendance at the press conference were Mira Postolache – International PR of Balkan Fashion Week, Jolita Manolova – Art Director of the Balkan Fashion Week, as well as some of the organizers : Teodora Guergova, Kristina Dimitrova, Maria Koleva, Elena Alexy and Mila Zaharieva.

Balkan International Wine Competition and Festival BIWC will be held days before the opening of the Balkan Fashion Week and their theme this year is the fight against breast cancer. Balkan Fashion week will partner in the campaign against breast cancer, which has a worldwide motto: #winelover against cancer. Its aim is to raise awareness and information about disease prevention. T-shirts with the campaign slogan will be available to purchase during Balkan Fashion Week. The funds raised by the sale of the t-shirts will go towards the purchase of a camper van, which will travel across the country providing research and information to women in Bulgaria. 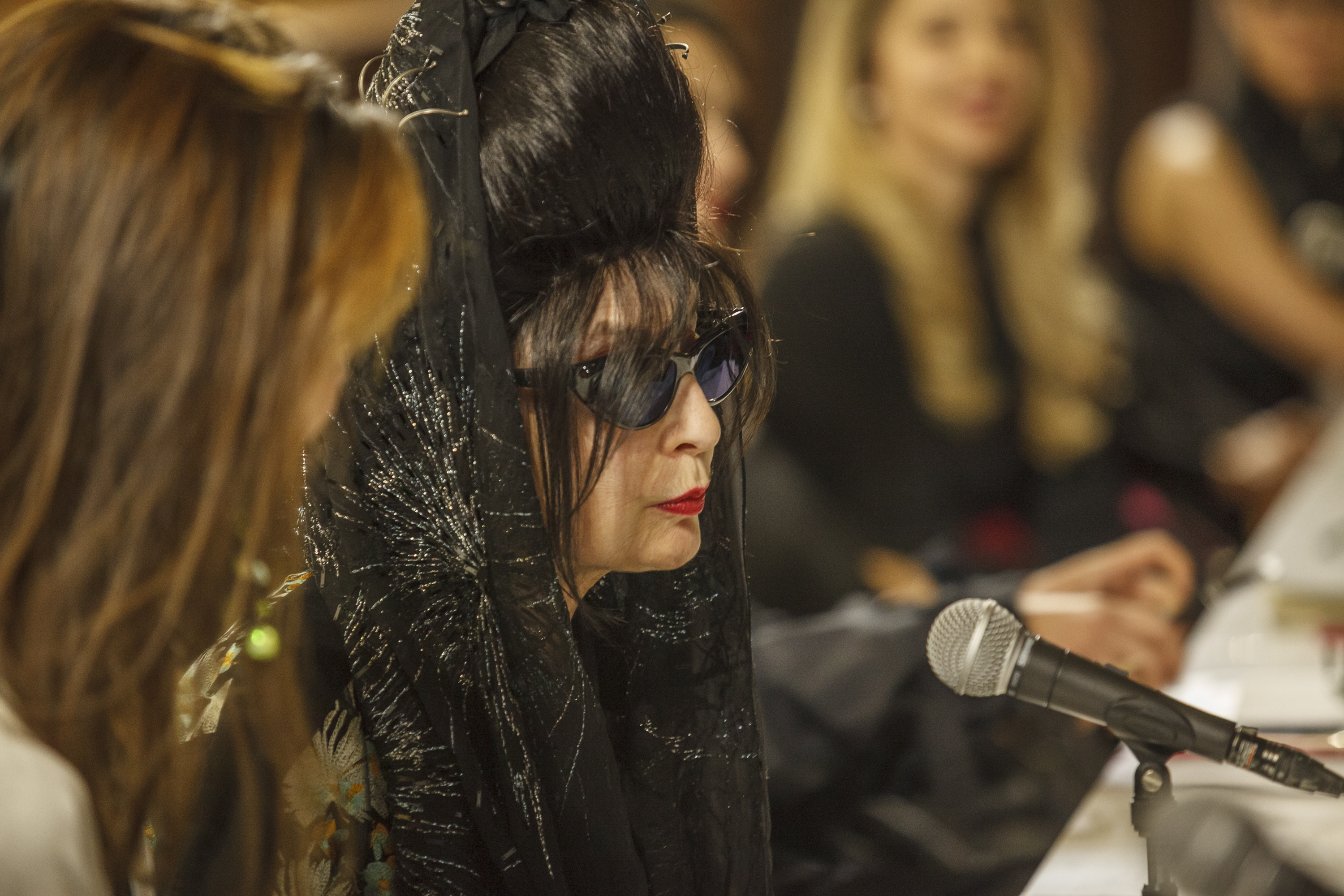 Lviv Fashion Week AW17 - everything you need to know