Highlighted by US Weekly as the “best gala of the year”, you don’t want to miss your chance to attend Face Forward’s 7th Annual Gala, “Havana Nights”, which will take place at beautiful Vibiana in Downtown LA on September 24, 2016! 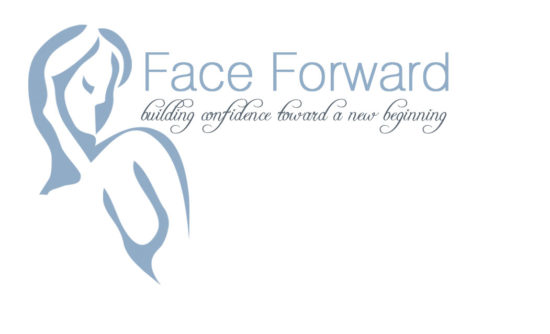 This year promises to once again be a night full of entertainment and celebrity guests, Fortune 500 businesses and the elite of Beverly Hills. You are invited to this black tie affair with a little Cuban flair, featuring a performance by Grammy Winning R&B Artist NELLY.

Last years’ Gala, hosted by actress/comedian Nicole Sullivan, was held at the Millennium Biltmore Hotel with a Moulin Rouge theme, complete with amazing acts of entertainment, a star filled red carpet, and a silent and live auction. Guests were treated to stellar concert performances from Grammy winning artists Macy Gray and Chaka Khan. Some of the celebrity talents in attendance included LaToya Jackson, cast members of CBS’s Code Black including Marcia Gay Harden and Luis Guzman, actress Lana Parrilla of ABC’s Once Upon A Time, World Champion boxer “Sugar” Shane Mosley and many more!

In 2015 alone, Face Forward was able to provide over $750,000 in donated surgical and therapy services! Their pro bono services are made possible by the support of amazing sponsors and donors, as well as their annual fundraising Gala event.

“We are proud that Face Forward’s Annual Gala stands out from all the rest…as we take this night as an opportunity to truly celebrate the lives of the survivors we treat, and do so in a glamorous and entertaining manner. The night is dedicated to the progress made by each of our patients and to continue raising awareness and support for victims of domestic violence, human trafficking and cruel acts of crime.

All proceeds raised through our Silent and Live auctions directly support our patients’ treatments and post-surgery recovery care, and donations made to Face Forward are tax deductible. Face Forward’s mission is to provide emotional support and reconstructive surgery for women, children and men who have been victims of Domestic Violence, Human Trafficking or any Cruel Acts of Crime.”

The urgency in providing relief to innocent individuals lies in the fact that the lasting physical and emotional effects of domestic violence and human trafficking have a documented ripple effect through generations and can affect many more than just the abused. The scars of abuse are a constant reminder of the traumatic event, causing physical and psychological pain, often times lasting much longer than the abusive event. These reminders can cause victims to feel ashamed, ostracized, and unable to fully recover.

You might be asking yourself right now, “Why should we support Face Forward?”

We believe you should look at our Non-Profit Organization as a strong ally in the fight against Domestic Violence, Human Trafficking or any other Cruel Acts of Crime, because we care deeply about our patients and we help those who want a better life; those who want to look and feel beautiful, inside and out, just like we all do.

Face Forward wasn’t created just to remove the physical damage caused by violence. It was created to heal people’s lives and restore their emotional health. Surgery, operation rooms, surgery materials, Visa if needed, medicine, hotel stay, nursing care, airfare and therapy can cost a fortune. Each surgery costs Face Forward from $6,000-10,000 and most of their patients require a minimum of 10 surgeries.

They give their patients a “hand up” not a “hand out” and by doing so, they have overcome various obstacles in life and with Face Forward’s help, they have managed to create a better future. By helping them believe that anything is possible, patients succeed in many ways. Some have become Advocates, International Motivational Speakers, Founders of their own Non-Profit Organization and much more.

or visit their social media:

A Chic Sense of Humor - Centinelle’s Scarves and Pocket Squares