Coming across a celebrity in Los Angeles is not a rare occasion. However, coming across a humble, down-to-earth one is. Luckily for me, I had the pleasure of meeting the latter. Tallia Storm, a mega-talented singer/songwriter hailing from the UK, was popping into Los Angeles for the week to attend the Teen Choice Awards and to record her debut album. LA FASHION sat down with Tallia at the famous Beverly Wilshire to discuss the teen star’s current and future plans for her take over. She was fabulously dressed in an allover-sequin bomber jacket, seriously distressed denim jeans, and gold glitter Miu Miu sneakers. She was generous enough to gift to us her debut novel Pop Girl, which will be released in the United States in October (so set your reminders now to snatch a copy).

What does fashion mean to you?

“It’s a cultural barometer. Fashion is a form of free speech and of self-expression. Living in a Kardashian generation, so many girls aspire to be like them. In my opinion, young girls shouldn’t be afraid of their self discovery. It’s ok to explore our own limits, original identity and celebrate ourselves. We shouldn’t feel frozen in a culture that is dictated by someone else. We should play with fashion, mix it up and be creative with it, but for goodness sake, the only way to become authentic is to restore the belief in yourself and not the projection of others.”

Do you have any favorite designers?

“From a designer perspective I adore Chanel and especially since they manufacture so much in Scotland now – from their magnificent cashmere and tweeds to their accessories – it’s a dream. Not that my wardrobe is full of it but if I could buy designer all the time, I would invest in classic, timeless pieces. For everyday I’m a high street kinda gal. I love H&M, River Island and Topshop and I also love to discover new young designers. When I go to a new city I seek out the art schools like Parson’s and look for all the incredible and innovative new talent. My dress for the Teen Choice Awards was a piece of art which was valued at $10,000 by Spanish designer Alfredo Villlalba and it was just magnificent. True couture, hand made and custom embroidered with crystals. I have so much respect for these creative artisans in fashion.”

Tell us about Sir Elton John…

“It was the most chance meeting. My family and I were in Hawaii and I spotted David, Elton John’s partner and gave him my demo. Within 24 hours, Elton called me as I was going though customs at the airport, and the relationship blossomed from there. I am so truly blessed and I realize how lucky I am.”

What will you be doing during your stay in Los Angeles?

“Well I did attend the Teen Choice Awards but I am also here to record my debut album. I am not signed to any label, which I am happy about because I get to record music that I want to record-not something someone else has fabricated for me. It’s so amazing to be in the studios like Larrabee and work with great people like Jaycen Joshua. I’ve working with some incredible superstar producers too – can’t reveal who yet…but watch this space. And of course I will try to fit in touristy things as well – I love Santa Monica pier.”

How do you feel about recording your debut album?

“I feel like I’ve finally crafted the “Tallia Storm” signature sound. I feel like I’ve found my own feet, and this album says, “This is me, this is what I can do, this is how and what I sing.” It’s R&B with a jazz influence, leaning more on the pop side.” 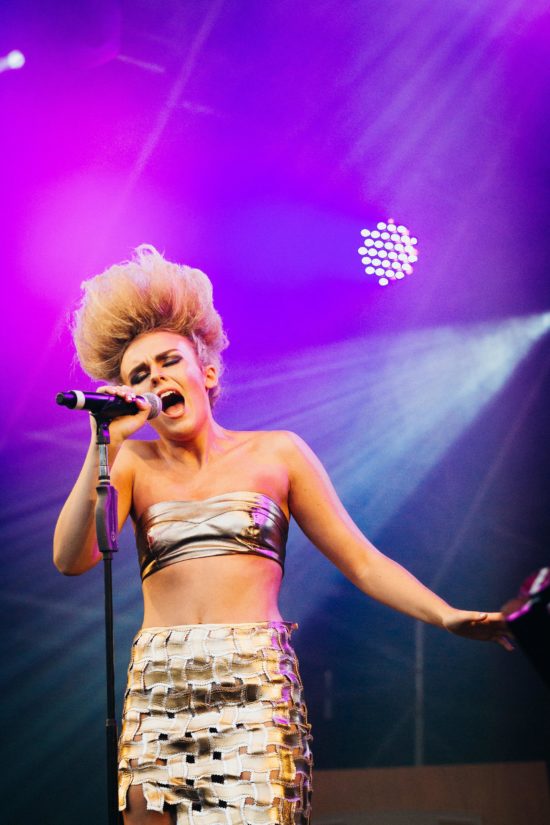 What is it about music that inspires you?

“I just became infatuated with music – I grew up in a music environment – my father is a composer and plays jazz piano so I would spend hours singing Ella Fitzgerald, Dinah Washington and thanks so my him I discovered John Coltrane and Miles Davis. From there I discovered the Motown greats like Stevie Wonder and Marvin Gaye. I also love modern day contemporaries like the incredible John Legend, Erykah Badu, Jill Scott and of course the legend that is Beyoncé . I just saw Kendrick Lemar actually live in London and he was insane. I read music, I’m addicted to music – it’s part of my inner soul. Everything about it inspires me so from a very early age I just knew that was the only thing I ever wanted to do.”

What is your favorite part of performing?

“The only part for me that is a little unnerving is when I speak to the crowd. The, “Hey guys, how’s it going?” part. But once I get into my zone, once the music starts, I just get lost in it and everything is so natural. It’s not a job for me- I truly am doing what I love.” 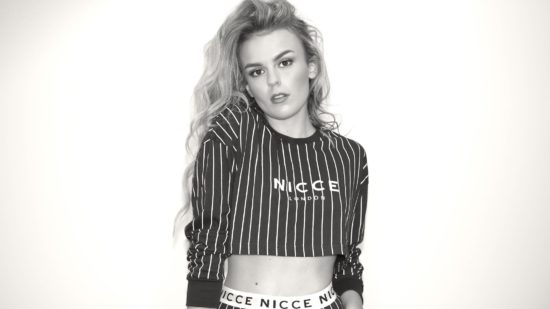 What are your goals for your career?

“My goal is to sell out at Madison Square Gardens, or Staples Center, etc. I want to go on a world tour- that’s my goal. I think it will take a lot of hard work and dedication but this is what I am supposed to do- this is why I’m here. You can’t let anyone get you sidetracked or offended. There will be ups and downs, but I’m here for the long run.”