GREASE Live aired on January 31st, 2016. This show just completely blew every other show out of the park. The singing, the acting, the dancing, THE CAST. Everything was perfection. This epic show brought nostalgia, never-ending smiles, and a yearning for everyone to get off their couch to dance their heart out.

Here are 5 of the best moments of the night:

Coming from a past of innocent, nice girl roles, it was unknown how she was going to perform as the notorious bad-ass, Rizzo but Vanessa totally crushed the game. Although her father passed away from cancer the day before the show, she still managed to get up there and give her all to the character proving that she is not only talented and beautiful but strong as well. Seeing Carly Rae Jepsen (new Frenchy) and Didi Conn (original Frenchy) together was just beyond words. CAN YOU SAY NOSTALGIA? We all cried a little. With both their chemistry and talent combined, Aaron and Julianne were the most perfect Danny and Sandy! They obviously had a lot to live up to with their iconic predecessors,  Olivia Newton John and John Travolta, but they definitely did not disappoint. These two are a huge pool of talent. They are the epitome of triple threats. BRAVO TO THE CASTING DIRECTOR.

We all loved the fact that the same lines/references that were made in the original, were made in this one, too. Both in gestures and voices alike, this incredible cast held true to the feel of the original movie. The writers of GREASE Live also made sure to include the iconic one liners, as well as less significant lines from the past as well. (HE ELBOWED HER IN THE BOOB, JUST LIKE THE ORIGINAL) 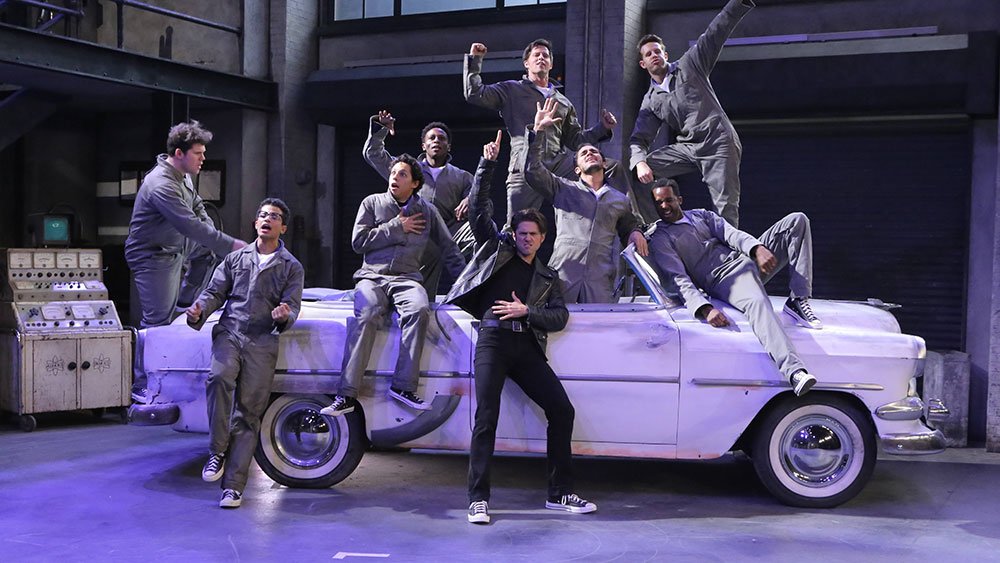 Seriously?! One cannot sum up all of the great moments of GREASE Live into only 5 parts, because all of the moments were great! This is the kind of show that someone will watch, and immediately feel inspired to go chase after their dreams. GREASE Live showcased the talents of so many, put on a entertaining 3 hour show, and embodied the originality and iconic nature of the film released 38 years ago, whilst also incorporating innovation and modern authenticity.

Be right back! Going to go watch the show 10 million more times.

No Older Articles
Next Article