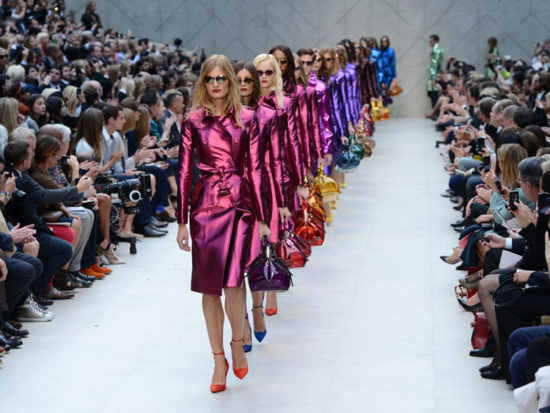 The Brits are coming! The Brits are coming! Last night was the end of London Fashion Week, the 2nd stop in the tour of the Big Four: New York, London, Milan & Paris, and let’s just say London was full of Looks this September! Some of the biggest players of the catwalk game were: Burberry, House of Holland, Ralph & Russo, Topshop, Temperley London, Julien Macdonald, and of course Tommy Hilfiger’s Tommy x Gigi [Hadid] collab. Sequins, feathers, mini dresses, and huge pops of color lined the runways, and LAFM is here to give you the low-down on these London lines!

The bold brand that was once merely hunting jackets and now is one of the top fashion brands in the world has turned a corner-losing their quilted plaid jackets for plaid caps, funky raincoats and tailored coats, they’ve stayed true to the company’s essence but made it all over unique! Headed by Christopher Bailey since 2001 this brand is absolutely one to watch! 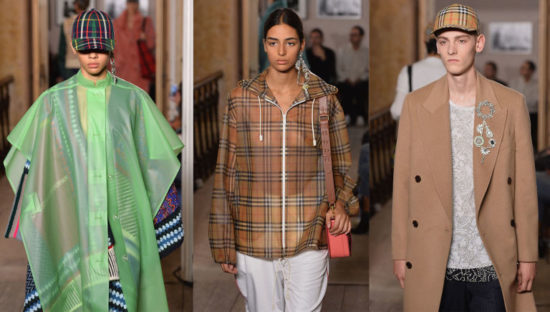 Under the imaginative mind of Henry Holland, House of Holland has risen from slogan tees to flawless and funky runway designs. The fashion brand is celebrating it’s 10th year, and the designs from this House are definitely something to celebrate! With Alexa Chung & Pixie Geldof sitting front row this epic collection is one to take notice! 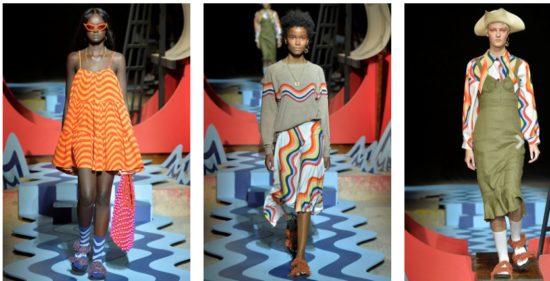 This low-cost high-quality brand has ALWAYS been on our radar and it should be on yours too-especially once you see these get-ups! The brand itself was founded in 2001 and quickly became a must-see event during London Fashion Week, with models like Cara Delevigne, Jourdan Dunn and Lily Donaldson walking in these fab finds! This September they donned trends that are sure to be in every fashionistas closet-with metallics, florals and…snakeskin, take a look below!

Formerly the Head Designer of Knitwear at Chanel under Lagerfeld, who moved on to create his own label in 1998, he quickly became one of the top designers in the UK and the world. Dressing A-Listers like Katy Perry, Naomi Campbell, and Miley Cyrus-just to name a few, his designs are #CatwalkCertified. This September he brought the heat in smokin’ hot mini dresses covered in tassels and complete with sequins, he incorporated models like Hailey Baldwin to strut his designs. My only question is…where can I get one?? 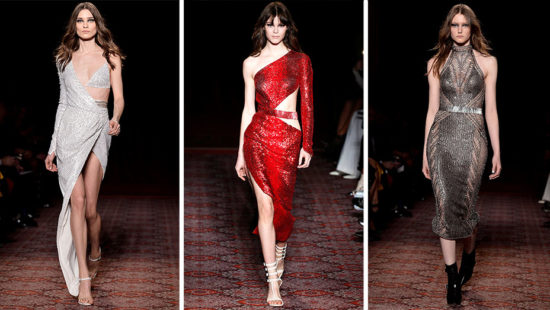 The man who’s internationally known-Tommy, TH, Hilfiger, and most recently epic collaborator, Tommy Hilfiger wears a lot of hats and has, ever since he started the brand in 1985. He may have decades in the industry but his designs are anything but aged-especially now with his recent collaboration with Supermodel-of-the-Moment Gigi Hadid-who he’s now launched his 3rd runway with the Tommy x Gigi brand. ‘TommyNow’ it was called, and it called upon everyone to open their eyes wide as the likes of Bella Hadid, Anwar Hadid, Lucky Blue Smith and more graced the catwalk in their plaid patterns-making the end of London Fashion Week a smashing success! 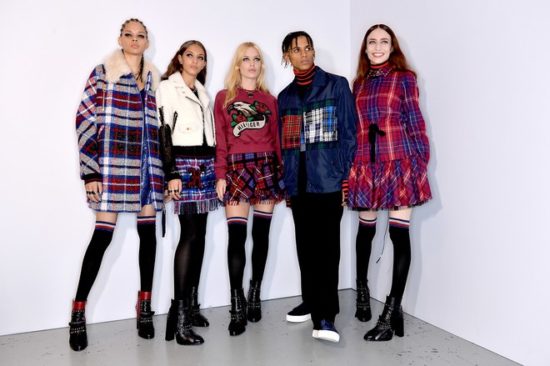